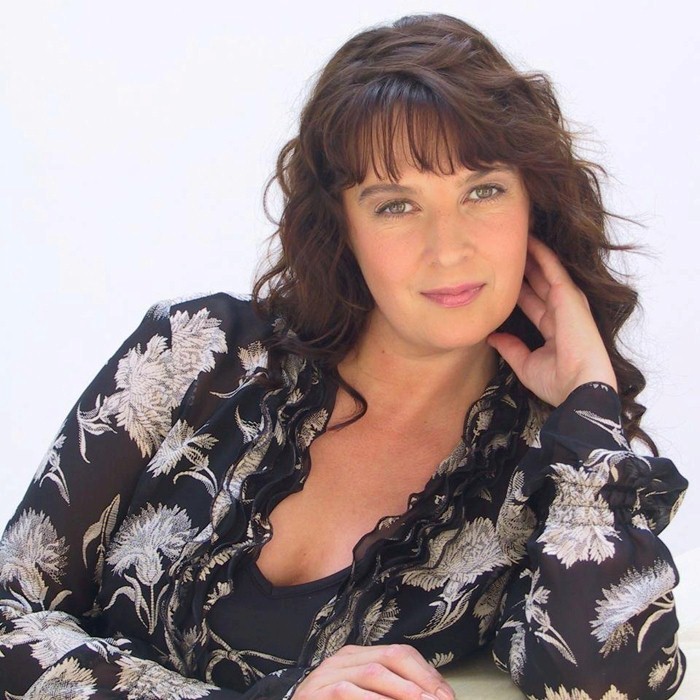 Andrea Jürgens Andrea Elisabeth Maria Jürgens (born May 15,1967 in Wanne-Eickel , North Rhine-Westphalia , Germany ) is a German schlager singer. She became famous as a child star in the late 1970s when she had her first hit with "Und dabei liebe ich euch beide" at the age of ten. She's been active in the music business ever since with more than sixty single releases. Career The early years Andrea Jürgens is the daughter of Heinz and Margret Jürgens. She performed her debut hit "Und dabei liebe ich euch beide" in her very first television appearance which took place in the ARD Silvestergala in the New Year's Eve of 1977/1978. The song was written by Jack White_(producer) and Jon Athan. Its lyrics handle the post-divorce situation from a child's perspective. Further appearances on various television and radio shows followed. In the March of 1978 Andrea Jürgens was the viewers' choice winner on ZDF -Hitparade, a television show conducted by Dieter-Thomas Heck . In the fall of 1978 the follow-ups to the debut hit were released. "Ich zeige Dir mein Paradies" (I'll show you my paradise) and "Tina ist weg" (Tina has run away) together with her success in the so called hit parades concluded Andrea Jürgens' position as the first big child star in Germany since Heintje . In 1979 /1979 she gained further success with "Ein Herz für Kinder" (A heart for children) and "Eine Rose für dich" (A rose for you). In October 1979 the Christmas album Weihnachten mit Andrea Jürgens was published. Its sales exceeded 1,5 million copies in just three months. Consequently the album achieved multiple gold records and double platinum. The album included the single "Aba Heidschi Bumbeidschi". 1980s Andrea Jürgens' commercial success continued in a smaller scale in the early 1980s. The folk music album Andrea Jürgens singt die schönsten deutschen Volkslieder was released in 1981 . Her next single hits were "Mama Lorraine" (1981), "Japanese Boy" (1981) and "Playa Blanca" (1984). Like "Manuel Goodbye" (1983), "Playa Blanca" was originally sung in English by Audrey Landers . Jack White produced the German versions for Andrea Jürgens. The albums Solang' ein Mädchen träumen kann (1982) and Weil wir uns lieben (1984) were not such chart busters as their predecessors. In the latter half of the decade no new studio albums were released. She had though some single releases (e.g. "Ciao ciao amore") and a "Best Of" compilation which was published in 1987 . 1990s and afterwards Next studio albums by Andrea Jürgens were released in the early 1990s (Küsse der Nacht, Liebe). The album Ich krieg' nie genug von dir was released in 1993 . It included once again a song originally interpreted by Audrey Landers, namely "Guten Morgen Sonnenschein" ("Honeymoon in Trinidad"). In 1996 Jürgens recorded the single "Wir greifen nach den Sternen" together with the Nockalm Quintett . The song was included in the album Wenn ich glücklich bin (1996), the opening track of which is the German cover version of Madonna >'s hit "You'll See ", "Du wirst sehen". In 2002 Andrea Jürgens celebrated her 25-year singing career. The anniversary was celebrated by publishing the jubilee album Dankeschön zum 25jährigen Bühnenjubiläum. In the new century she changed her record company from BMG /Bertelsmann_Music_Group to KOCH. Lust aufs Leben (2005) was her first studio album under the new label. Jack White and Peter Wagner had been the producers of Jürgens' albums during her BMG-years, Mr White often mentioned as the executive producer on the album cover. In KOCH her producer has been Alfons Weindorf . Her early albums were published in a non-plastic CD-box in 2006 by White Records. The albums are: Ich zeige dir mein Paradies, Eine Rose schenk ich dir...und dieses Lied, Irgendwann wird jedes Mädchen mal 17, Mama Lorraine and Solang' ein Mädchen träumen kann, each one with original cover artwork Lyrics The lyrics of Andrea Jürgens' songs are mainly about typical schlager themes, like friendship and love. The divorce theme in her very first hit "Und dabei liebe ich euch beide" (1977) was a major exception. In the German schlager scene divorce was a taboo subject until 1970s; the lyrics were mainly about harmonious relationships. During the decade, the reforms and discussion about the reasons and consequencies of divorce changed all this. Awards Andrea Jürgens has been awarded with various national music prizes. She has achieved many silver, gold and platinum records for her singles and albums. The album Weihnachten mit Andrea Jürgens has been especially successful having achieved multiple gold and platinum. It has been commercially available throughout the year since its first publication. In 1982 and 1983 Jürgens was granted the Goldene Stimmgabel . This article is based on a translation of an article from the German Wikipedia
Status