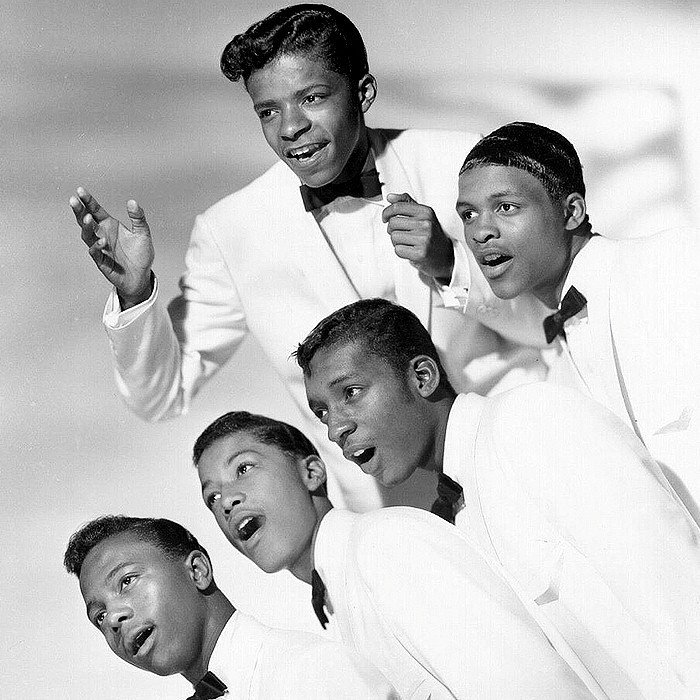 Little Anthony & The Imperials is a rhythm and blues/soul/doo-wop vocal group from New York, first active in the 1950s. Lead singer Little Anthony was noted for his high-pitched falsetto voice influenced by Jimmy Scott. In 1957, a doo-wop group known as The Chesters existed with members Clarence Collins, Tracy Lord, Nathaniel Rodgers, and Ronald Ross. Anthony Gourdine, a former member of The Duponts, joined as lead vocalist. Ernest Wright took over for Ross, and the group recorded shortly for Apollo Records. Changing their name to The Imperials, they signed with End Records in 1958. Their first single was "Tears On My Pillow", which was an instant hit. (While playing this song, D.J. Alan Freed dubbed the name "Little Anthony".) The B side, "Two Kinds of People" was also a hit. The group followed up with "Shimmy, Shimmy, Ko Ko Bop" in 1960. When their success dwindled in 1961, Little Anthony left to attempt a solo career. Some members left, and the line-up then became Collins, Wright, Sammy Strain, and George Kerr. Kerr was replaced by Kenny Seymour after a short time. This line-up had little success. Little Anthony returned in 1963, replacing Seymour. With the help of record producer/songwriter Teddy Randazzo, the group found success on the new DCP label with the dramatic pop-soul records "I'm On The Outside Looking In" (1964), "Goin' Out Of My Head" (1964), "Hurt So Bad" (1965), "I Miss You So" (1965), "Take Me Back" (1965), and "Out of Sight, Out Of Mind" (1969). Ernest Wright left in 1971 to join Tony Williams' Platters. He was replaced by the returning Kenny Seymour, who was again replaced after a short time by Bobby Wade. Strain left in 1972 to join The O'Jays, and was replaced by Harold Jenkins (who had already been functioning as the group's choreographer). Jenkins and Seymour had previously performed together in The Impacts. Little Anthony left for a second (more successful) attempt at a solo career. The trio of Collins, Wade, and Jenkins continued as "The Imperials". Clarence Collins left in 1988 and was replaced by Sherman James. They toured as "Bobby Wade's Imperials". James left in 1992, and was replaced by Ron Stevenson. That same year, Collins, Wright, Strain, and Little Anthony reunited for a concert at Madison Square Gardens. When the decision was made for the foursome to tour together again, Wade relinquished the Imperials name, with his group becoming "Bobby Wade's Emperors". They became the house band at Caesar's Palace in Las Vegas. Little Anthony, Collins, Wright, and Strain continued touring as "Little Anthony and the Imperials". Strain retired in 2004, and Harold Jenkins returned to take his place. They were inducted into the Long Island Music Hall of Fame on October 15, 2006.