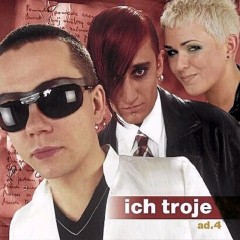 Ich Troje is a Polish pop group created in 1996 in Łódź. It is currently made up of Michał Wiśniewski, Jacek Łągwa and Jeanette Vik. Previous members include Magdalena Pokora (aka Magda Femme, 1996-2000), Justyna Majkowska (2000-2003), Anna Wiśniewska (aka AniQa, 2003-2010), Jeanette Vik (2010-2011), and Justyna Panfilewicz (2011-present) Michał Wiśniewski, the charismatic red/green-haired singer, has been one of the most popular people in Polish show business for several years. The group's name can be translated as "Those Three", and is the same as the Polish translation of film title "The Threesome", which inspired the name as part of an inside joke. Ich Troje's rise to fame started in the late 1990s and picked in early 2000s when its pop and rock influenced songs stayed atop Polish music charts. The band represented Poland in the Eurovision Song Contest in 2003, finishing 7th, but reunited in 2006 and represented Poland in the Eurovision Song Contest once again. 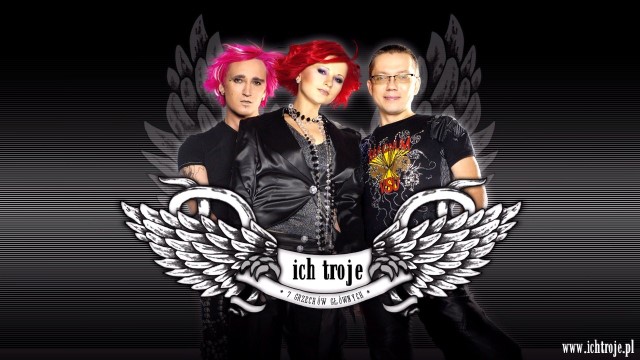