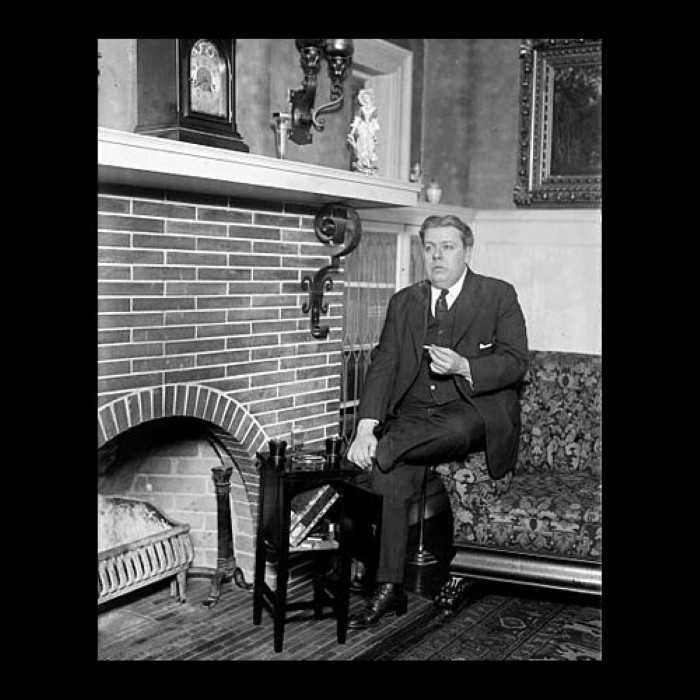 Henry Burr (January 15, 1882 - April 6, 1941) was a Canadian singer of popular songs in the early 20th century, an early radio performer and producer. He was born Harry Haley McClaskey and used Henry Burr as one of his many pseudonyms, in addition to Irving Gillette, Henry Gillette, Alfred Alexander, Robert Rice, Carl Ely, Harry Barr, Frank Knapp, Al King, and Shamus McClaskey. He was one of the first singers to make popular acoustic recordings and one of the most prolific recording artists of all time, with more than 12,000 recordings by his own estimate. A tenor, he performed as a soloist and also in duets, trios and quartets. His most famous collaboration was the Peerless Quartet.

Born in the border town of St. Stephen, New Brunswick, Canada, Harry McClaskey was the son of a candy and tobacco store owner, A. A. McClaskey. His mother was the former Ida Connors and he was the youngest of four children. His vocal talents were recognized early and by the age of 5 he was performing publicly in St. Stephen. At age 10 he was the mascot for the Saint John Bicycle and Athletic Club in the nearby city of Saint John, singing "Her Eyes Don't Shine Like Diamonds" and at age 13 he was performing onstage as a boy tenor with the Artillery Band in Saint John. The family had moved to Saint John by this time. Perhaps doubting that he could make a career in music, he later attended Mt. Allison Academy in Sackville, New Brunswick, and afterwards worked for his father. On April 14, 1901, he appeared at the opera house in Saint John in his first notable concert with the Scottish soprano Jessie MacLachlan. On September 30, 1901 he was discovered by the Metropolitan Opera baritone Giuseppe Campanari who was in Saint John to perform at the St. John Opera House. Campanari insisted that McClaskey go to New York for musical training.

Emboldened by Campanari's endorsement, McClaskey ventured to New York in 1902, where he began lessons and sang with the Grace Methodist Episcopal Church choir. He ultimately rose to tenor soloist for the choir. His teachers included John Dennis Meehan (or Mehan) and Kate Stella Burr, from whom he would adopt his stage name in her honour.
It was around 1902 that he started to make recordings with Columbia Records and he used the name Henry Burr at that time. He arrived at a particularly opportune time for Columbia, as their star tenor George J. Gaskin was in the final years of his career. He started recording for Edison Records as well in November 1904, under the name Irving Gillette. Disagreements with company executives resulted in him no longer recording for Edison after October 1914. He first recorded with Victor on January 4, 1905, and the recordings were first released that March. On April 7, 1905 he recorded Egbert Van Alstyne's "In the Shade of the Old Apple Tree" which proved to be highly popular. It was also recorded by contemporary Billy Murray the same year. Burr proved to be a successful artist, recording as noted, thousands of songs for various labels under various names. He would record with Leeds Talk-O-Phone and the American Record Company as well.

Collaborations:
In 1906, Burr joined the Columbia Male Quartet which was recording for the Columbia Record Company as second tenor under the management of Frank C. Stanley. They were later renamed the Peerless Quartet when they moved to the Victor label. When Stanley died in 1910, Burr took over management of the group. It continued on as a popular recording and live performance team (with various personnel and name changes over the years) until 1928, when it disbanded. Burr was also a member of other recording groups, including the Metropolitan Trio and the Manhattan Mixed Trio, both of which featured him with Frank C. Stanley and Elise Stevenson. In 1921, he was a minor collaborator on Broadway, contributing music to a summertime review called The Broadway Whirl.
Burr also recorded successfully in a duo with Albert Campbell. The pair had a succession of major commercial hits between 1911 and 1925, including "The Trail of the Lonesome Pine" (1913); "Till We Meet Again" (1919); and "I'm Forever Blowing Bubbles" (1919).

As a businessman:
By 1915, he was in a comfortable position financially, and he began to seek ways to invest his money. That year, he formed the Paroquette Record Manufacturing Company with Fred Van Eps, based in New York City. The Paroquette system used vertical cut records and featured his own recordings and those of several other performers. As a novel introduction in a highly competitive market, the Paroquette recording technique was an early failure, and the company was out of business by 1917. Burr also tried music publishing, and he also shared ownership in a banjo factory with Van Eps for a short while.

Burr performed live on the radio while broadcasting technology was still in its infancy. He made his first appearance in 1920 in Denver, Colorado using a microphone improvised from a wooden bowl with an inverted telephone transmitter. The broadcast was heard as far west as San Francisco. Burr is also credited with making the first transcontinental 'broadcast' by singing into the telephone in New York and being heard by diners wearing headphones at a Rotary dinner in California. Also in 1920, he signed an exclusive contract with Victor that lasted seven years. A lucrative contract, it made him (for a time) a wealthy man.
By the late 1920s, his recording career was over - electrical recording technologies had led to the crooner style of tenor first exemplified in the singing of Gene Austin and Al Bowlly - but the commercial potential of radio continued to interest Burr. As a result, he became involved in early radio programming, forming Henry Burr, Inc. in 1928 as a producer of radio programming. He produced numerous programs for commercial radio networks into the 1930s. He originated the Cities Service broadcast, which he produced for two years.
In October 1929, he reportedly lost a substantial portion of his wealth in the Wall Street Crash of 1929. Within a month, however, he was appointed Director of the Artist's Bureau at CBS which had just been organized under the ownership of William S. Paley.
Around 1935, he returned to performing on the radio as a member of the WLS Chicago National Barn Dance troupe, which was broadcast over NBC on Saturday evenings. He soon became a featured performer on the show, which he stayed with for five years until shortly before his death. He suffered from throat cancer and died in Chicago on April 6, 1941. Buried near his stepdaughter Marguarite in Mount Vernon, New York, where he had lived, he was survived by his wife, Cecilia.

Cultural references:
Although Burr is rarely heard today in mainstream musical culture, his beautiful 1922 rendition of "My Buddy" was used on the soundtrack of a Boardwalk Empire episode, originally broadcast on October 8, 2012 (Season 3, Episode 4, "Blue Bell Boy").
Notably, in the 1960s, the famous ukelele-playing singer Tiny Tim frequently played Burr songs on stage and on such programs as The Johnny Carson Show.
Burr's 1915 recording of "There's a Little Spark of Love Still Burning" was used on Ernie Kovacs' Eugene special in 1960, and possibly on other Kovacs programs as well.