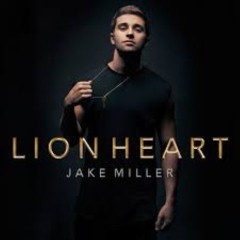 Jake Miller, born November 28, 1992, is an American singer, rapper, musician and songwriter from Weston, Florida who has had a meteoric rise in the music industry. In January of 2011 the multi-talented musician who taught himself to play the drums and guitar at a young age, put out a few homemade music videos on YouTube which immediately created a buzz and attracted the attention of music business insiders who began to guide Jake on his journey. Ever since Jake Miller began posting his original songs on YouTube a few years ago, the 21-year-old Miami-born pop artist has been building a virtual army of fans. His millions of social media community followers call themselves the Millertary and come to his concerts wearing camouflage and greasepaint under their eyes. They are devoted to Miller's irresistible musical blend of pop and hip-hop, combined with the positive messages in his songs. Miller has independently released two EP's: 2012's Spotlight and 2013's The Road Less Traveled, which debuted at No. 1 on the iTunes Hip-Hop chart. His full-length album, 2013's Us Against Them, sold over 33,000 copies and peaked at No. 5 on the Billboard Rap chart. One of MTV's 2014 "Ones to Watch" artists, Miller has shared stages with Mac Miller, Flo Rida, Sean Kingston, Asher Roth, Jason Derulo, Cody Simpson, Austin Mahone, and Sammy Adams at various radio festivals, including Y-100's Jingle Ball and the Calle Ocho Festival in Miami, where he performed for a crowd of more than 200,000 screaming fans. He also sold out a 43-city House of Blues Tour before a major record deal, driven primarily by his incredible social-networking presence. Now Miller is set to extend his reach even further, having signed to Warner Bros. Records, and will release his new single "First Flight Home" on July 5th. Produced by Danish songwriter-producer Cutfather (The Wanted), the track is an irresistible calling card for Miller, who credits Eminem, Macklemore & Ryan Lewis, and Drake as inspirations. Hailing from the South Florida community of Weston, Miller began rapping when he was 17, but began to take it more seriously a year later when his YouTube videos caught the attention of local news and radio stations. This led to his first-ever live performance -- a plum slot opening for Snoop Dogg in 2011. Having built the Millertary on his own, Miller is looking forward to seeing what he can achieve with the support of Warner Bros. Records behind him. "It's obviously a dream come true," he says. "The night that I signed my record deal we released a video with my family and friends in it, popping champagne and celebrating, it was the greatest night of my life."