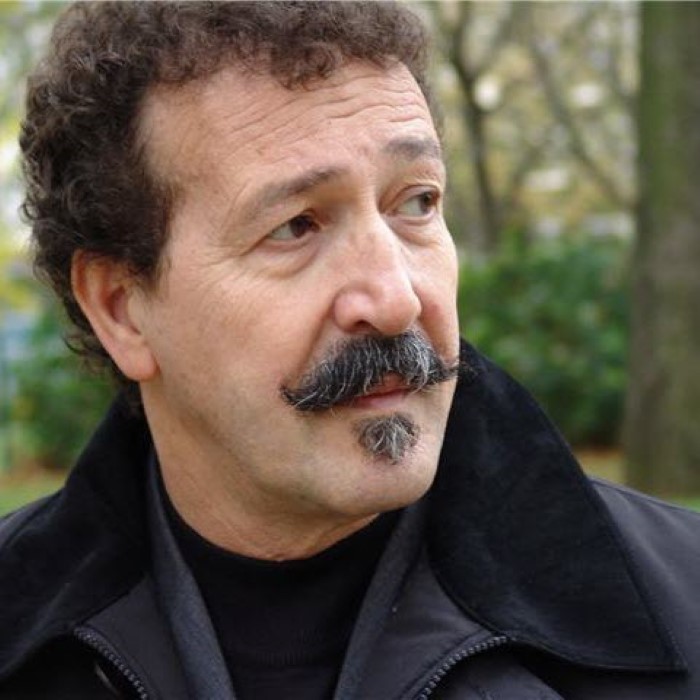 Lounis Aït Menguellet (born 17 January 1950 in Ighil Bouammas in the Djurdjura mountains, near Tizi-Ouzou) is a Berber singer from Kabylie, Algeria, who sings in the Berber language, Kabyle. Lounis Aït Menguellet is certainly one of the most popular and charismatic artists of the contemporary Kabyle music scene. He is a poet-musician who has become something of a symbol of the Kabyle demands for recognition. Kabylie has been the setting for many fierce confrontations. Although Lounis's songs are frequently about Kabylie and its history and its present suffering and misery, he is always quick to state that he isn't a politician and he doesn't get involved in politics. However, few can deny the political clout of his songs or their political and sometimes very biting and critical messages. Despite the fact that Lounis continues to sing about the plight of Kabylie, his poetry has universality that transports it beyond the topical protest song to something far more enduring. He talks of situations and conflicts which are only too familiar to those outside of Kabylie. He may indeed be a poet for Kabylie but his poetry is at the same time universal and enduring. It is this universality that makes it speak to the world. It is difficult to offer an effective parallel for anglophones but the closest is perhaps Bob Dylan though Lounis's attitude to the role of the song is perhaps more akin to that of Joan Baez. Lounis's culture is an oral one so the song in Kabyle culture acts more like the newspaper and the leaflet of European protest. Even today when more and more Kabyle are able to read and write their language rather than reading and writing in French, this aspect is still present in Lounis's songs. The fact that his songs are now accompanied by the lyrics is an acknowledgement of the new-found written aspect of Kabyle and the presence of the translations indicates that Lounis himself is aware that his poetry has a universal application as well as being a means to publicise the plight of Kabylie to a wider audience.