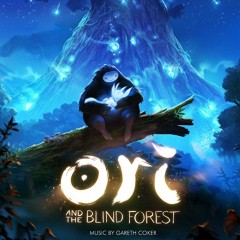 Gareth Coker is a British composer based in Los Angeles, currently working across in gaming / interactive media, films, and commercials. He is working on the independent video games Primal Carnage by Lukewarm Media, and The Spire by Raw Games, both of which have been featured prominently in the gaming press. He continues to work on short independent films, and his work has been licensed for numerous theatrical trailers internationally, including "The King's Speech", "Reign Of Assassins", and "The Secret In Their Eyes." Gareth was educated at the University of Southern California on the Scoring for Motion Pictures and Television program, where he was able to learn a plethora of music techniques and collaborate with the filmmakers located in the nearby School of Cinematic Arts and School of Interactive Media. The result of these collaborations are films which have gone on to be screened at numerous festivals, such as Ellen and What To Bring To America. Gareth received his undergraduate degree in composition from the Royal Academy of Music in London. Gareth is also a remix artist, having done remixes of tracks by Damage Vault, Madeleine Bloom, both of which were featured tracks on remix compilations released by the FIXT record label. Gareth has been a BMI-affiliated songwriter since 2006. In addition to the obvious interest in music, Gareth is a keen traveler and whilst visiting many countries, has also lived for extended periods of time in Japan, the east coast of America (Baltimore) and the Netherlands. He draws on this multicultural history for his music compositions.