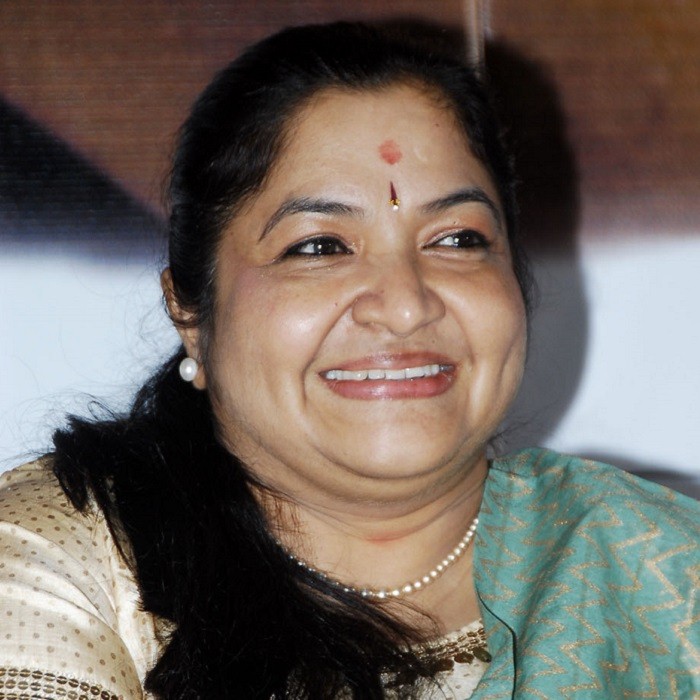 Early life and family:
Born in Thiruvananthapuram, Kerala, into a family of musicians, Chithra's father, the late Krishnan Nair, was also her first guru (teacher). Her elder sister K. S. Beena is also a playback singer. Chithra received her training in Carnatic music from Dr. K. Omanakutty, passed B.A. in music with first class and third rank from the University of Kerala, and completed a Masters degree in Music. She was selected for the National Talent Search Scholarship from the Central Government from 1978 to 1984. She is married to Vijayashankar, an engineer and businessman and settled in Chennai. Their only daughter, Nandana, died aged eight, in a pool accident in April 2011 in Dubai.

Studio albums:
Chithra recorded her first studio album with Voodoo Rapper for the album called Ragga Raaga in 1993. She recorded the albums in Hindi, Piya Basanti (2000) and Sunset Point. She associated with Ustad Sultan Khan for Piya Basanti which was certified Gold.Sunset Point had eight songs written and narrated by Gulzar and sung by Chithra and Bhupinder. In 2006, she released an album in dedication to M. S. Subbulakshmi named My Tribute. It is a collection of Kritis and bhajans dedicated to Subbulakshmi. In 2009 she released Nightingale: A Salute to Lataji, a musical tribute to Lata Mangeshkar on her 80th birthday. She also recorded many Malayalam albums for K. J. Yesudas, M. Jayachandran and Sharreth compositions. She also planned a ghazal album with Ghulam Ali and Asha Bhosle.
In 2014, Chithra recorded a song at a Singapore studio for A. R. Rahman's private album Raunaq written by Kapil Sibal.
Chithra has established her own recording label, Audiotracs, to promote new artists to collaborate with her as singers, lyricists and music directors.

Chithra, along with a Kerala-based satellite channel, Asianet Cable Vision (ACV), jointly launched a fundraising organisation, Sneha Nandana, to raise funds for the welfare of retired musicians who have lost their careers due to changes in the music industry. She launched this organisation on the occasion of her completion of three decades in the music playback industry. She said that the fund would provide help to the musicians with financial impediments and those suffering from health problems. A cultural event named Chitra Pournami was held on 15 February 2011 at Thiruvananthapuram to celebrate the 30th year of her career and also to launch this organisation. Attendees included K. J. Yesudas, V. Dakshinamurthy, Sreekumaran Thampi, P. Susheela, Hariharan, P. Jayachandran, Usha Uthup, M.K. Arjunan, Johnson, Shyam, M. Jayachandran, M. G. Sreekumar, Sharath, Sujatha Mohan, Unni Menon, Srinivas, G. Venugopal, Minmini, and Priyadarshan.

International projects:
Recorded with the Arab singer Jawad Ali for his album "Amar Ul Hob",
Recorded a song for the jazz pianist Herbie Hancock,
Invited by the Government of China to perform in the Quinghai international water and music festival in Quing Hai, China.,
,

Other achievements:
She has also been honoured with the Swaralaya Yesudas Award in 2004, Kalaiselvam title from the South Indian Nadigar Sangam in 2002, and the Lifetime Achievement Award from Global Malayalee Council in London in 2003.,
She has also received numerous mainstream awards like MTV Immies, Screen - Videocon Award, Film Fans Association Awards, and Cinema Express Awards. Chithra was also awarded the 'Vocational Excellence' Award by the Rotary Club of Coimbatore.,
In 2010, she received the C. Cheriyan Memorial Award by Cochin Fine Arts Society, Swaralaya - Eenam Award for Best Female Singer and Chakkulathamma Swaravarsha Award.,
Her song "Kannalane (Kehna Hi Kya)" from the film Bombay (1995) was included in The Guardian's "1000 Songs Everyone Must Hear" list. 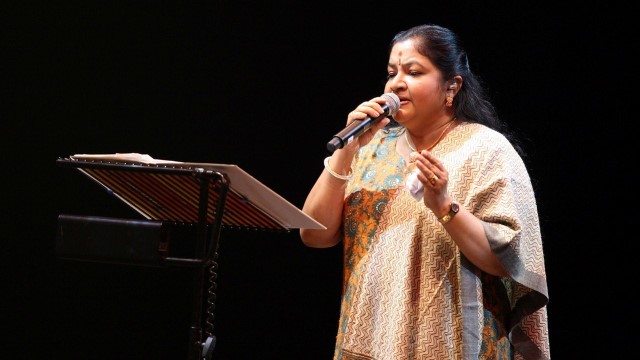