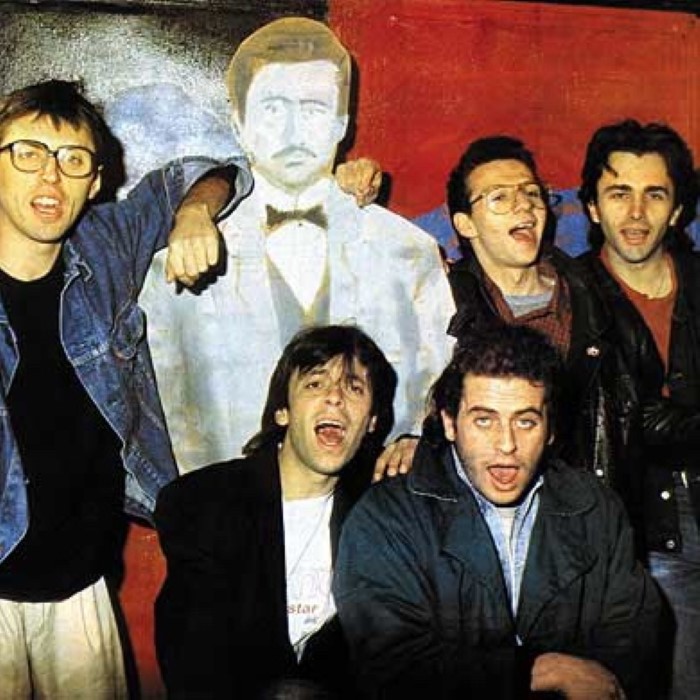 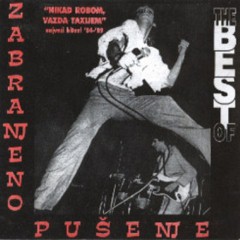 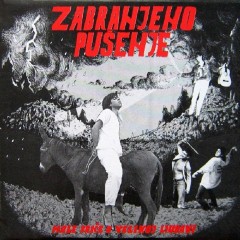 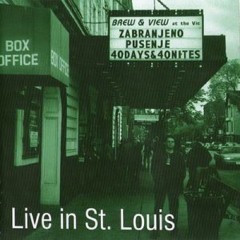 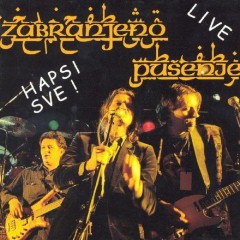 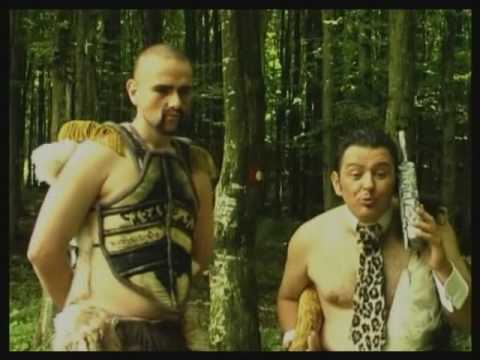 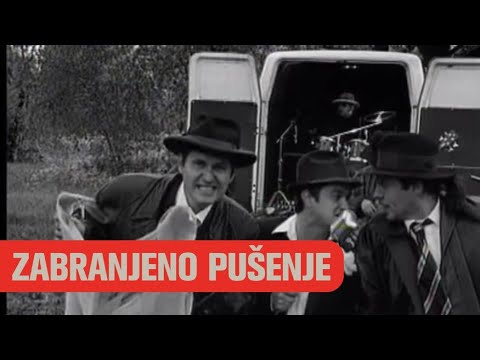 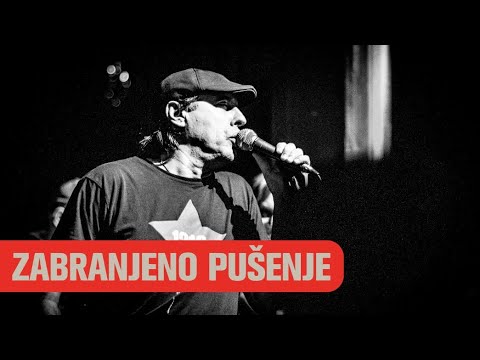 Zabranjeno Pušenje (Bosnian for No Smoking) is a Bosnian rock band from Sarajevo.
The band was formed in 1981 in Sarajevo by a group of friends who worked on the early radio version of Top Lista Nadrealista (The Surrealist Top List). Contrary to the then-prevalent punk rock and new wave, Zabranjeno Pušenje created a distinctive garage rock sound with folk influences, often featuring innovative production and complex story-telling, sometimes even dark premonitions of war. They went on to record four albums and tour the country extensively, occasionally sparking controversy and even getting into trouble with authorities for their (usually mild and sympathetic) criticism of the socialist system, and the habit of making light of issues considered sensitive at the time.
After the band's popularity reached new heights in late 1980s, spurred on by the televised version of Top Lista Nadrealista, the Bosnian War which followed saw the breakup of the band, with one offshoot continuing work in Belgrade initially as Zabranjeno Pušenje, later under the name No Smoking Orchestra, and the other initially in Zagreb then later returning to Sarajevo, using the original name. Nevertheless, many of the songs of Zabranjeno Pušenje have attained an anthemic status and their music remains popular across former Yugoslavia.

History:
Zabranjeno Pušenje was founded by Nenad Janković (aka "dr. Nele Karajlić") and Davor Sučić (aka "Sejo Sexon"), two teenage friends and neighbours who attended Druga Gimnazija and lived in the same apartment building on Fuad Midžić Street in the Sarajevo suburb of Koševo. Initially named Pseudobluz bend (Pseudo-blues band), the bend was part of a range of artistic activities the two were informally involved in around the neighbourhood and it expanded over time to include Ognjen Gajić (aka "Ogi") on saxophone and flute, Zenit Đozić (aka "Fu-Do") on drums, Mladen Mitić (aka "Munja") on bass guitar, and Mustafa Čengić (aka "Muče" or "Mujo Snažni") on guitar. They were occasionally accompanied by Mirko Srdić (aka "Elvis J. Kurtović"), Zoran Degan (aka "Poka"), Boris Šiber, Samir Ćeramida, etc.
Shortly before their first ever performance in December 1980, the band changed its name to Pseudobluz bend Zabranjeno Pušenje and after some time simply dropped the first part. Their first recording, "Penzioneri na more idu zimi" (Retirees Take Their Vacation In Wintertime), was made for Radio Sarajevo in early 1981. From May 1981, Karajlić and a occasionally a few other band members became additionally involved with the Top lista nadrealista radio segment, which aired weekly as part of the Primus programme on Radio Sarajevo's channel two.
They performed around Sarajevo for two years before beginning to record material for a debut album during fall 1983 in producer Paša Ferović's modest studio. The shambolic recording process took seven months before the album named Das ist Walter got released by Jugoton in April 1984 in the small print of 3,000 copies, clearly indicative of the label's extremely low commercial expectations. The line-up was altered and now Nenad Janković's younger brother Dražen Janković (aka "Seid Mali Karajlić") was on organ and Predrag Rakić (aka "Šeki Gayton") took drums. Although it was publicized that Nenad Janković and Davor Sučić wrote the first album material, the fact is that Mustafa Čengić (lead guitar) and Mladen Mitić (bass guitar) were unpublished composers of a large portion of it, and also greatly influenced and contributed to all song arrangements. Though the album was initially released in 3,000 copies, the final count was 100,000 copies sold, setting a record for exceeding the initial release by 30 times. In autumn 1984 they embarked on a 60-concert nation-wide tour, making them one of the biggest Yugoslav rock attractions after just one album.
,
During that tour, at their concert in Rijeka (on November 27, 1984), Karajlić declared, referring to an amplifier that had just broken down, "Crk'o Maršal. Mislim na pojačalo." ("Marshall croaked. I mean, the amplifier."), which was recognized as a pun on Marshal Tito's death, landing the band in trouble. They were criticized by the media and a campaign against them resulted in the canceling of their concerts and the removal of Top lista nadrealista from the air.
In this atmosphere, the band recorded their second, double album Dok čekaš sabah sa šejtanom (While you wait for dawn with the Devil)in the infamous SIM studio and released it in July 1985. Songs were written by Mustafa Čengić, Sejo Sexon, Nele Karajlić, Mladen Mitić, Seid Mali Karajlić and Elvis J. Kurtović. The album was solid, but was boycotted by the media and the following tour had a rather disappointing conclusion as the following year Šeki Gayton and Mustafa Čengić (Muče) left the band in search of a more secure means of making a living. Mladen Mitić left in late 1986 after contributing to the development of the third album.
,
For the occasion of the recording of their third album, Pozdrav iz zemlje Safari (Greetings from the Safari land) released in 1987 by Diskoton, the rest of the band was joined by Predrag Kovačević (aka "Kova" or "Kowalski"; from "Elvis J. Kurtović & his Meteors") on guitar, Faris Arapović on drums and Emir Kusturica played the bass guitar on 3 tracks. All songs were written by Sejo Sexon and Nele Karajlić.
Kusturica co-authored two songs. Diskoton censors had some objections and the song "Our Proposal for the Eurovision Song Contest" had to be renamed, since the song included comments on the depressed state of the economy and the lack of freedom of expression. The album again included a number of hit songs and returned the band to stardom. The following tour, which included 87 concerts, was the largest Zabranjeno Pušenje tour thus far and the band was by that time regarded as one of the Yugoslav rock institutions. In January 1988 the band received a gold record for 100,000 copies sold.
,
In October 1988 the band released their last album before splitting up - Male priče o velikoj ljubavi (Small Stories About Great Love). The songs were mostly written and produced by Sejo Sexon. For this album, Jadranko Džihan (aka "Dinka") played keyboards and Darko Ostojić (aka "Minka") was on bass guitar. The album also featured opera singer Sonja Milenković, violin player Dejan Sparavalo and Goran Bregović as backing vocal and guitar player. The album was an average success. The band embarked on the tour with Bombaj štampa and the rest of Top lista nadrealista crew (those who didn't play in the band already). The tour (a combination of theatre and rock and roll, after an idea by Sejo Sexon) was a great success and regarded as the best tour of 1989 with around 60 concerts and more than 200,000 visitors.

Music:
In the early 1980s, when the rest of the ex-Yugoslav popular music scene followed the trends of early 1980s Europe (chiefly punk rock and new wave), Zabranjeno Pušenje were part of a unique rock movement centered in Sarajevo that forged its own path. This movement, for the most part, centred on simple, youthful, garage rock, with folk influences and a distinctive Sarajevo urban feel called Novi primitivizam (New primitivism).
The songs range from punk rock to rock, frequently arranged to feature trumpets and saxophones, adding to the band's unique sound, along with many samples and soundbites from the period. Zabranjeno Pušenje captured the feel of Sarajevo, its idols and local heroes along with tales of love and loss, in a distinctive and often humorous way. Very visual and cynical, the band's lyrics were progressive enough to show the last stages of Yugoslav socialism (songs "Dan republike", "Srce ruke i lopata", "Abid", "Guzonjin sin"), alternate clubs ("Pišonja i Žuga u paklu droge", "Javi mi") as well as providing morbid hints for the upcoming war ("Kanjon Drine", "Zvijezda nad Balkanom").
They secured their place in the history of rock music in the former Yugoslav countries. The band released four albums before the ensuing war forced most of the members to relocate. 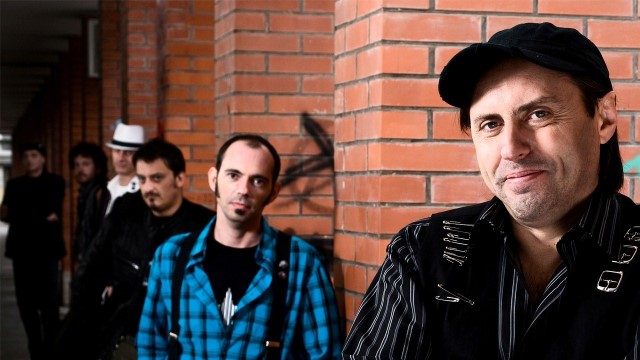 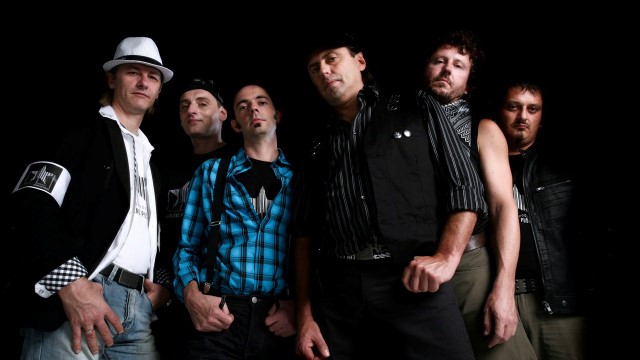 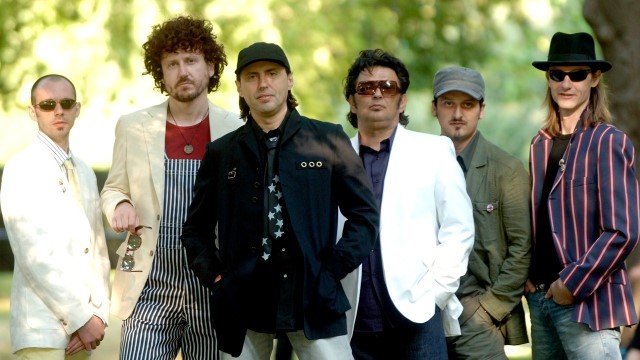