There are two bands named Airway.

1) Airway was a musical ensemble based within the Los Angeles Free Music Society (LAFMS).

Airway was initially a solo project of Le Forte Four member Joe Potts. The first release was the Airway 7”, which featured subliminal messages to coincide with an art exhibition in Tokyo. In August 1978 Airway made their live debut at the Lace Gallery. This lineup featured Potts and Chip Chapman on electronics, Vetza on vocals, Rick Potts on mandolin, Dennis Duck on saxophone, Juan Gomez on bass, and Tom Recchion on drums. They attempted to create subliminal messages beneath a wall of noise by using tape delay. Recordings from the performance were released as Live At Lace by the Los Angeles Free Music Association.

2) AIRWAY is a project that was officially initiated in the winter of 2005 though the band already existed in 1999 under another name. Thanks to the help of Agitato Records, a label from Veneto which has been a reference point inside the Italian underground scenery, the band recorded 5 songs which have been included in their first official ep “Lighthouse”. Since the beginning, Lighthouse has caught the attention of music operators and various web communities gaining good reviews by national webzines such as Punk.it, Punkadeka.it, Punkwave.it, Emotionalbreakdown and magazines like Rocksound, Punkster and Rumore. Thanks to this suddenly standing out the Italian scenario, the Airway obtained the chance of playing on the most important Italian stages (New Age, Rockplanet, La Gabbia) being side by side with important Italian bands and sharing performances with Dufresne, Vanilla Sky, The Gaia Corporation, 9mm, The Miles Apart and bands from abroad like Alexisonfire, The Saddest Landscape, Pilot to Gunner and Donots. Thanks to these facts, they’ve achieved a good popularity all over the national territory. At that very moment, Graves Records label noticed them and decided to include their track “Writing poems” in “Rise from the Graves Vol. 1 “ compilation. Thanks to the following inclusion of that track in Punkster magazine cd, “Writing poems” became a kind of musical torment, a top hit which convinced the four guys to understand they were following the right way. This was clear enough for Graves Records which decided to include AIRWAY in its roster, offically. Everything seemed to be well, but in the winter of 2006 their drummer Luca decided to depart from the band for personal reasons and difference of musical opinions. Sandro, Teo and Vale, the 3 remaining band members, spent a gloomy February looking for a drummer who could compensate for Luca, and thanks to their passion and humility, in the end found Ale, a young drummer from the “indie scenery” of Treviso who seemed to be a perfect substitute. Ale became completely integrated with the rest of his band and thanks to his overwhelming dynamism as drummer, brought a touch of oddness to the quartet. After this gust of wind, in only 5 months AIRWAY composed many new songs and held about 15 concerts all over Italy. In October 2006 they started working around the recording of their first official album “Faded Lights” “This album includes agonizing melodies that are accompanied at powerful guitar riffs which supports screaming parts that make explosive, the distinctive anger of a generation which is hovering between old values and an uncertain future. It’s the portrayal of a boy who lives every instant intensely and compares himself with problems more or less serious such as ruined loves, excesses or death of a beloved person, alternating happy and carefree moments with meditation”. Problems were not ended yet and after the recording, Teo decided to leave the band for personal reasons. Immediately after he was replaced by Abe, the oldest member of the band who had given a remarkable contribution to the technical worth of the band as guitar solo player and became integrated with the group by creating an unique harmony both in personal relations and musical guidance. In May 2007,before the album hits the stores, Airway guys have been chosen for touring France and Germany with the American band Movies with Heroes receiving very positive comments from German and French public. All is ready for AIRWAY to invade stages all over Europe with their powerful and amazing live performances and stores with their first full length album Faded Lights that will be out on September 3rd. 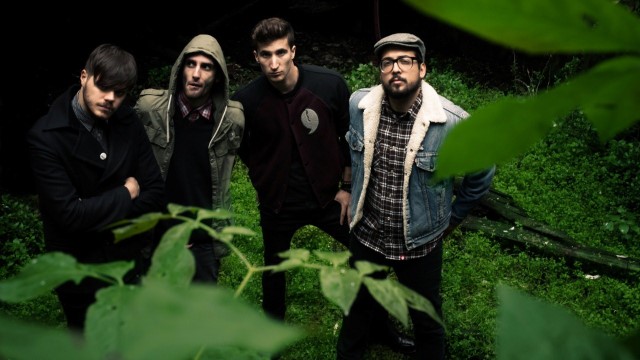