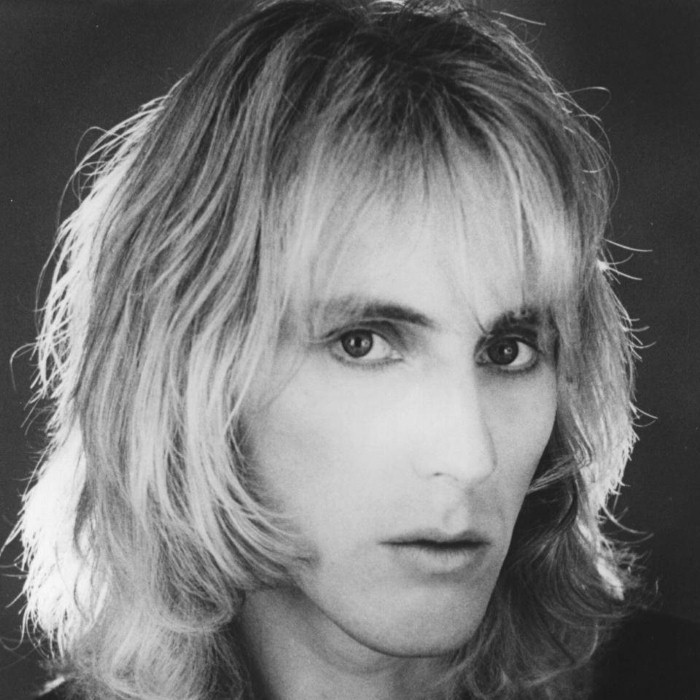 Edwin "Eddie" Jobson (born 28 April 1955) is an English keyboardist and violinist noted for his use of synthesizers. He has been a member of several progressive rock bands, including Curved Air, Roxy Music, UK, Jethro Tull and Yes. He was also part of Frank Zappa's band in 1976–77. Aside from his keyboard work Jobson has also gained acclaim for his violin playing.

Jobson was born in Billingham, Stockton-on-Tees, England. He began playing the piano at age 7 and added violin the following year. Later he attended Bede Hall Grammar School, leaving at age 16. It was his hope to continue onto the Royal Academy of Music; while he applied to and had the necessary qualifications for the academy, he was not admitted because he was only 16 years old. The academy would make exceptions for 17-year-olds, subject to a special examination, so it was suggested that Jobson spend the next year working in a record shop until that time. Instead, he opted to play piano at a ballet class, and for the occasional theatre production. This time also afforded him the opportunity to explore new instruments, specifically synthesizers, as well as transitioning between musical genres.

Jobson, along with a group of local university graduates, started the band, Fat Grapple, who performed original music and cover versions from 1970s popular groups, Curved Air and Fairport Convention. One local performance at the Redcar Jazz Club paired Fat Grapple as opening act for Curved Air, and it was here with Jobson fronting on electric violin, where he covered the current hit song "Jig-a-Jig" that initially made known his wide-ranging and varied music aptitude. Shortly thereafter when Curved Air lost key members, Francis Monkman and Darryl Way, Jobson was asked to replace the two. By this time, he had reached 17, but the Royal Academy was no longer in Jobson's plan.

The group had some regional success with their 1973 release Air Cut. They toured in Europe, however they disbanded shortly thereafter. In 2009, previously recorded tapes were released as the Lovechild album, which included two of Jobson's compositions.

While still in Curved Air, Jobson became acquainted with Roxy Music frontman Bryan Ferry as their sisters shared a room in college. Upon hearing a Curved Air performance, Ferry asked Jobson to play keyboards and synthesizer for his solo album, These Foolish Things. Before the recording was completed, he had not only provided the requested instrumentation, but also wound up contributing as a composer, arranger, and performer of all the string parts for the orchestra.

In 1973 Jobson replaced Brian Eno in Roxy Music, where he found himself playing three roles: Eno's, Ferry's (who had stepped up as a frontman after initially playing piano), and his own. Jobson stayed with the band for three studio albums and numerous tours before the band went on an extended hiatus in 1976.

Throughout the 1970s, Jobson continued to perform on keyboards and violin for a variety of recording artists, including King Crimson, Phil Manzanera, Andy Mackay, John Entwistle, Bill Bruford, and others.

While touring in late 1975, Roxy Music opened for Frank Zappa's band in Milwaukee, WI; it was at this performance that Jobson and Zappa first met. After the Roxy tour ended, Jobson subsequently spent a week in early 1976 traveling with Zappa's band in Canada, during which time the two performed a varied repertoire in hotel rooms and backstage at concert venues. Jobson was eventually brought onstage with only minutes' notice to perform what was essentially an audition before thousands of Zappa fans.

In 1976, Jobson was a much-sought-after entity once Roxy went on hiatus. He contemplated an offer to join Procol Harum, but ultimately decided upon becoming a member of Frank Zappa's band. Although Jobson appeared on the cover of the Zoot Allures album, he did not perform on any of the recorded tracks. In a 1995 interview with Art Rock Magazine, Jobson explained that Zappa always recorded everything and whoever was in the band at the time of its release made it onto the album cover: "You may be in the group when it comes out, or maybe you left the band five years before the album comes out. That's how he makes records". Jobson did however perform on the 1978 album, Zappa in New York and Philly '76 which Zappa's label released posthumously in 2009.

Drummer Terry Bozzio, who knew Jobson from their time together in Frank Zappa's band, was available and thus enlisted to join U.K. The trio released two additional albums: Danger Money and the live concert production Night After Night, and embarked on a successful tour before U.K. completely disbanded in 1980.

Jobson was asked to participate on Jethro Tull frontman Ian Anderson's solo endeavor, which was eventually released by Chrysalis Records in 1980 as a full-fledged Tull album, A. Jobson, credited as a 'special guest', performed on keyboards, electric violin, and was cited on liner notes as providing additional musical material. He remained with the band for their subsequent world tour in 1980, and which lasted into February 1981 where it ended in France. However, Jobson did reunite with the band onstage for several songs at the International Congress Centrum in Berlin, Germany on 16 March 1985 to celebrate Johann Sebastian Bach's 300th birthday. Jobson was featured on the band's performance of Bach's "Double Violin Concerto".

Jobson was briefly a member of Yes in 1983 after the departure of keyboardist Tony Kaye. Jobson never recorded nor performed live with Yes. His only official appearances with the band were in promotional photographs, and in the video for "Owner of a Lonely Heart". But the video was released after Kaye had rejoined and Jobson has departed. This resulted in Jobson appearing (though edited out as much as possible) in the original version of the song's video. Jobson has stated on his website that he was asked to replace Kaye, and was hesitant to do so until after hearing the band's new release, and then rehearsing with the band in London. He returned to his home in the U.S. as a full member of Yes, and set forth learning the band's repertoire. However, several weeks later he received a call from the band's management advising that Kaye was back in the group and the two would be sharing keyboard duties. Jobson declined, and left the band.

In the 1983 Capitol Records/EMI released Jobson's solo effort, Zinc - The Green Album. The album of original compositions was performed in a band-style format utilizing session musicians on drums, bass, and guitars. Vocals, keyboards, and electric violin were performed by Jobson.

Two years later, Jobson made a significant genre shift from progressive rock music to the stylings of new age with Theme of Secrets. This 1985 release by new-age record label Private Music, was recorded solely utilizing Synclavier and samples. That same year he also composed and performed three piano compositions on the label's compilation album, Piano One.

Throughout the 1980s and 1990s Jobson also built a successful career as a composer of TV and film soundtracks. He scored nearly 100 episodes of the TV series Nash Bridges. He served as choral music arranger for two 2003 Walt Disney Pictures releases, The Haunted Mansion and Brother Bear.

Jobson also composed music for the world of advertising, most notably the Amtrak "California Zephyr" commercial that featured Richie Havens singing "There's Something About a Train That's Magic". For his scoring and music direction on this effort, Jobson won the Clio Award for original music scoring in 1988. He continued to receive Clio Award accolades as either a winner or finalist for a number of years running.

In 2000, Jobson started his own label, Globe Music Media Arts, where he produced/distributed a variety of what he termed "an amalgamation of other somewhat more cultured musical styles", most notably the Bulgarian Women Choir's 2000 album Voices of Life. In addition to production duties, he also contributed three new compositions (originally slated for the perpetually in-progress U.K. reunion project called Legacy), and playing violin on two of the new pieces. A second label, Glo Digital, supplanted the original label in 2009, when Jobson moved toward downloadable music files. In 2010 he launched the Zealots Lounge, a subscription-based marketing alternative to traditional retail music sales. Jobson has likened those who participate in this program as "modern-day patrons of the arts".

The Creation of Peace Festival in Kazan, Tatarstan on 30 August 2008 saw Jobson's return to the stage after more than two decades. He played violin on one song with the Patti Smith Group, one song with Fairport Convention, and two songs ("Red" and second part of "Larks' Tongues in Aspic") with the King Crimson Project. This band featured Adrian Belew, Tony Levin, Pat Mastelotto, Eric Slick and Julie Slick; it was created specifically for this festival, and one additional performance, a few days later on 3 September 2008 at the B1 Club in Moscow. In addition to joining this collection of musicians, Jobson also performed piano and violin solos at the B1.

In October 2007, Jobson announced the formation of a new band, UKZ, with Trey Gunn, Marco Minnemann, Alex Machacek, and Aaron Lippert. Their EP, "Radiation," became available from the Globe Music online store in January 2009 and had its official release on Glo Digital in March 2009; a 7:48 video of the title track was released earlier, appearing on YouTube in January 2009. The band's first live performance was held at Town Hall in New York City on 24 January 2009. A few months later in June, UKZ also performed four dates in Japan in the cities of Tokyo, Nagoya, and Osaka. Additionally, 9 9 August 2009, Jobson did a one-off reunion gig with Curved Air in Chislehurst, Kent.

November 2009 marked a reunion between Jobson and Wetton with three performances in Poland (in the cities of Krakow, Warsaw, and Bydgoszcz) saw Jobson reunited with former Roxy Music and UK bandmate, John Wetton, for what was termed "The 30th Anniversary of U.K."

In January 2010 Jobson was named to the technical advisory board of Austin, Texas based keyboard manufacturer, Infinite Response. He was involved in the development of the company's VAX77 folding MIDI keyboard controller, which Jobson showcased at the January 2010 NAMM Show in Anaheim, California. Jobson's U-Z Project headlined NEARfest in Bethlehem, Pennsylvania on 20 June 2010. A CD compiled from various U-Z performances in 2009 was released in Japan in November 2010.

In January 2011, Jobson gave a series of "master classes" in Japan, featuring performances of compositions throughout his career and lecture-style discussions of his music. In April of that year, a Jobson-Wetton "U.K." reunion tour provided performances in Japan and the US, with Alex Machacek (guitar) and Marco Minnemann (drums) completing the four-piece lineup. Jobson headlined the 2011 Zappanale festival on 21 August in Bad Doberan, Germany, and played an earlier gig in Zoetermeer, Netherlands on 19 August, with a U-Z project lineup of Marc Bonilla (vocals/bass), Alex Machacek (guitar) and Marco Minnemann (drums).

In early 2012, Jobson confirmed that he re-formed the U.K. trio lineup—Jobson, John Wetton, and Terry Bozzio—for a one-off world tour, which took place from May–June 2012, with the trio playing dates in North America and Japan. However, Bozzio did not join the additional summer concert dates in Europe, where drummer Gary Husband assumed that role. Alex Machacek (guitar) was also added to the band lineup. Jobson, Wetton, Machacek, and Husband also headlined at NEARFest Apocalypse in Bethlehem, Pennsylvania. Additionally, the trio of Jobson, Wetton, and Bozzio extended its performances with a March 2013 stint on the inaugural voyage of the progressive rock Cruise to the Edge excursion, where they headlined with Yes and Steve Hackett.

Jobson marked the 40-year anniversary since the start of his professional music career with a short tour in Japan during November 2013. Joining him onstage was an ensemble cast of musicians from his past and present, including John Wetton, Sonja Kristina, Alex Machacek, Marco Minnemann, Aaron Lippert, and Ric Fierabracci. He performed songs which spanned the four decades including music from Curved Air, Roxy Music, UK, UKZ, as well as his solo efforts, to sold-out venues in Tokyo and Osaka. 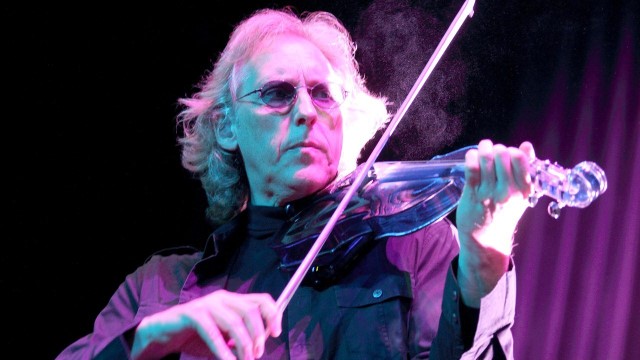