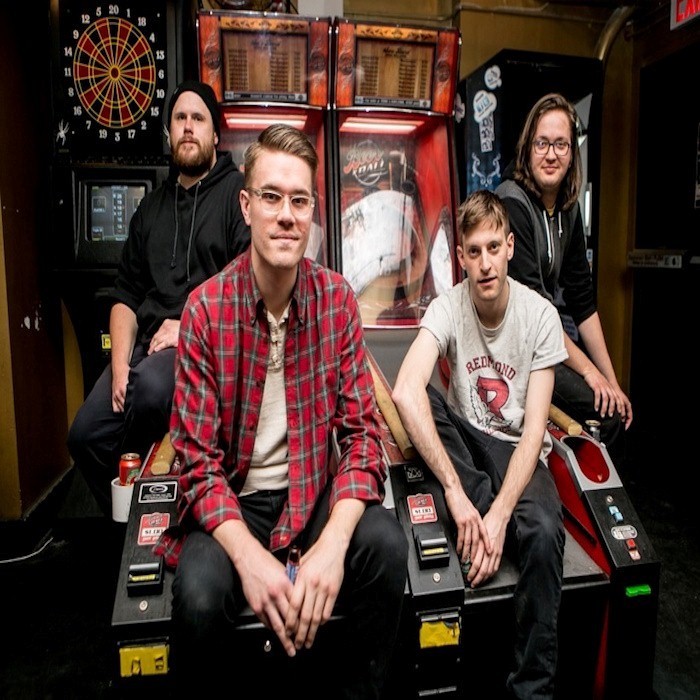 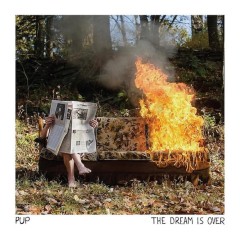 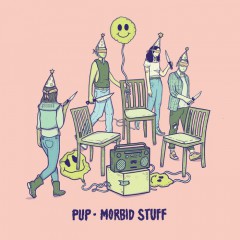 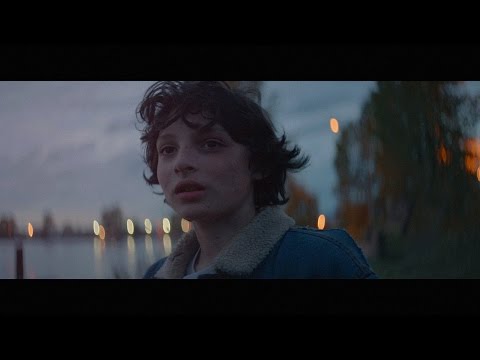 Pup is made up of four childhood friends who went to elementary school together. They originally called the band Topanga (a Boy Meets World reference) but changed the name just before the release of their first record after learning that the franchise was set to be rebooted by Disney. The new name PUP is said to be an acronym for Pathetic Use of Potential. They found inspiration for their logo from graffiti above a urinal at Sneaky Dee's.
The band originally recorded an EP and self-released it digitally. The EP started to get noticed and the group was approached by Hollerado to tour together. PUP has been named one of Canada's up and coming bands by the Calgary Herald, as well as one of Stereogum's top 40 bands of the year. PUP won 2 Bucky Awards from CBC Radio 3 for Best Live Show and Best New Artist in 2013, as well as being nominated for Best Video. They've played festivals such as NXNE, Halifax Pop Explosion, Pop Montreal, and CMW.
From September to the end of November 2013, PUP joined Hollerado and the Zolas on a 24 stop tour across Canada to promote a newly released self-titled album. 2014 was a banner year for PUP, they went on their first tour of the UK, playing 8 shows around the country with the UK band Slaves. The first two shows of the tour in London were part of the NME Awards tour. After which they played South By Southwest in Austin, Texas followed by several more London shows and the Groezrock festival in Belgium. In May they started an extensive tour of the US with the Menzingers, Lemuria and Cayetana, playing 32 shows in 39 days. In August they opened for the Hives in London, England.
In the Fall of 2014, Pup completed its first head-lining tour of Canada and the U.S.A., culminating in a sold-out concert at Toronto's Lee's Palace featuring a "next level" performance.
In early 2015, Pup begins a multi-city tour of Australia, supporting The Smith Street Band. 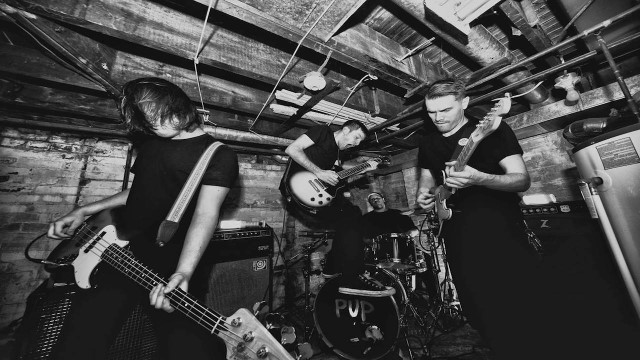