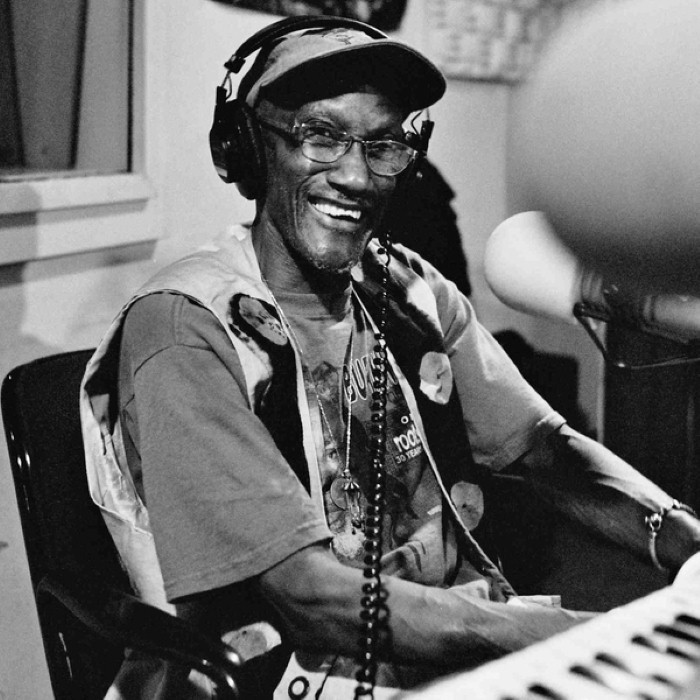 Bernie Worrell - Up in the Hills
4 x

Worrell was born in Long Branch, New Jersey and grew up in Plainfield, New Jersey. A musical prodigy, he learned to play the piano by age three and wrote a concerto at age eight. He went on to study at Juilliard and the New England Conservatory of Music.

As a college student around 1970, Worrell played with a group called Chubby & The Turnpikes (later to be known as Tavares). The drummer in that band was Joey Kramer, who left in October 1970 to be a founding member of the rock band Aerosmith. He then met George Clinton, then the leader of a doo wop group called The Parliaments. Soon, Worrell, Clinton, The Parliaments and their backing band (Funkadelic) moved to Detroit, Michigan, and became Parliament. During the 1970s the same group of musicians toured and recorded under both the Parliament and Funkadelic names as well as several others, collectively known as Parliament-Funkadelic. Worrell was a central figure in the group. He played the piano, keyboards and organ in both groups and co-wrote or did the arrangements for many of the bands' hits. He debuted the keyboard synthesizer bass in popular music on the Parliament song "Flash Light". He also recorded a 1978 album with the group, All the Woo in the World, under his own name.

While funk musicians traditionally utilized electric keyboards, such as the Hammond organ and Fender Rhodes electric piano, Bernie Worrell created Parliament’s distinctive riffs with a Minimoog synthesizer, and was the second recipient of the instrument created by Bob Moog. He used ARP Pro Soloist as well. Worrell’s synthesizer work is prominent on the majority of Parliament’s most popular (and most sampled) songs throughout the 1970s, most notably ”Mothership Connection (Star Child)” and “Give Up the Funk (Tear the Roof Off the Sucker)” from Mothership Connection, "Flash Light" from Funkentelechy Vs. the Placebo Syndrome and "Aqua Boogie" from Motor Booty Affair.

After the original Parliament-Funkadelic stopped touring in the early 1980s, Worrell released several solo albums. He was recruited, along with other musicians from differing genres such as Adrian Belew, to perform and record with Talking Heads, a pioneering new wave act. Worrell's experience and feel for different arrangements enhanced the overall sound of the band. Though he never officially joined Talking Heads, he was a de facto member of the group for most of the '80s, appearing on one of their studio albums, several solo albums, and multiple tours until they officially disbanded in 1992. Worrell can be seen in the Talking Heads concert film Stop Making Sense. Worrell was invited to perform with Talking Heads at their one-off reunion as part of their 2002 induction into the Rock and Roll Hall of Fame.

Worrell also co-produced Fred Schneider's 1984 solo album Fred Schneider & the Shake Society, and played keyboards and synthesizers on some of the album's tracks.

Since the late 1980s, Worrell has recorded extensively with Bill Laswell, including Sly and Robbie's Laswell-produced Rhythm Killers and the 1985 Fela Kuti album Army Arrangement. Worrell has also performed with Gov't Mule. Through the beginning of the 21st century, he has become a visible member of the jam band scene, performing in many large summer festivals, sometimes billed as Bernie Worrell and the Woo Warriors. These new funk, groove, and rock bands have embraced Worrell's historical relevance and immense talent. He has appeared on many Jack Bruce albums, including A Question of Time, Cities of the Heart, Monkjack, and More Jack Than God.

In 1994, Worrell appeared on the Red Hot Organization's compilation album, Stolen Moments: Red Hot + Cool. The album, meant to raise awareness and funds in support of the AIDS epidemic in relation to the African American community, was heralded as "Album of the Year" by Time Magazine.

Worrell has since joined the rock group Black Jack Johnson, with Mos Def, Will Calhoun, Doug Wimbish and Dr. Know. He appears with the band on Mos Def's 2004 release The New Danger.

In 2005, Worrell collaborated with Bo Diddley producer and Original P guitarist/vocalist Scott "Skyntyte" Free, on the album BananAtomic Mass by "Munkeez Strikin' Matchiz". Worrell's presence is heard throughout, as each of the albums tracks contains an original classical-styled interlude performed by Worrell. He, Diddley and Public Enemy cofounder Chuck D are featured performers on the song "Wreck It", which is the last studio recording by Diddley.

Worrell appears in the 2004 documentary film Moog with synthesizer pioneer Bob Moog and several other Moog synthesizer musicians. In 2011, he toured with Bootsy Collins, another major figure of Parliament-Funkadelic.

Since 2011, Worrell has been performing with his group, the Bernie Worrell Orchestra. Known for special guest appearances, Bootsy Collins, Tina Weymouth, Chris Frantz, Jimmy Destri, Mike Watt, Rah Digga and Gary Lucas are some of the artists who have sat in with the group during live performances.

As of 2012, Worrell is touring with Steve Kimock, Wally Ingram and Andy Hess.

Worrell has been a resident of Hampton, New Jersey. 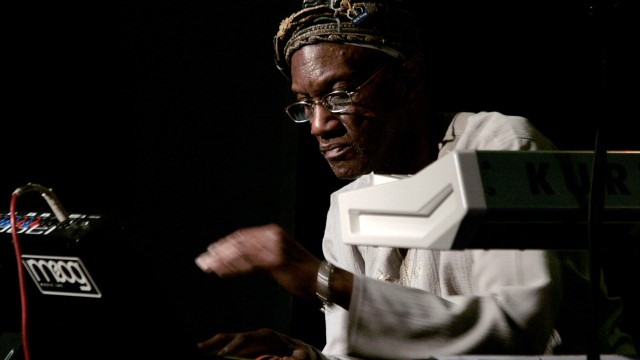 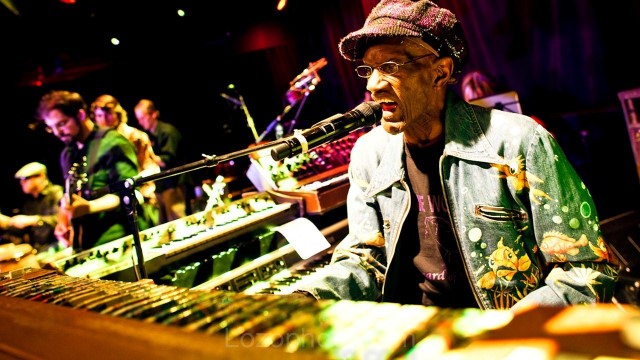