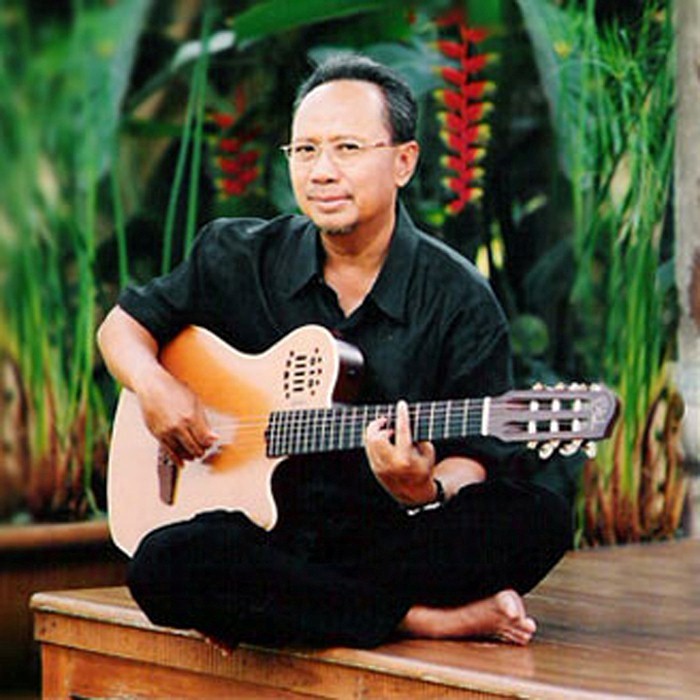 Ebiet G. Ade was born in Wonodadi, Banjarnegara, Central Java on 21 April 1954. He lived in Yogyakarta since elementary school. During high school, he joined Pelajar Islam Indonesia. In 1971, he associated with artists Yogyakarta, including Emha Ainun Nadjib. He was interested in poetry and wanted to be a poet. However, he was unable to read poems properly. He instead sang his poems after adding melodies.

Musical career
Albums
In 1979, he released his first studio album, Camellia I. His voice is similar to John Denver and Said Effendi. Notable songs from this album were "Lagu untuk Sebuah Nama", "Pesta" and "Camellia". The album was sold more than 2 million copies.

In 1995, "Kupu-Kupu Kertas" was released. In this album, Ebiet G. Ade was helped by his fellow musicians, including Billy J. Budiardjo, Erwin Gutawa, Ian Antono and Purwacaraka. Rock music is dominant in this album.

In 2007, he released In Love: 25th Anniversary which is dedicated to his wife of 25 years. The album was released by Trinity Optima Production. During production, he was helped by Anto Hoed and his children. There are 15 singles from album Camellia I to Camellia 4 on this album.

Singles
Most of Ebiet G. Ade's songs are about disaster. In June 1978, Ebiet wrote "Berita Kepada Kawan" after a poisonous gas disaster in Dieng Plateau. In 1981, he wrote "Sebuah Tragedi 1981" regarding the sinking of KMP Tampomas II in the Masalembu Islands. After 1982 Galunggung eruption, he wrote "Untuk Kita Renungkan", while the Bintaro train crash inspired him to write "Masih Ada Waktu".

Another theme of his songs is love, such as in "Lagu Untuk Sebuah Nama", "Elegi Esok Pagi" and "Cinta di Kereta Biru Malam", which is about a romantic relationship with a girl on a train. 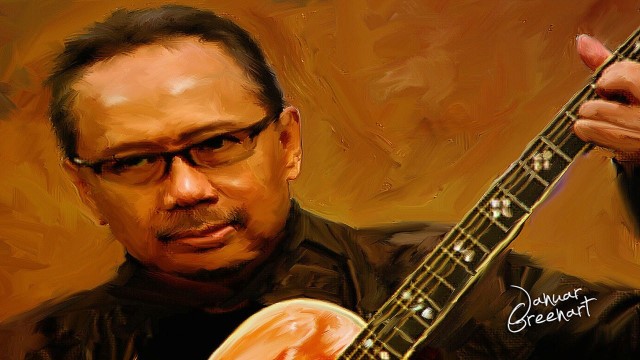