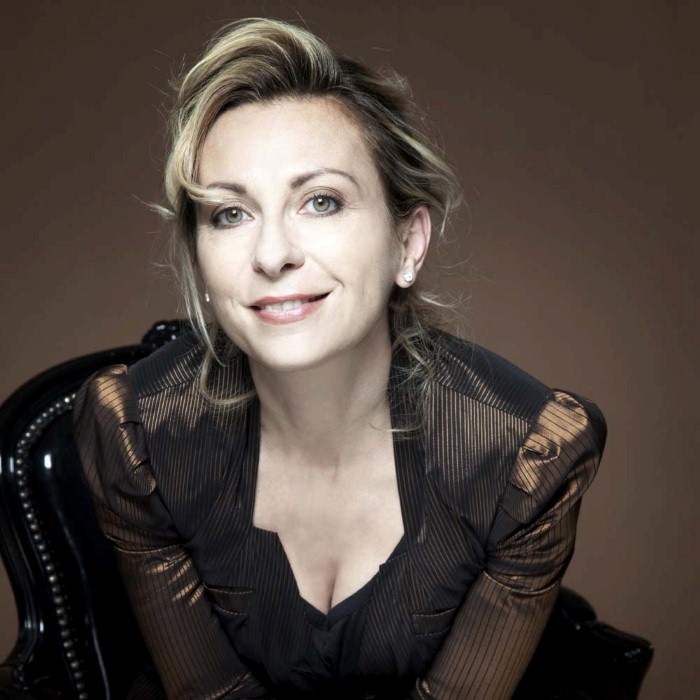 Between Yesterday and Tomorrow (The Ext (2017) 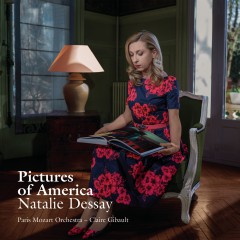 Nathalie Dessaix (born 19 April 1965, Lyon) is a French soprano. She dropped the "h" in her first name in honor of Natalie Wood when she was in grade school and Anglicised her surname to "Dessay" outside France. Initially an actress, Dessay was encouraged to study voice at the Conservatoire National de region de Bordeaux and gained experience as a chorister in Toulouse. At the competition Les Voix Nouvelles, run by France Telecom, she was awarded First Prize (Premier Prix de Concours) followed by a year's study at Paris Opera's Ecole d'Art Lyrique, where she sang "Elisa" in Mozart's Il re pastore. Also, she entered the International Mozart Competition at the Vienna Staatsoper, winning First Prize. She was quickly approached by a number of theatres, and subsequently sang "Blondchen", "Madame Herz" (in Der Schauspieldirektor), "Zerbinetta" and "Zaide" at the Opera National de Lyon and the Opera Bastille, as well as "Adele" in Die Fledermaus in Geneva. In April and May 1992 at the Opera Bastille, she sang the short but brilliant role of "Olympia" in The Tales of Hoffmann with Jose van Dam. The Roman Polanski production was not well received, but it began the road to stardom for Dessay. Although she was soon featured in another production of Hoffmann, it would be over ten years before her triumphant return to Paris Opera in that very role. Soon after her Hoffmann run, Dessay joined the Vienna State Opera as "Blondchen" in The abduction from the seraglio by W. A. Mozart. She was then asked to replace Cheryl Studer in all three female roles in a German production of Hoffmann. In December 1993, Dessay's "Olympia" captured the hearts of the Viennese public and Placido Domingo shared with local media his disbelief at Dessay's seemingly effortless vocal production. Dessay's next project was to be under Carlos Kleiber, as "Sophie von Faninal" alongside Barbara Bonney in Richard Strauss' Der Rosenkavalier. Unfortunately, Kleiber died before the project came to fruition. "Blondchen" in Die Entfuhrung and "Zerbinetta" in Ariadne auf Naxos became her best-known and most often played roles. In October 1994 Dessay made her Metropolitan Opera debut in New York in the role of "Fiakermilli" in Strauss' Arabella, and returned there in September 1997 as "Zerbinetta" and February 1998 as "Olympia". The Staatsoper approached Dessay with two operas: Richard Strauss' Die schweigsame Frau and an unfinished opera by Alan Berg, Lulu. Dessay declined the latter. At the festival of Aix-en-Provence, Dessay first performed the role of "Queen of the Night" in Mozart's The Magic Flute. Although she was hesitant to perform the role, saying that she didn't want to play any "evil" characters, director Robert Carson convinced her that this Queen would be different -- almost a sister to Pamina. Dessay agreed to do the role, claiming it would be a one-time series of performances. There followed a years-long series of "final" performances of the "Queen of the Night". During the 2001-2002 season in Vienna, she began to experience vocal difficulties and had to be replaced in almost all of the performances of La Sonnambula. Subsequently, she was forced to cancel several other performances, including a French version of "Lucia" in Lyons and a "Zerbinetta" at the Royal Opera House in London. She withdrew from the stage for almost two years and underwent surgery on one of her vocal chords. However, by February 2003, she made a triumphant return in a Paris concert and the following month saw her in great form as "Zerbinetta" at the Metropolitan Opera, a performance which has been filmed. In the summer of 2003, Dessay gave a spectacular concert at the Santa Fe Opera. She was so attracted to New Mexico in general (and to Santa Fe, New Mexico in particular) that she offered to return the following season in La Sonnambula. General director Richard Gaddes re-arranged the 2004 summer festival program, and the opera was given. Her most recent performances over the summer 2006 season in Santa Fe have been in the role of "Pamina" in The Magic Flute. Another setback caused additional cancellations and further surgery, but by mid-2005 she was back on stage. However, this has resulted in some re-thinking of her roles, abandoning some and taking up new ones. These include Massenet's Manon, "Juliette" in Charles Gounod's Romeo et Juliette at the MET, Donizetti's "Lucia", and a first "Violetta" in La Traviata. Plans for the 2006/2007 season include Lucia di Lammermoor and La sonnambula in Paris, La fille du regiment in London and possibly Vienna. There is speculation that she will sing "Lucia" at the MET's opening night in 2007, followed by a Laurent Pelly directed La fille du regiment that season and in La Traviata in Santa Fe in 2009. Wikipedia 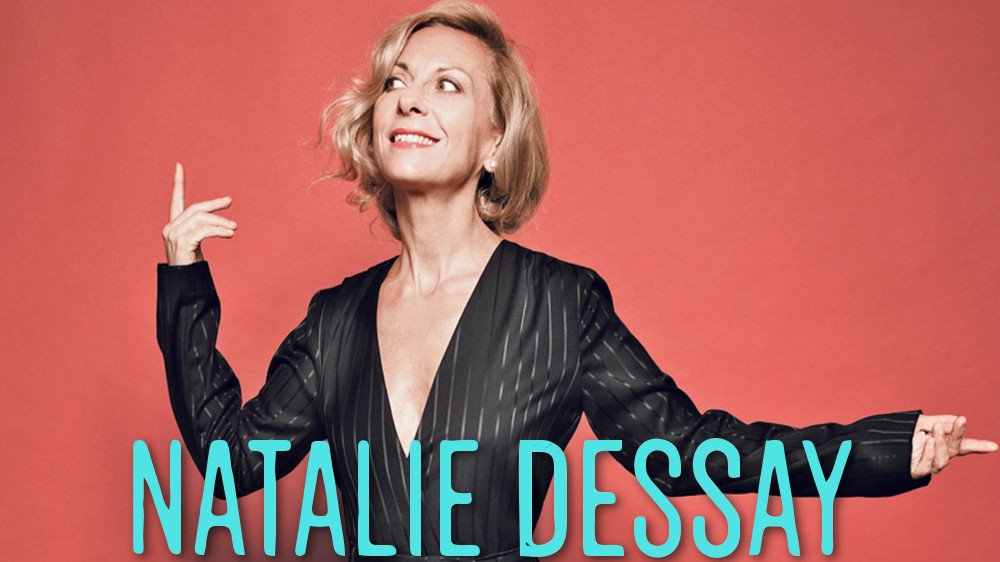 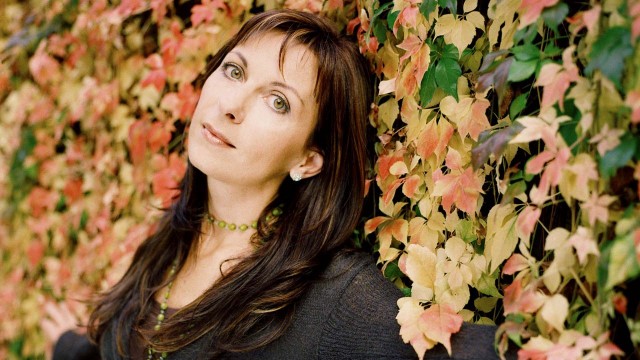 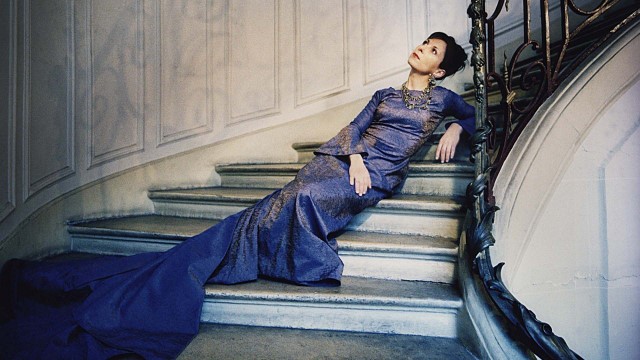 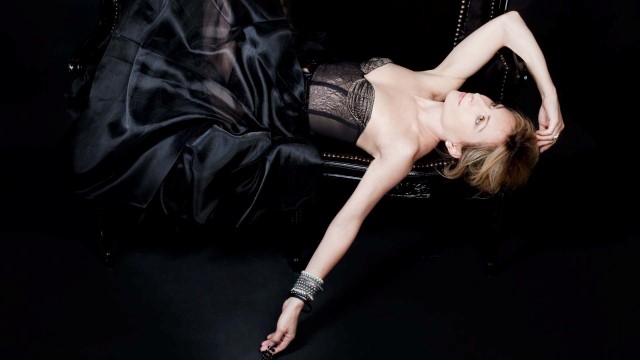