Ham Sandwich are a five piece Irish rock band, with members hailing from County Meath and Dublin. Charismatically fronted by Podge McNamee (vocals/guitar) and Niamh Farrell (vocals) the line-up is completed by Dave McEnroe (bass guitar), Brian Darcy (guitar) and Ollie Murphy (drums). The band have steadily built upon a devoted following in the Irish alternative music scene, and have been noted for their incendiary live performances at venues such as Whelans in Dublin. In addition to their reputation as one of Ireland's best live rock acts, Ham Sandwich have released a number of critically acclaimed singles and EPs; which have been distinguished by the consistent quality of all the songs contained therein. Initially, the band's name attracted more attention than the music. However, as Ham Sandwich became established, the name increasingly became an irreverance, and the music took precedence. Ham Sandwich have played alongside such internationally renowned artists as Electric Six, Whitesnake, Pere Ubu, Isobel Campbell, Mark Lanegan, My Morning Jacket, The Bluetones, I'm from Barcelona and The Buzzcocks amongst others. Ham Sandwich released their fourth single Click...click...BOOM in February 2007 following the success of singles Sad songs, St. Christopher and Words. Both Words and Click Click Boom were selected as Hotpress 'single of the fortnight'. St. Christopher and Words were also listed in Phantom FM's singles of the year 2006. The band performed Click...click...BOOM on the Late Late Show (RTE 1) on Friday 9th March 2007. Lead Singer Niamh Farrell gave birth to a baby boy mid 08. A video for Click Click Boom is due for release in March 2007. Links www.myspace.com/eathamsandwich www.eathamsandwich.bebo.com 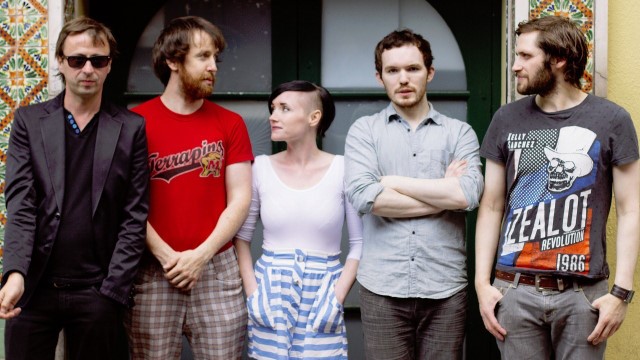