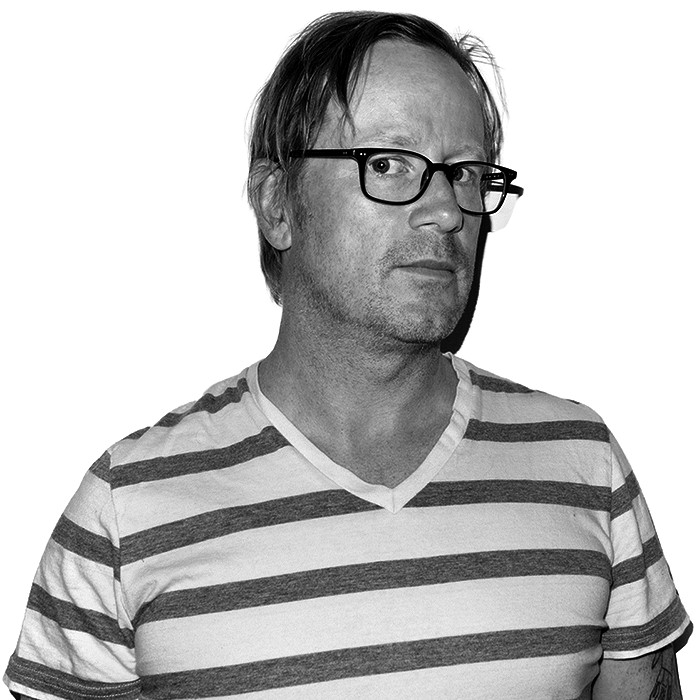 Garret "Jacknife" Lee is an Irish Grammy Award winning music producer and remixer. He has worked with a variety of artists, including U2, R.E.M., Snow Patrol, Bloc Party, The Hives, Weezer, Vega4 and Editors. Lee started as a guitarist for the punk band Compulsion, then pursued a solo career in the field of electronica after the band's break-up. His first solo work, the EP Cookies, was released under the name Jacknife Lee in 1999 by Pussyfoot Records, a label founded by Howie B. His first album Muy rico (also released in 1999) was heavily influenced by big beat and was positively received by DJs around the world. His second album Punk Rock High Roller took a different turn though, mixing big beat with 70's funk and various other musical styles, as well as seeing his debut as a singer. The record broke sales records for the label. It was a similar story with his third album To Hell With You I'll Make My Own People which was recorded under the alter-ego Jack Planck for the One Little Indian label which also broke sales records. Jacknife Lee released his self titled fourth solo album in 2007 which broke no sales records for 'most' but broke sales records for 'least'. Jacknife Lee has also remixed a variety of artists work including a version of Run-DMC's "It's Tricky 2003", The Future Sound of London's "The Mello Hippo Disco Show" and versions of U2's "Vertigo" which was limited released onto 7", 10" and 12" vinyl, Christina Aguilera, TLC, Pink, Blur, Radiohead, Missy Elliott, Busta Rhymes, Eminem, The Raveonettes, Dirty Vegas, Kraftwerk, New Order, Aqualung and Kasabian. In 2008 he produced R.E.M.'s latest album Accelerate, Bloc Party's Intimacy and Hadouken!. Also, Lee has produced two tracks on Weezer's sixth album, "Troublemaker" and "Pork and Beans". Sources from the Weezer camp have also named Lee as the producer for the band's seventh album, recording of which started in late 2008. Jacknife is currently producing Regina Spektor's forthcoming album.