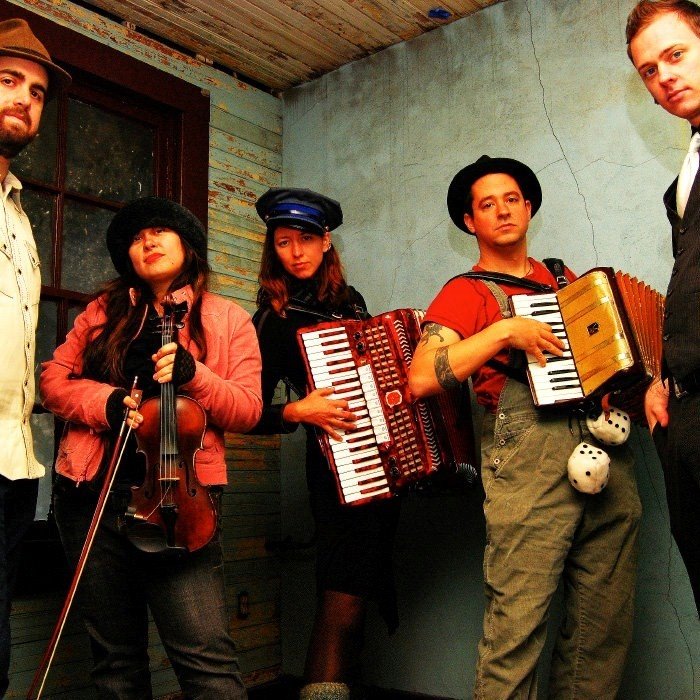 The Zydepunks tear it up on the accordion, fiddle and drums while singing songs from far away but close to their hearts. Their latest release, "...and the streets will flow with whiskey", recorded at Mike West's 9th Ward Studios, takes the listener from Louisiana Bayous to Berlin cabarets and everything in between, mixing traditional folk tunes with their own originals. Playing dance music that is popular across all ages and crossing all genres, the Zydepunks force their audience to get up on their feet and stomp through hours of music. The Zydepunks are based in New Orleans, where they regularly play four hours gigs to tireless fans staying up until daybreak to dance the night away. They also make musical forays into other parts of America and Canada when they can afford the gas. Five years ago, Eve Venema and Christian Kuffner met while street-performing in the French Quarter with a clown on a unicycle and a white rapper supposedly on the run from the FBI. A number of raucous shows at the notorious old Hi-Ho Lounge followed, planting the seeds for what was to come. The Zydepunks are moving from being a traditional folk band (or a glorified cover band) to creating original music inspired from their diverse backgrounds and instrumentation. The Zydepunks play Cajun, Zydeco, Irish, Scottish, Klezmer, Romanian, Russian, Quebecois, German, Breton, French, and original music. The Zydepunks sing in English, French, German, Spanish, Yiddish, and Portuguese 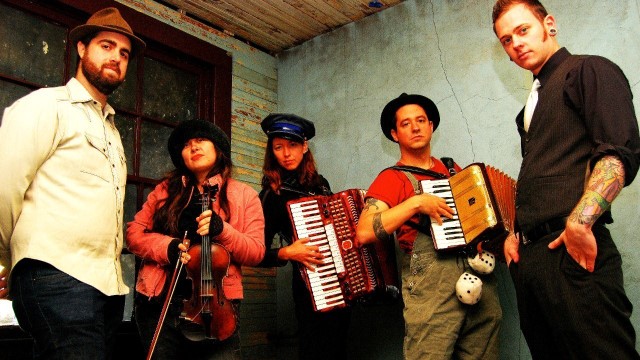