BIOGRAPHY BY MARY ISHIMOTO MORRIS (System Recordings / Human Imprint PR) Zardonic (aka Federico Agreda) of Barquisimeto, Venezuela, one of the rising stars in the international drum and bass constellation. Driven and prolific, he's establishing an enviable reputation for quality production and total dancefloor destruction. Federico Agreda started composing music in earnest at the age of 16, and at 18 was named Best Keyboardist at the 2002-2003 Metal Made in Venezuela Awards. His dedication and productivity gained him a cult following in the Venezuelan metal scene under his black metal moniker Gorepriest, and he became a controversial figure in the darkwave metal worldwide underground. Obsessively expanding his knowledge and skills, Agreda evolved through various metal incarnations and numerous projects, further distinguishing himself as an in-demand remixer for extreme metal bands including Impaled (California), The Berzerker (Australia), Dark Funeral (Sweden), and Gorgoroth (Norway). Though best-known now for extreme, angry, high energy drum and bass, Zardonic's repertoire encompasses the industrial, metal, goth and ambient genres as well under different aliases. His relentlessly in your face drum and bass remix of NIN's "The Hand That Feeds" became a global sensation on the NIN Remix Web site. In 2006 Zardonic's first dnb tracks ("Her Lust for Blood" and "Scourge") were signed to California label Death Brigade Records. In 2007, AK1200, a founding father of the North American dnb scene, selected Zardonic's thrilling "Moonlight Ceremony" (featuring indigenous venezuelan drum samples) for his "Weapons of Tomorrow" mixed compilation CD which further heightened his profile, leading to his tunes becoming supported by international dnb stars including Dieselboy, Pendulum, John B and Counterstrike. 2009 saw the release by Big Riddim Recordings of Zardonic's remix of AK1200's classic "Junior's Tune," and being commissioned by Dieselboy to do sound design for the Planet of the Drums 10th Anniversary Tour video intro. Seemingly always at the center of a storm of controversy, Zardonic remains undaunted, forging ever forward with renewed force. His catalog of remixes continues to grow as well as his collaborations with other respected artists including Counterstrike (South Africa) and Messinian (Philadelphia, PA, USA) who rapped over their infamous "Policia" track which was a huge dance floor hit, even dropped by dnb legends Andy C and DJ Hype. Zardonic's other label affiliations include Freak Recordings, Counterstrike, and Cymbalism. Appreciative of the breaks and encouragement he's received from established artists, Zardonic also tries to be supportive of aspiring producers by releasing free tracks on his net label Zardonic Recordings. So far 2010 has been a huge year for Zardonic: his 12-city "Raid Over Europa" Tour with DJ / producer / vocalist Joanna Syze (Ioanna Borovska), the release of his "Retaliation" mix for download by drum and bass web site Dogsonacid.com paired with an in-depth interview (in which he identified Melody, Latin, Industrial, and Metal as the predominant key components of his sound), and the release by seminal North American drum and bass label Human Imprint of the "South Of Human" EP featuring "Hardcore Will Never Die" and "Systems Activated". "Music has always been a medicine for emotional release, hence the euphoria found in most of my tracks. I need to make something that feels like it's screaming. Something that makes me grind my teeth and reminds me to smile in a sardonic way. Something that awakens the beast within," Zardonic explained upon the release of his Human Imprint EP. With fire and passion like that, clearly the arc of Zardonic's rise is just beginning. 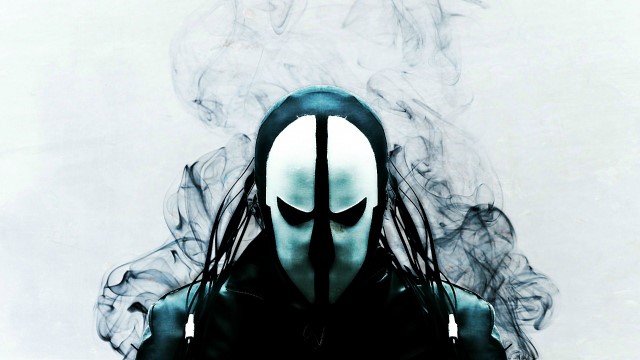