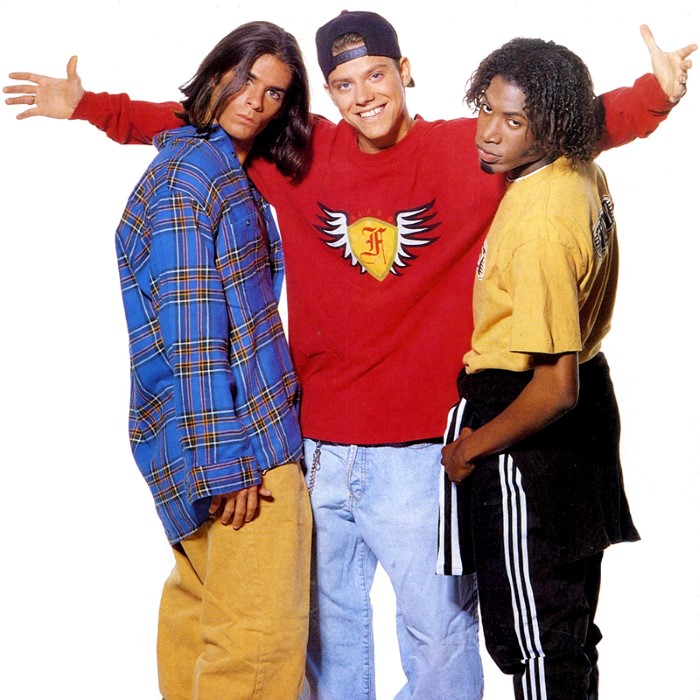 E.Y.C. (also known as Express Yourself Clearly) was an American pop/R&B group. Its members were Damon Butler, Dave Loeffler and Trey McKay Parker.
They scored six Top 40 hits in the UK Singles Chart before disbanding. Controversy surrounded the release of their track "Black Book"; which was released as a special edition CD featuring the names of all the fans that had signed up to their mailing list encouraging them to purchase the CD. This resulted in the group scoring their biggest hit when the track peaked at Number 13 in the UK chart.
They also appeared on the Childliners album, The Gift Of Christmas, alongside acts such as Backstreet Boys, Boyzone, MN8, Sean Maguire, Deuce, Ultimate Kaos, Let Loose, East 17, Peter Andre, Michelle Gayle and Dannii Minogue.