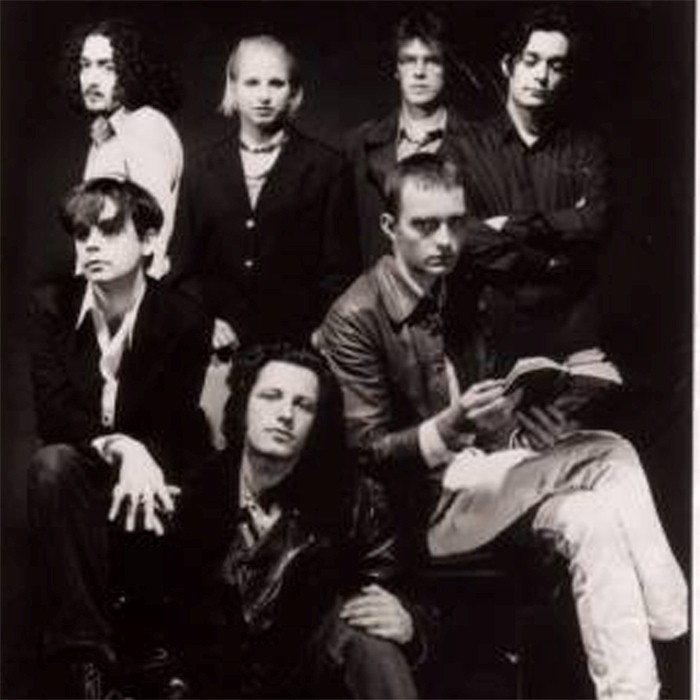 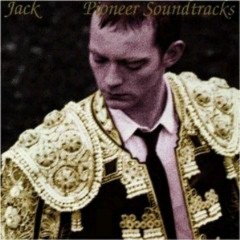 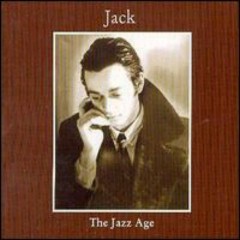 "Jack" A Welsh/Anglo band formed by Anthony Reynolds. Jack were formed in Cardiff, Wales in 1992, based around the songwriting partnership of Anthony Reynolds and guitarist Matthew Scott, both of whom had relocated to London by the end of 1993. By the end of 1995, Jack was a six piece, signed to Too Pure/Beggars Banquet records in the UK. In addition, both Matthew and Anthony were now signed to Warner/Chappell music publishing as songwriters and in early 1996 they signed with Cerne Canning's Sermon management. (Canning now manages Franz Ferdinand). Due to illness, original Violinist Audrey Morse left the band before the album's release, to be replaced by Lucy Wilkins the following summer. Jack's debut album, Pioneer Soundtracks, produced by respected producer Peter Walsh, was released to worldwide critical acclaim in the summer of 1996. Despite excellent press and considerable successful touring both in Europe and the UK, the four initial singles released from the album, 'Kid Stardust' (a tribute to Charles Bukowski), 'Wintercomessummer', White jazz', and 'Biography of a first son', failed to pick up any serious airplay and as a result sales were modest. http://www.myspace.com/jackpioneersoundtracksreissue In early 1997 Anthony formed a side project under the name of 'Jacques'. Produced by Momus, the album How to Make Love, Vol.1 was released on Setanta records as a limited edition that March. The album, recorded and mixed in seven days, was a much more Lo-fi venture than Jack, and was subsequently greeted with mixed and extreme reviews. Jacques, on this occasion consisting of Anthony and Matthew augmented by Violinist Ruth Gottlieb, (who had replaced Wilkins in Jack), toured in support of the album throughout the UK and in Paris that spring. By the autumn of 1997, following a lengthy renegotiation of their contract with Too Pure, Jack were once again in the studio recording their second album. Possible producers for The Jazz Age had included Peter Walsh, Gus Dudgeon (Elton John) and Steve Nye (Japan, Penguin cafe orchestra). The ultimate choice was producer Darren Allison (Divine Comedy, Spiritualized)and recording sessions continued in Wales and England until early 1998. Jacques, meanwhile, had recorded again during the Christmas of '97 with novelist/Poet/musician Kirk Lake. An EP 'Five fingered discount' was released in early 1997 on 'Che' records. The Jazz Age was released in the late summer of 1998. Despite excellent reviews and further European touring, the two singles from the album, 'Lolita Elle' and 'Steamin' received little airplay and sales were once again disappointing. By 1999 a demo'd third album, 'An anatomy of melancholy' had been abandoned, Jack had departed Too Pure and both rhythm guitarist Richard Adderley and violinist Ruth Gottlieb had left the band. http://www.myspace.com/niteterrors Spring of that year saw the release of collaboration between Anthony and former One Dove singer, Dot Allison. 'Mo Pop' was a modest hit. Around this time, Jack parted company from Cerne Canning who had decided to go into temporary retirement. That autumn saw Anthony recording a second Jacques album for Setanta at Twickenham's prestigious 'September sound' studio. (Formerly Eel Pie Island). Produced by former U2 engineer Rob Kirwan, the expansive line up included Bryan Mills (Divine Comedy, The Kittens), Will Foster (Delicatessen, The Tears, Sophia), and Matthew Scott. In the same time frame and studio, Jack recorded a five track EP for Acuarela records. La Belle et la Discotheque was produced by former Cocteau twins bassist (and fan of 'The Jazz age'), Simon Raymonde. Following further shows in Spain and London, by the end of 1999, most of the core members of Jack - Bassist Colin Williams, Keyboardist George Wright and drummer Patrick Pulzer, had left. With new management, (The Parisian based team: POPLANE), Jack (now Matthew and Anthony), continued as a duo. 1999 ended with another Jacques EP release: 'Faster than beauty'. La Belle et la Discotheque was released in early 2000 with little promotion, although its two lead tracks, 'Sometimes' and 'Disco-Cafe-Society' were playlisted on Spanish national radio. This was followed by a summer release of the second Jacques album, To Stars. To promote the release, Anthony and co played shows in Spain, France and London. Although once again critically acclaimed, the albums lead single 'Blue Party' failed to pick up airplay and sales were once again relatively minimal. Nevertheless, Anthony returned immediately to the studio to record the third Jacques album 'Happiness'. By the end of the year, Setanta though abandoned this project and both Anthony and Matthew were dropped by Warner/Chappell. By the spring of 2001 Jack had a new record deal with French/Belgium label, 'Les discques du crepuscule'. While Matthew set up a studio in London, Anthony travelled to the U.S. Spending time in New York and in L.A. where Anthony recorded friend Dan Fante (son of John) for a forthcoming Jack song 'The Emperor of new London'. The final Jack album was recorded in London that year. In 2001 a Jacques EP Romantic was released on Acuarela and Anthony once again visited Paris to record the song 'Summercries' with Franck Roussel and the Moscow Philharmonic orchestra. By the spring of 2002 Anthony had signed to Rykomusic music publishing and released a book of prose, short stories and lyrics: 'These roses taste like ashes'. A final Jack album The End of the Way It's Always Been was released that April and Jack were once again touring throughout the UK and Europe. The final live line up included many of the musicians who had played on the album: Paul Cook (Drums), Fiona Brice (Violin), Julian Simmons (keys), Simon Phipps (Guitar), Joe Jardine (Bass). A final Jacques EP Roses for Ashes was released in late summer. Following exuberant live appearances at the Spanish Bennicàssim festival, and two debut shows in Athens, Greece, Jack played their final concert in Cardiff that November. A deluxe, redux 2cd edition of 'Pioneer Soundtracks; was released by Spinney Records in March 2007.