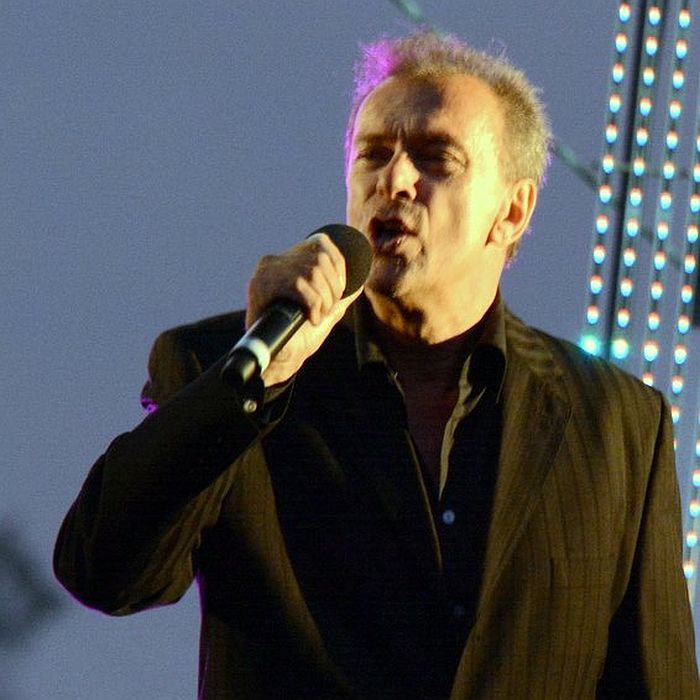 Richard Sanderson (born 5 March 1953, Taplow) is an English singer, best known for his hit songs "Reality", "So Many Ways" and "She's a Lady".
Born in England to a Scottish drum-playing father and a French accordionist mother, he was instilled with a love of music at a young age, and soon become a musician himself.

He started playing classical music on the piano at five years of age. At fifteen, he studied guitar and two years later became the organ player of a local rock band, Lover's Love. The band released four singles, one of them being Youth Has Gone (Amour De Papier), a song that he would revisit years later, Find a Reason Why. Three years later he became the official pianist of Nancy Hollaway and David Christie. At twenty one he formed his own band and played in hotels all around the world. He then left for the United States and played with different bands while studying harmony and orchestration at the Berklee College of Music.

At twenty five, he returned to England and was hired at the famous Trident recording studio. Under Vogue Records he released his first solo single Un Vent de Folie under the name Richard Lory. Then he released No Stickers Please in 1979, his first album. At Trident studio, he met famous film composer Vladimir Cosma and was selected to perform the main theme of the hit movie La Boum starring Sophie Marceau. He is the voice of the songs "Reality", "Murky Turkey", and "Go On Forever". The songs appeared on the film soundtrack album and as singles with other songs of the film.

The song Reality became a number one hit in fifteen countries, including France, Germany, Austria, Italy and Switzerland and sold eight million copies all around Europe and Asia. Reality is well known in Germany and it has been covered multiple times on DSDS, the German version of American Idol.

In 1982 Polygram released his new studio album, I'm in Love. The German version is different in two tracks from the French version ("Not Made for Me" and "Reality"). The single "She's a Lady" became number one in Italy and number four in Europe and Asia, selling more than 3 million copies. The album Surprise was released in 1984 with songs from La Boum 2, sung by him instead of Cook da Books or Freddie Meyer. Surprise is now a rare LP.

Fairy Tale was released in 1984 as the film score of L'unique. The album would be released in CD format three years later. In 1987 he released the album Reality, under Carrere label, and Songs For Lovers under the label Blow Up.

At thirty five he began working on film scores and became the official composer of Daniel Costelle, director of many historical documentary films such as La Victoire en Couleurs, which was nominated for an Emmy award in 1995 for best foreign film.

In 1990 he released his last pop music album, Anytime at All. The song When the Night Comes became number one in Asia, and So Many Ways reached the Top Ten in RFA.

He composed for Barbara Hendricks, and produced a few albums of Jewish music. The beauty of these Shabbat songs inspired him to record some of them in English with modern orchestrations. His album Legend: Visiting The Testament was released in 1999.

In 2009 he made the album Re-creátion where he sings his favourite songs. In 2011 he released Sings the Classics (Re-creátion under Sound and Vision label).

Richard Sanderson lives today near Paris with his wife and three daughters, Mélody, Ophélia and Angelina.