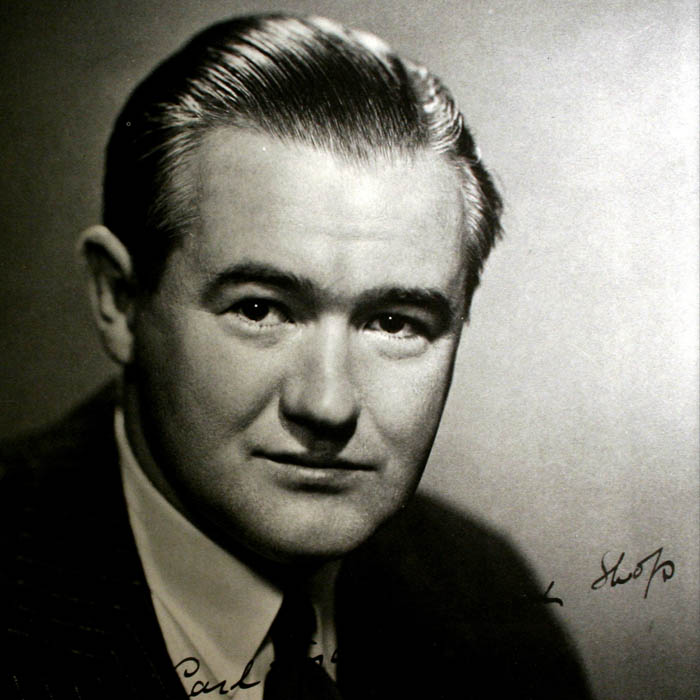 Edward George Power Biggs (March 29, 1906 – March 10, 1977), professionally known as E. Power Biggs, was a British-born American concert organist and recording artist.
Biggs was born in Westcliff-on-Sea, Essex, England; a year later, the family moved to the Isle of Wight. Biggs was trained in London at the Royal Academy of Music, where he studied with G.D. Cunningham. Biggs emigrated to the United States in 1930. In 1932, he took up a post at Christ Church in Cambridge, Massachusetts, where he lived for the rest of his life.
Biggs did much to bring the classical pipe organ back to prominence, and was in the forefront of the mid-20th-century resurgence of interest in the organ music of pre-Romantic composers. On his first concert tour of Europe, in 1954, Biggs performed and recorded works of Johann Sebastian Bach, Sweelinck, Dieterich Buxtehude, and Pachelbel on historic organs associated with those composers. Thereafter, he believed that such music should ideally be performed on instruments representative of that period and that organ music of that epoch should be played by using (as closely as possible) the styles and registrations of that era. Thus, he sparked the American revival of organ building in the style of European Baroque instruments, seen especially in the increasing popularity of tracker organs — analogous to Europe's Orgelbewegung.
Among other instruments, Biggs championed G. Donald Harrison's Baroque-style unenclosed, unencased instrument with 24 stops and electric action (produced by Aeolian-Skinner in 1937 and installed in Harvard's Busch-Reisinger Museum, Cambridge, Massachusetts) and the three-manual Flentrop tracker organ subsequently installed there in 1958. Many of his CBS radio broadcasts and Columbia recordings were made in the museum. Another remarkable instrument used by Biggs was the John Challis pedal harpsichord; Biggs made recordings of the music of J.S. Bach and Scott Joplin on this instrument.
Bigg's critics of the time included rival concert organist Virgil Fox, who was known for a more flamboyant and colorful style of performance. Fox decried Biggs' insistence on historical accuracy, claiming that it was "relegating the organ to a museum piece". However, many observers agree that Biggs "should be given great credit for his innovative ideas as far as the musical material he recorded, and for making the organs he recorded even more famous." Despite different approaches, both artists enjoyed hugely successful careers and Biggs rose to the top of his profession. In addition to concerts and recording, Biggs taught at the Longy School of Music in Cambridge, Massachusetts, at various times in his career and edited a large body of organ music.
Biggs was elected a Fellow of the American Academy of Arts and Sciences in 1950. For his contribution to the recording industry, Biggs has a star on California's Hollywood Walk of Fame, at 6522 Hollywood Boulevard. 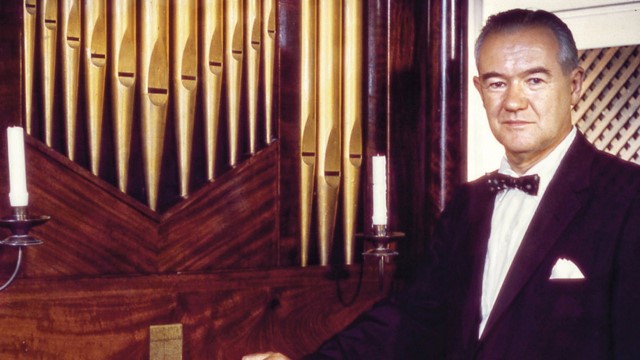