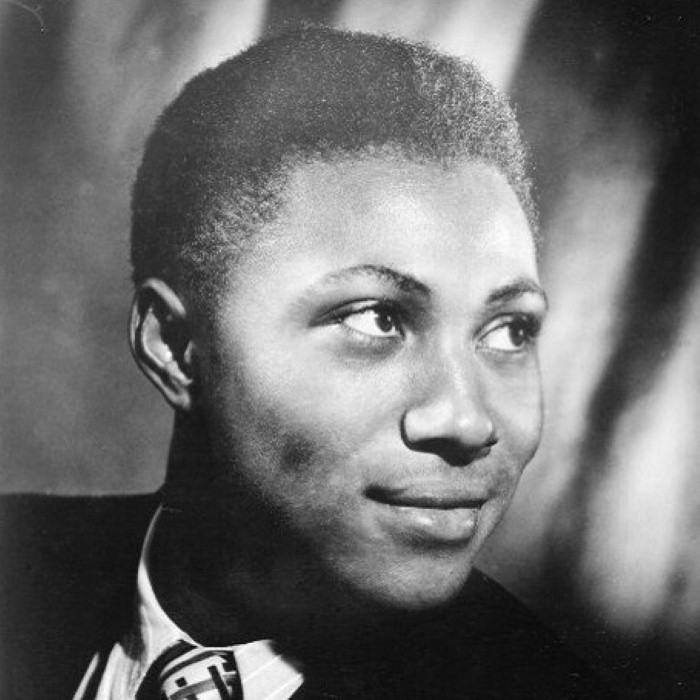 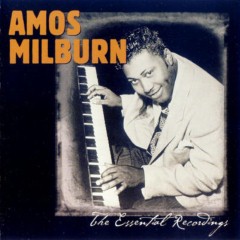 Amos Milburn (Houston, Texas, April 1, 1927 - January 3, 1980) was an American rhythm and blues singer and pianist, popular during the 1940s and 1950s. Joseph Amos Milburn, Jr., one of thirteen children, was playing tunes on the piano by the age of five years. He enlisted in the United States Navy when he was fifteen and earned thirteen battle stars in the Philippines, before returning to Houston and organizing a sixteen-piece band playing in Houston clubs and was Managed by William & Geneva Church. Milburn participated with the Houston jazz and blues musicians. He was a polished pianist and performer and during 1946 attracted the attention of a woman who arranged a recording session with Aladdin Records in Los Angeles, California. Milburn's relationship with Aladdin lasted eight years during which he produced more than 75 sides. His cover version of "Down the Road a Piece" (1946) was a blues song with a Texas boogie beat that was similar in many respects to rock music. However, none became popular until 1949 when seven of his singles got the attention of the R&B audience. "Hold Me Baby" and "Chicken Shack Boogie" landed numbers eight and nine on Billboard's survey of 1949's R&B Bestsellers. He became one of the main performers associated with the Central Avenue music scene in Los Angeles. He was also a popular touring artist, and won awards from both Down Beat magazine (Best Blues and Jazz Star) and Billboard magazine (Top R&B Artist). Among his best-known songs was "One Scotch, One Bourbon, One Beer". During 1950 Milburn's "Bad, Bad, Whiskey" scored the top of the R&B record chart and began a series of drinking songs (none written by Milburn, but several composed by Rudy Toombs). However, there is not any evidence that Milburn had an alcohol problem. Milburn continued his successful drinking songs through 1952 ("Thinking and Drinking", "Trouble in Mind") and was by now touring the country playing clubs. While touring the Midwest that summer, he announced that he would disband his combo team and continue as a solo act and that autumn he joined Charles Brown for a Southern concert tour. For the next few years each of his tours was composed of a series of one-nighters. After three years of solo performing he returned to Houston during 1956 to reform his band. During 1957 Milburn's releases with Aladdin Records did not sell well, and the record label, having its own problems, terminated. He tried to regain commercial success with a few more releases with Ace Records but his time had passed. Radio airplay was emphasizing on the teenage market. Milburn contributed to the R&B Yuletide canon twice. The first was in 1949, with "Let's Make Christmas Merry, Baby", on Aladdin Records, and then again during 1960 with "Christmas (Comes but Once a Year)" for King Records. The song appeared as the b-side of Brown's holiday classic "Please Come Home for Christmas". Milburn's final recording was for an album by Johnny Otis. This was during 1972 after he had been incapacitated by a stroke, so much so that Otis had to play the left-hand piano parts for his enfeebled old friend. His second stroke resulted in amputation of a leg because of circulatory problems. He died soon after at the age of 52 years from a third stroke. The Texan boogie-woogie pianist and singer was an important performer of blues music during the years immediately after World War II. Milburn was one of the first performers to switch from sophisticated jazz arrangements to a louder "jump" blues. He began to emphasize rhythm and technical qualities of voice and instrumentation second. His energetic songs, about getting "high", were admired by fellow musicians, such as Little Willie Littlefield, Floyd Dixon and his prime disciple, Fats Domino. He was a commercial success for eleven years and influenced many performers. Fats Domino credited Milburn consistently as an influence on his music. One commentator noted, "Milburn excelled at good-natured, upbeat romps about booze and partying, imbued with a vibrant sense of humour and double entendre, as well as vivid, down-home imagery in his lyrics." 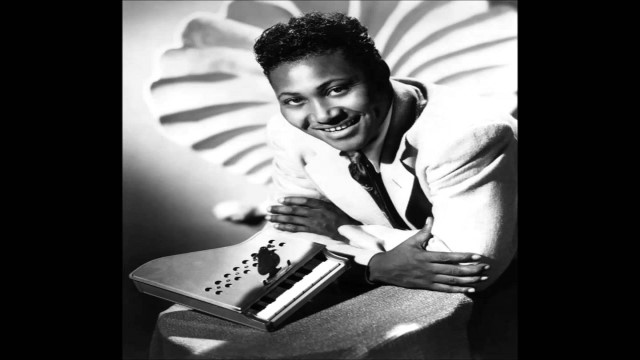