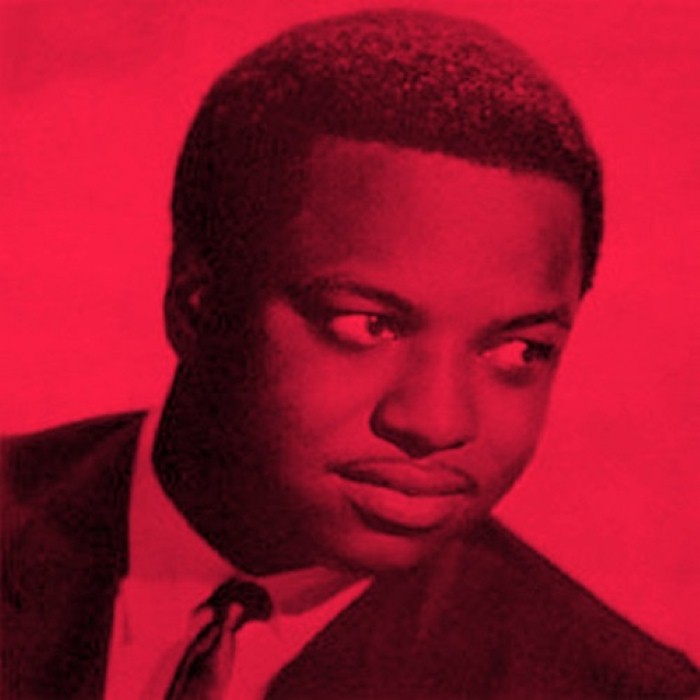 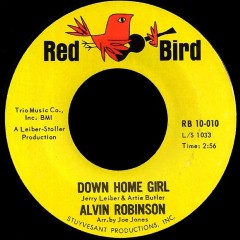 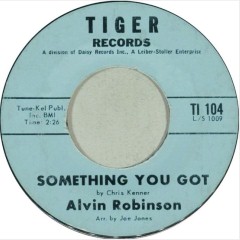 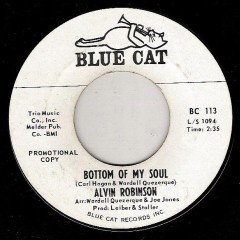 Alvin "Shine" Robinson (December 22, 1937 - January 24, 1989), sometimes credited as Al Robinson, was an American rhythm and blues singer, guitarist, and songwriter, based in New Orleans. His recording of "Something You Got" reached the Billboard Hot 100 in 1964. He was born in New Orleans, and by the late 1950s was established as a session musician in the city. In 1961 he recorded for Imperial Records in New Orleans, with "I'm Leaving You Today" betraying his influence by Ray Charles. His management was soon taken over by singer Joe Jones, who had had a hit with "You Talk Too Much" and who won Robinson a recording contract with Tiger Records, a new label set up in New York City by songwriters and record producers Jerry Leiber and Mike Stoller. In 1964, he recorded a version of Chris Kenner's song "Something You Got". The song, featuring Robinson's "fantastically bluesy growl", rose to no.52 on the Billboard pop chart. He moved with Leiber and Stoller to their next label, Red Bird Records, and recorded "Down Home Girl", a song written by Leiber with Artie Butler, arranged by Joe Jones, and produced by Leiber and Stoller. Although the record was critically acclaimed, and was regarded by Leiber and Stoller as the best record issued on the Red Bird label, it was not a commercial success, but was covered by the Rolling Stones on their 1965 album The Rolling Stones No. 2. Robinson's later recordings for Red Bird and its subsidiary Blue Cat label, including a reshaped version of "Let The Good Times Roll" arranged by Wardell Quezergue, also failed to reach the charts. Robinson continued to record in his own name and as a session guitarist. He moved to Los Angeles, and recorded "Let Me Down Easy", written by King Curtis, for Atco in 1967. He also began playing with Dr. John, and appeared as a guitarist on the albums Babylon, Dr. John's Gumbo, and Hollywood Be Thy Name, as well as co-writing several album tracks with Dr. John. As a solo performer, Robinson recorded for Harold Battiste's A.F.O. and Pulsar labels; one of his recordings for Pulsar, "Sho' Bout To Drive Me Wild", featured contributions from many New Orleans musicians including Battiste, Dr. John, Jessie Hill and King Floyd. He was also credited on Carly Simon's album Playing Possum, and Ringo Starr's Goodnight Vienna. Robinson later returned to New Orleans, where he died in 1989 at the age of 51. Alvin aka Al Robinson ( 1937 - 1989 ) in the late 50's was working as a session guitarist in New Orleans, serving for a time as guitar teacher to Shorty Long of 'Here Comes The Judge' fame. Robinson's first solo singles came out on Imperial in the early 60s and he also moved to New York for awhile. In 1964 Alvin Robinson became one of the first artists to record for the new tiger & Daisy labels operated by the writing and production team of Leiber and Stoller. His first 45 was a cover of Chris Kenner's 'Something You Got' and a cover of The Coasters hit 'Searchin' made it to #8 R&B and #52 pop in June of 1964. In September 1964, Robinson's version of 'Down Home Girl' b/w 'Fever' came out as Red Bird 010, his only disc for that particular Leiber Stoller label). Another Leiber-Stoller hit that was previously recorded by The Coasters, Robinson's take on 'Down Home Girl was a proto-funk classic revamped later by the Rolling Stones, and Nazareth. The follow up 7" was 'How Can I Get Over You' b/w 'I'm Gonna Put Some Hurt On You' in March of 1965. After Leiber and Stoller lost control of their labels in 1966, Robinson cut minor regional records at sessions fo Joe Jones records, Atco and others. In 1969 he made his way to Los Angeles, recording for New Orleans expatriate and Sonny & Cher producer Harold Battiste's A.F.O. label, and Pulsar. Robinson joined Dr. John's touring lineup as guitarist in the 70's and 80's and played on albums like Dr. John's 'Gumbo', Carly Simon's 'Playing Possum', Ringo Starr's 'Goodnight Vienna' Tom Waits' "Blue Valentine" in 1978 and Chuck E. Weiss' "The Other Side Of Town" in 1981. He eventually returned to his hometown New Orleans in 1985, and passed away in 1989.