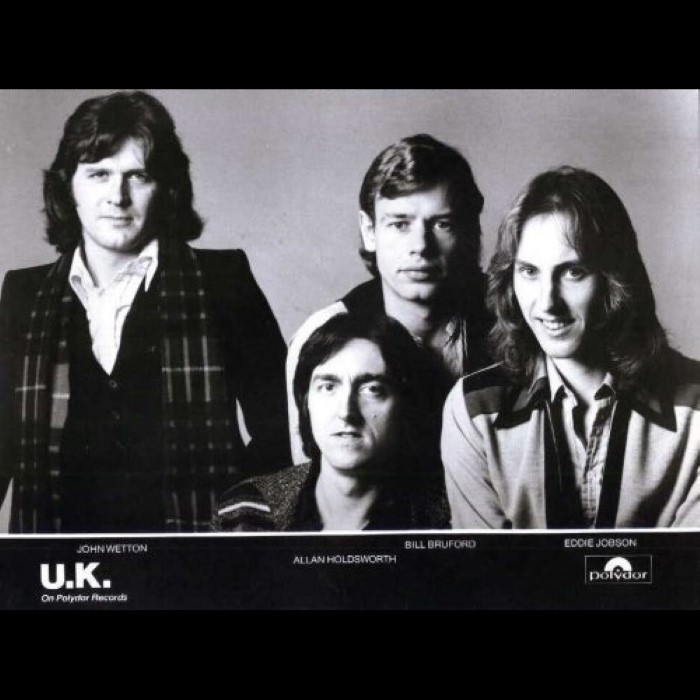 "U.K." were a short-lived British progressive rock supergroup active from 1977 through 1980. In September 1976, singer/bassist John Wetton formerly of the British Psychedelic band Family (with Roger Chapman and Rick Grech) and drummer Bill Bruford, both alumni of King Crimson, worked on forming a band with Yes keyboardist Rick Wakeman. The project was stopped by Wakeman's label. According to Bruford, "A&M Records were unwilling to let their 'star,' Wakeman, walk off with a used, slightly soiled King Crimson rhythm section, and the idea failed." Determined to work together, Bruford and Wetton next asked guitarist Robert Fripp to reform King Crimson which Fripp had disbanded in 1974. When Fripp declined, Bruford and Wetton decided that each would bring in a musician of his choice to formulate a band. Wetton brought in keyboardist/violinist Eddie Jobson, whom Wetton knew from his work with Roxy Music in 1976 - "stealing" him from Frank Zappa. Bruford recruited guitarist Allan Holdsworth (formerly of Soft Machine and Gong) who had played guitar on Bruford's 1977 debut solo album, Feels Good to Me. U.K. released their self-titled début album in 1978 and followed it with a supporting tour. Following two lengthy American tours (June-October 1978), first Holdsworth and then Bruford departed U.K. over musical differences, going on to form the jazz rock fusion group Bruford. After the departure of Bruford and Holdsworth, U.K. didn't bring in another guitarist. Drummer Terry Bozzio (another one-time Frank Zappa band member) joined Wetton and Jobson, and as a result U.K. became a trio with a progressive rock lineup of keyboards/bass/drums (albeit supplemented by Jobson's violin). The trio recorded the album Danger Money, released in March 1979, and spent much of that year touring North America as opening act for Jethro Tull. A live album, Night After Night, was recorded in Japan that Spring and released in September. Following a final European tour in December 1979, and in spite of plans to record a new studio album in America in March 1980, U.K. disbanded. The reason for this was Jobson's and Wetton's different ideas on how the band should have gone on. Jobson wanted UK to go on with more long instrumental pieces, while Wetton thought that performing shorter songs was a better idea. Jobson stated that one song in particular was the reason of the band to disband: "When Will You Realise?", a non-LP B-side (to date still unavailable on CD) featured on the "Night After Night" single, which Wetton would re-record (with slightly different lyrics) in 1980 on his solo album Caught In The Crossfire. Throughout their brief existence, U.K.'s music was characterised by skilled musicianship, jazzy harmonies, close harmony vocals, use of odd time signatures (like 7/4 on the song "In the Dead of Night"), electric violin solos, and unusually varied synthesiser (Yamaha CS-80) sonorities. 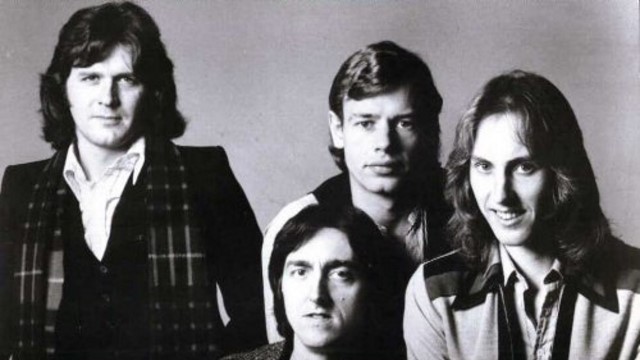