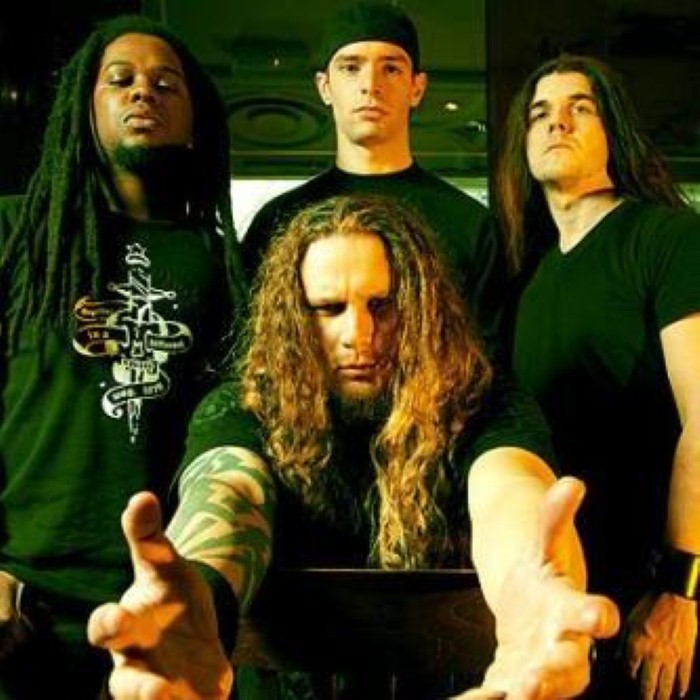 Zuul FX deliver a slab of industrialised no-nonsense metal with the release of their debut album 'By The Cross' on MARCH 1st via Equilibre Music. Produced by François Caste, 'By The Cross' sees Zuul FX on brutally uncompromising form. From the pummeling 'Behind The Light' and the brutal-to-sheer melodic strains of 'Nothing Is Real', Zuul FX exude abrasive heavy metal that combines highly technical skills with beautiful melodies. Tunes like 'Punisher', and 'God Bless Them' are meticulously streamlined mechanised metal laced with electronic rythms and 'Cabal' pulverises the listener into submission. "We are taking stuff from our favourites bands and taking it to places where we've never seen anybody try and take it", says main-man Steeve, citing Slipknot, Fear Factory and Static X as significant influences on his share of Zuul FX. With top of the class tunes and choruses that will stay in your frontal lobe whether you want it or not, Zuul FX take the aforementioned trends to a razor-sharp edge that gives them an extra twist. The brainchild of vocalist Steeve, the Zuul FX concept had been in his mind while he was still handling the vocals duties in the French thrash-metal band No Return (from 1999 to 2003). Steeve contacted long term friend guitarist Blast (then of the Swiss metal-electro band Rain) and asked him to join Zuul FX. The two began putting together a fierce collection of songs and recruited Shag as a bassist and Aurel (formerly of Kooma) as a drummer. With strong support from national magazines, Zuul FX's impact was immediate and fervent; with the combination of their raw energy and brutal yet melodic songwriting, there was no stopping them. "We got a great reaction right away'', says Steeve." Our only goal is to share pure moments of heavy metal fun with the fans!". So far, the buzz around 'By The Cross' has proved enormous and Zuul FX are set to launch their live campaign in the near future with a video for 'Cabal' (featuring French Porn Star Angela Tiger) already in its post-production stages. The band have recently inked a deal with the French label Equilibre Music (Crack Ov Dawn, MXD, Lycosia). Combining melody with technical accuracy, 'By The Cross' is sure to blow away their legions of fans, just as it is certain to garner them an increased appeal in a more mainstream arena. Steeve "Zuul" Petit : Vocals (No Return, Iceland) Karim : Guitars (Kooma) Shag : Bass Aurel : Drums (Kooma) former member Blast : Guitars (Rain) 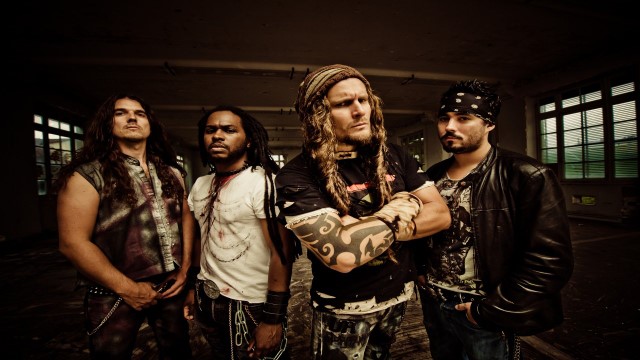