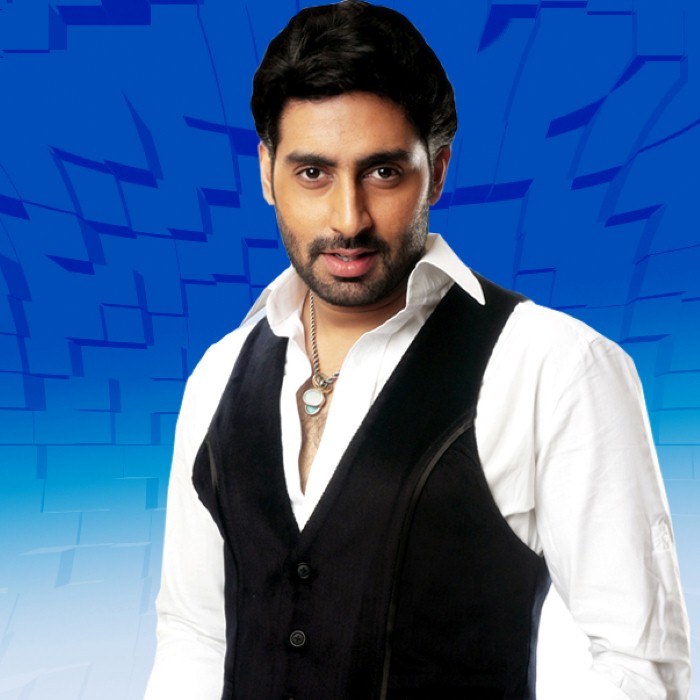 Abhishek Bachchan (born February 5, 1976 in Mumbai, India) is an award-winning Indian actor. He is the son of Indian actors Amitabh Bachchan and Jaya Bachchan. He is married to former Miss World turned actress Aishwarya Rai. Bachchan made his debut with J.P. Dutta's Refugee (2000). After that, his career consisted of films that went un-noticed at the box office. It was not until 2004, that the actor delivered a hit and a critically acclaimed performance, in the films Dhoom and Yuva. Abhishek began his career with J.P. Dutta's moderately successful Refugee along with Kareena Kapoor in 2000, but Kareena was the one, who got the success. In a span of four years, Bachchan went on to do many more movies, without any major box-office successes, for example Kuch Naa Kaho with Aishwarya Rai, whom he later married in 2007. 2004 was a good year for him. His performance in Mani Ratnam's Yuva, proved his mettle as an actor. The same year, he starred in Dhoom which was his first major hit. In 2005, he shot to fame with four consecutive hits: Bunty Aur Babli, Sarkar, Dus and Bluffmaster. He won his second Filmfare Award in the Best Supporting Actor category for Sarkar. Bachchan also received his first Filmfare nomination in the Best Actor category. His first 2006 release, the multi-starrer Kabhi Alvida Naa Kehna (2006) was one of the highest grossing films of the year.He was also a part of Mani Ratnam's stage show, Netru, Indru, Naalai alongside many other co-stars. His second release Umrao Jaan failed to do well at the box office, and there were rumours about him and Aishwarya Rai being together. His third release Dhoom 2, a sequel to his first hit Dhoom did very well at the box office, but like in the first film, the villain (this time Hrithik Roshan), stole the show from him. His first release in 2007 was Guru. He received much acclaim for his performance and the film emerged as his first solo hit. In May 2007, he made a brief appearance in the multi-starrer Shootout at Lokhandwala which was successful. His next release Jhoom Barabar Jhoom released in June 2007. The film failed to do well in India but did better overseas especially in the UK. However while the film received mixed reviews, Bachchan received good reviews for his performance in the film. Abhishek Bachchan is also involved in the functional and administrative operations of his father's company (formerly known as ABCL, now re-christened as AB Corp. Ltd.). It is known that during the times wherein his father was facing his worst phase with their company ABCL, which was declared a failed company, is when Abhishek got hugely involved in its revival. In Summer 2008, Abhishek Bachchan joined his father Amitabh Bachchan, wife Aishwarya Rai Bachchan along with Preity Zinta, and Ritesh Deshmukh on the Unforgettable World Tour. The 1st leg of the tour covered the USA, Canada, London, and Trinidad. The second leg of the tour will most likely happen by the end of this year 2008. Amitabh's company AB Corp Ltd. along with Wizcraft International Entertainment Pvt. Ltd are behind the concert. The tour has been a resounding success with almost every venue being sold out.