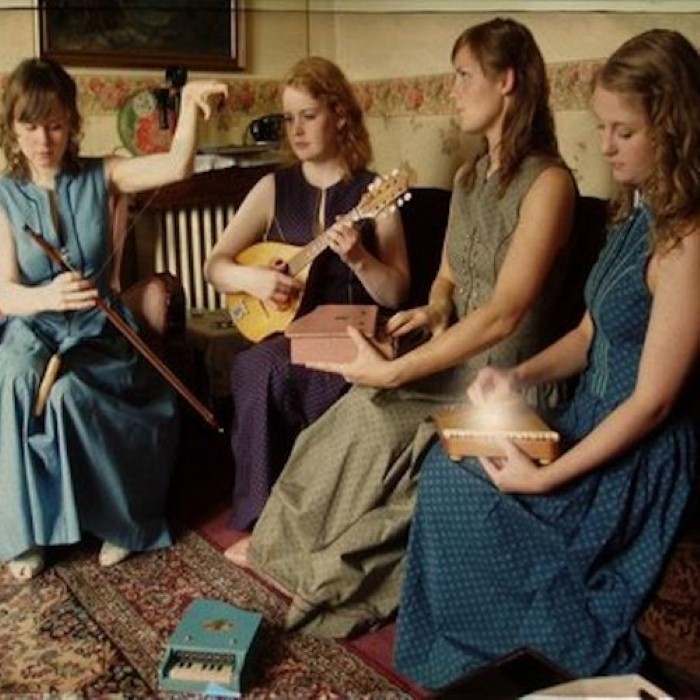 Originally a string quartet formed by four girls (Edda Rún Ólafsdóttir, Hildur Ársælsdóttir, María Huld Markan Sigfúsdóttir and Sólrún Sumarliðadóttir) at the Reykjavík College of Music in the late 1990s, Amiina went on to cut its teeth as Sigur Rós’ string section for the next decade. Now a sextet after a recent masculine infusion, Amiina released its second full length album, Puzzle, in September 2010.

Amiina’s debut album, Kurr (2007), was performed on a disparate jumble of instruments – musical saws, kalimbas, music boxes and seemingly anything that could be plucked, bowed or beaten on – resulting in a work that ebbed and flowed “in a strange, powerful place between sophistication and innocence,” according to The Guardian.

While the above is equally true of Puzzle, this time around the group’s sonic palette is broadened by the contributions of drummer Magnús Trygvason Eliassen and electronic artist Kippi Kaninus (Guðmundur Vignir Karlsson), permanent members of the group since 2009. Accordingly, the songs on Puzzle are more rhythmically rugged than amiina’s previous work and feature heavier use of electronics. amiina’s long-standing fondness for zero-g melodies and open-minded instrumentation, however, continues. 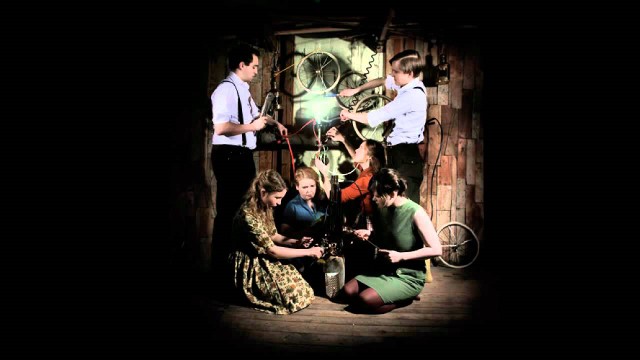