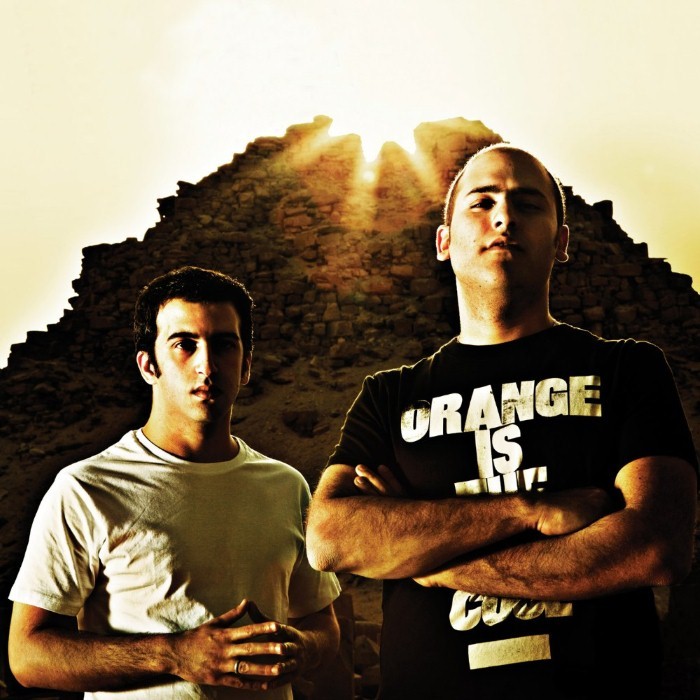 Aly & Fila is an Egyptian trance music duo made up of Aly Amr Fathalah (aka Aly) and Fadi Wassef Naguib (aka Fila). They host an Internet radio show called Future Sound of Egypt (every Monday at 4PM US Eastern / 9PM UK / 22:00 Central European Time on Digitally Imported radio). In 2011, their track "We Control The Sunlight", which featured Jwaydan Moyine was chosen as "Tune of the Year" on Armin Van Buuren's show A State of Trance.

History:
Aly Amr Fathalah (Aly) and Fadi Wassef Naguib (Fila), the Egyptian duo, were both born in 1981 and have known each other since kindergarten. After falling in love with the music of Paul Van Dyk, Steve Helstrip and Chicane they built their first small studio and started doing electronic music and djing from 1999. Once they established themselves in Egypt, they decided to go international signing with the German record label Euphonic Records in 2002. Their first release, "Eye of Horus," received huge airplay from the likes of Paul Van Dyk, Armin Van Buuren, DJ Tiësto and many others. The track was licensed to Fundamental Recordings in the Netherlands and reached number 4 position in the Dutch Dance charts.
After finishing their contract with Euphonic Records, Fila met with Andy Prinz and they decided to launch their first sublabel of Offshore. Upcoming Egyptian releases would follow. Their first release through Offshore Music Switzerland / AP Pro Audio "Spirit of Ka" made it on numerous playlists.
They have played alongside Armin Van Buuren in A State of Trance Episode 300, Episode 350, Episode 400, Episode 450, Episode 500, Episode 550, Episode 600 and Episode 650. Aly & Fila were guest DJs at Armin's A State of Trance 500 Events for the fifth year in a row, playing with Den Bosch on April 9 and Sydney on April 16.
They have been voted among the top 100 DJs on DJ Mag since 2008. They ranked number 111 in 2007, 31 in 2008, 22 in 2009, 20 in 2010, 22 in 2011, 19 in 2012 and 20 in 2013. Also, #11 on Trance Addict's top 250 Djs Poll in 2010 and #8 in 2011 and #3 in 2012.
The duo have opened a new record label by the year 2009, naming it like the radio show "Future Sound of Egypt" Recordings. The record label signed on various well-known DJs such as Sean Tyas, Bjorn Akesson and Neptune project. They have also signed up different upcoming Egyptian trance DJs such as Philippe el Sisi, Mohamed Ragab, and Brave.
On their debut album, 'Rising Sun', the duo joined forces with talented vocalists and producers Tiff Lacey, Sue McLaren, Josie, Denise Rivera, Philippe El Sisi, Bjorn Akesson and many more. The characteristic sound of Aly & Fila is uplifting and euphoric trance, the main genre of their first album.
Aly & Fila celebrated the 200th episode of their hugely successful radio show Future Sound Of Egypt 200 by throwing an event in their native Egypt on Friday, December 2, 2011. Set to light up the chosen venue of Echo Temple in Sharm El Sheikh, the line-up included some of the hottest dance acts on the scene at the time, including John O'Callaghan, Roger Shah, Sied Van Riel and many others. Echo Temple is tailor-made for trance fans prepared to dance long into the night at the foot of the Sinai Mountains, and is widely regarded as one of the world's finest outdoor clubs because of its truly unique experience.
While both continue to produce music together, only Fadi currently goes on tour since Aly suffered a severe ear injury while performing and was advised to avoid loud music or risk losing the hearing in that ear altogether. 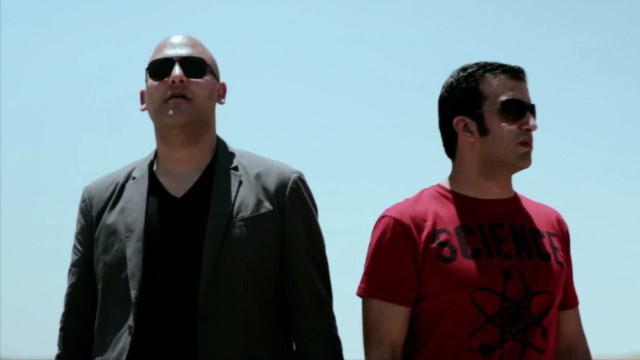 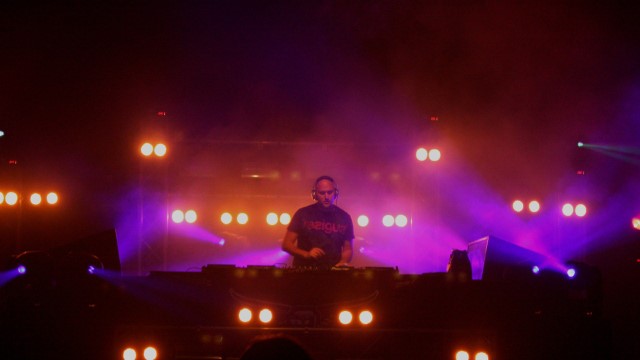 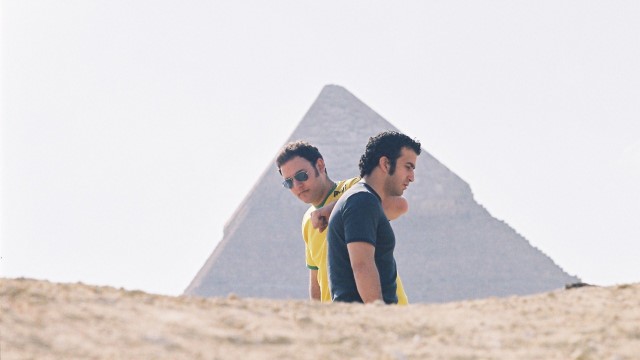