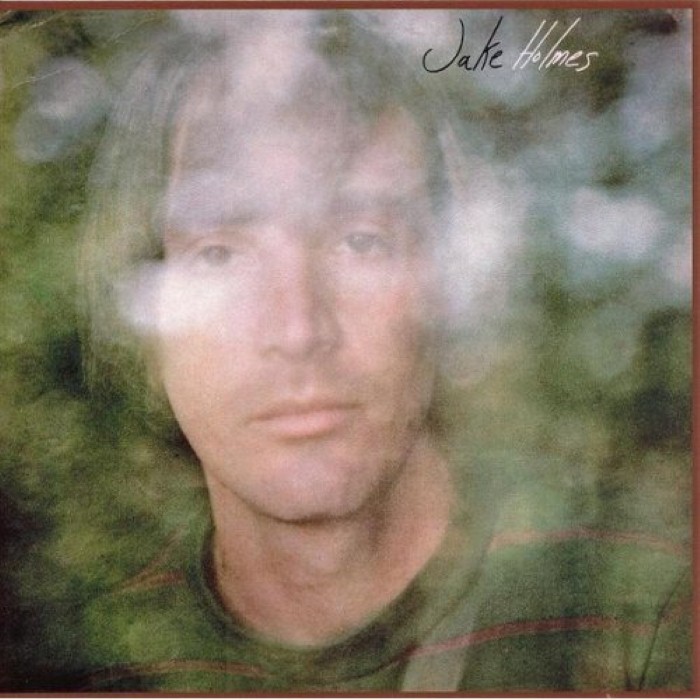 Jake Holmes (born December 28, 1939 in San Francisco, California) is an American singer-songwriter and jingle writer who began a recording career in the 1960s. Holmes, who has a particular talent for writing clever, perceptive lyrics, is perhaps best known as the original author of the song "Dazed and Confused", later popularized by Led Zeppelin, and for composing the music to US Army recruitment jingle "Be All That You Can Be" for the words created by Earl Carter in the 1980s. The jingle and subsequent advertising campaign was used extensively by the US government throughout the 1980s. Holmes also co-wrote the famous "Be a Pepper" for soft drink multinational corporation Dr Pepper Snapple Group.

Holmes' first musical foray was with his wife Katherine in the folk pop parody duo, Allen & Grier. Following military service, he resumed his music career. Among the highlights: Holmes put lyrics to Bob Gaudio's music on The Four Seasons' 1969 Genuine Imitation Life Gazette album, after which the pair went on to compose Frank Sinatra's 1970 Watertown album. Coming during a relative low point in Sinatra's career, Watertown was his least successful album, but the song "I Would Be in Love (Anyway)" reached No. 4 on the Billboard Adult Contemporary chart. The song "What's Now is Now" reached No. 31 on that chart and was later included in Frank Sinatra's Greatest Hits Volume 2. Sinatra's recording of the Gaudio-Holmes composition "Lady Day" was left off the Watertown album, but was released as a single, and Don Costa later rearranged "Lady Day" for inclusion in Sinatra's Sinatra & Company album. In 1985 Nina Simone recorded a cover version of "For a While," from the Watertown album, for her Nina's Back album. That same year Simone recorded a live version of "For a While" for her Live And Kickin' album.

On his own, Holmes recorded during the 1960s two well-regarded albums for EMI's Tower Records label: A Letter to Katherine December and The Above Ground Sound of Jake Holmes, which contained the aforementioned "Dazed and Confused" and "Genuine Imitation Life." The Four Seasons' Bob Gaudio heard Holmes sing "Genuine Imitation Life" at The Bitter End in New York's City's Greenwich Village, which led to their collaborations on the The Four Seasons and Sinatra albums.

Between those projects, Holmes, who had landed a recording contract with Polydor, went to Nashville to record an album called Jake Holmes. That was followed by the most successful solo album of his career, So Close, So Very Far to Go. Released by Polydor in 1970, it rreached No. 135 on the Billboard album chart, and the single "So Close" rose to No. 49 on Billboards Hot 100. In 1970 Lena Horne sang Holmes' "It's Always Somewhere Else" on a TV special made with Harry Belafonte, and released on the album Harry & Lena. Belafonte commenced recording Holmes' songs on The Warm Touch (1971), followed by Play Me (the song "So Close", 1973), and Loving You Is Where I Belong (1981), culminating in a whole album, 1988's Paradise in Gazankulu. These were followed by the live recordings Belafonte '89 and An Evening with Harry Belafonte and Friends (1997). In 1977, "So Close" became the title song of an album by Helen Schneider, a popular New York night club singer.

Holmes's modest success with Polydor led to a contract with Columbia Records and the album How Much Time. It was as accomplished as all his work, but yielded no hits in a pop era that was about to be swamped by disco music.

Later in the 1970s, with his music career stalling, Holmes moved into writing advertising jingles for HEA Productions, which provided music for advertising agencies. His first jingle for HEA was for an anti-drug campaign, "What Do You Do When the Music Stops". Besides the US Army slogan and Dr. Pepper jingle, he is also the composer of the "Aren't You Hungry for Burger King Now?" campaign (1981), "Come see the softer side of Sears", and many other commercials, earning him the nickname "Jingle Jake". His voice can also be heard on commercials for Philip Morris, General Motors, Union Carbide, Gillette, DeBeers, Winn-Dixie, and British Petroleum. In the 1990s, Holmes set up in partnership a jingle and music production company called Three Tree Productions. Three Tree was eventually acquired by Frank Gari's Gari Media Group. Gari, best known for television news music and image packages, continues to produce TV commercial jingles including "Vista Blues" for Apple Inc.'s Get a Mac campaign.

Even as his jingle career flourished, Holmes never gave up songwriting. He co-wrote every song on Harry Belafonte's 1988 album Paradise in Gazankulu. And as the new century dawned, Holmes released a new solo album called Dangerous Times and jumped into the political fray with such downloadable anti-Bush songs as "Mission Accomplished" and "I Hear Texas."