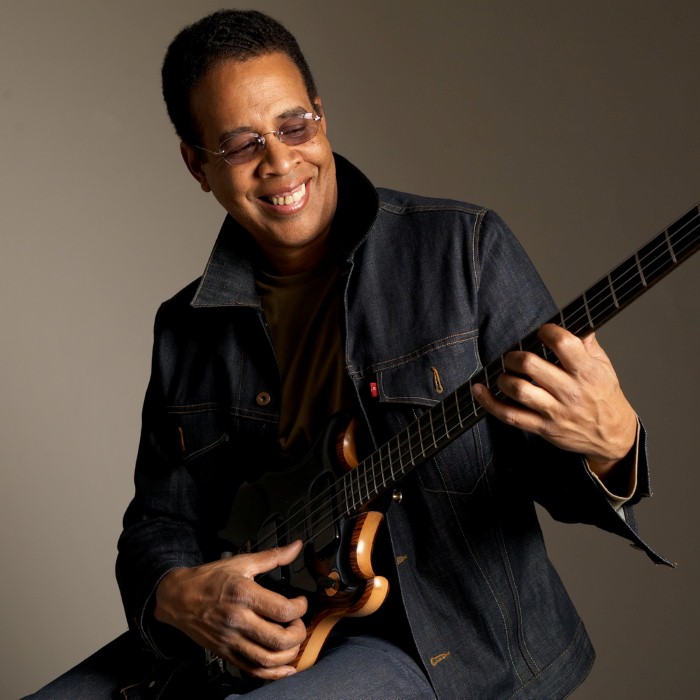 Stanley Clarke (born June 30, 1951) is an American jazz musician and composer known for his innovative and influential work on double bass and electric bass as well as for his numerous film and television scores. He is best known for his work with the fusion band Return to Forever, and his role as a bandleader in several trios and ensembles.

Early life and education
Clarke was born in Philadelphia, Pennsylvania. He was introduced to the bass as a schoolboy when he arrived late on the day instruments were distributed to students and acoustic bass was one of the few remaining selections. He is a graduate of Roxborough High School in Philadelphia. Having graduated from the Philadelphia Musical Academy, (which was absorbed into the University of the Arts in 1985), he moved to New York City in 1971 and began working with famous bandleaders and musicians including Horace Silver, Art Blakey, Dexter Gordon, Gato Barbieri, Joe Henderson, Chick Corea, Pharoah Sanders, Gil Evans and Stan Getz.

Clarke was a member of the Church of Scientology, but is no longer involved. His earlier musical productions would often reference L. Ron Hubbard on their LP sleeves.

1970s
During the 1970s he joined the jazz fusion group Return to Forever led by pianist and synth player Chick Corea. The group became one of the most important fusion groups and released several albums that achieved both mainstream popularity and plaudits from critics. The big master piece by Return to forever was the Romantic Warrior with Al Di Meola on the guitar, Lenny white on drums, Chick Corea on all keyboards and Stanley Clarke on bass, released in 1976 . Clarke also started his solo career in the early 1970s and released a number of albums under his own name. His most well-known solo album is School Days (1976), which, along with Jaco Pastorius's self-titled debut, is one of the most influential solo bass recordings in fusion history. His albums Stanley Clarke (1974) and Journey to Love (1975) are also notable.

Scoring film and television
Clarke began with TV scores for ABC's short-lived series A Man Called Hawk and an Emmy-nominated score for Pee-wee's Playhouse. Clarke then moved on to work as a composer, orchestrator, conductor and performer of scores for such films as: Boyz n the Hood, the biopic of Tina Turner What's Love Got to Do with It, Passenger 57, Higher Learning, Poetic Justice, Panther, The Five Heartbeats, Book of Love, Little Big League, and Romeo Must Die. He also scored the Luc Besson- produced/co-written action film, The Transporter, starring Jason Statham and a Michael Jackson video release directed by John Singleton entitled Remember the Time. In the 2000s, he composed music for the Showtime Network program Soul Food.

Right-hand electric bass technique
When playing electric bass, Clarke places his right hand so that his fingers approach the strings much as they would on an upright bass, but rotated through 90 degrees. To achieve this, his forearm lies above and nearly parallel to the strings, while his wrist is hooked downward at nearly a right angle. For lead and solo playing, his fingers partially hook underneath the strings so that when released, the strings snap against the frets, producing a biting percussive attack. In addition to an economical variation on the funky Larry Graham-style slap-n'-pop technique, Clarke also uses downward thrusts of the entire right hand, striking two or more strings from above with his fingernails (examples of this technique include "School Days", "Rock and Roll Jelly", "Wild Dog", and "Danger Street").

Equipment
Clarke has long been associated with Alembic basses, and much of his recorded output has been produced on Alembic instruments, particularly a dark-wood-colored custom bass in the Series II body style. These basses are handmade neck-through-body instruments made from a mixture of exotic woods and a proprietary active pickup system that is powered from an external power supply. A Stanley Clarke Signature Model bass guitar is produced by Alembic. Clarke also utilizes full-range amplification for his basses, including two QSC 2050 amplifiers, more in keeping with a keyboardist's rig than a bassist's or guitarists. To extend his melodic range, he also plays on tenor and piccolo basses. Clarke's are usually short scale (78 cm or 30.75"), four string, Carl Thompson or Alembic.

In the late 1970s, Clarke was playing Rick Turner's first graphite neck on his Alembic "Black Beauty" bass, and he decided to have an all composite bass made. He commissioned designer/luthier Tom Lieber to design and build this bass, having purchased one of Lieber's Spider grinder basses in 1979. In 1980 Lieber and Clarke formed the Spellbinder Corporation and produced a limited run of fifty Spellbinder basses. One left-handed bass was built as a gift from Stanley to Paul McCartney. After the run, the molds were destroyed. In 2007 Clarke once again teamed up with Lieber and Rick Turner to reform the Spellbinder Corp. and produce a limited run of 125 of the Spellbinder Bass II, which he played on the RTF reunion tour. Clarke has also played a Ken Smith BT Custom, and a German made Löwenherz Tenor Bass

His current pedalboard consists of a TC Electronic G-System, an MXR Bass Octave Deluxe and an EBS Bass IQ Envelope.


Clarke, on tour with Jeff Beck, in Amsterdam July 5, 1979
Clarke formed Animal Logic with rock drummer Stewart Copeland, after the break-up of The Police, and singer-songwriter Deborah Holland. Other notable (recording/touring) project involvements are: (1979) Jeff Beck, (1979) Ron Wood's New Barbarians, (1981, 1983, 1990) Clarke/Duke Project with George Duke, (1984) with Miroslav Vitouš, (1989) Animal Logic with Stewart Copeland, (1993–94), A group with Larry Carlton, Billy Cobham, Najee & Deron Johnson, (1995) The Rite of Strings with Jean-Luc Ponty and Al Di Meola and (1999) Vertu’ with Lenny White and Richie Kotzen. In addition to touring with his own band, Clarke continues also collaborates with other artists on tour. During the summer and fall of 2007 he toured with his The Rite of Strings comrades, Al Di Meola and Jean-Luc Ponty. In addition to a date in France and dates in the Eastern U.S., the tour included shows in South America.

In 2006 Clarke joined old friend George Duke for a 40-city tour of festivals and performing arts centers. This was the first time Clarke and Duke had toured together in fifteen years. The duo first teamed to form the Clarke/Duke Project in 1981. They scored a Top 20 hit with "Sweet Baby" and recorded three albums. In 2005 Clarke toured as Trio! with banjo player Béla Fleck and Jean-Luc Ponty. The U.S. and European tour was nominated for a 2006 Jammy Award in the category of "Tour of the Year."


Stanley Clarke and Victor Wooten in the SMV Thunder Tour at Stockholm Jazz Festival, 2009
Since the 1980s, Clarke has turned much of his energy to television and film scores. He is credited for the scores for the ABC Family Channel series Lincoln Heights as well as composing the theme song for the show. In October 2006, Clarke was honored with Bass Player magazine's Lifetime Achievement Award. Bassists Marcus Miller and Victor Wooten presented the award at a ceremony at New York City's Millennium Broadway Hotel. Stanley who won a Grammy Award in 1975 was the first “Jazzman of the Year” for Rolling Stone magazine, won "Best Bassist" from Playboy magazine for 10 straight years, and is a member of Guitar Player magazine's "Gallery of Greats." He was honored with the Key to the city of Philadelphia and put his hands in cement as a 1999 inductee into the Hollywood Walk of Fame on Sunset Boulevard. In 2004 he was featured in Los Angeles magazine as one of the 50 most influential people.

BET-J launched a series hosted by Clarke entitled On the Road with Stanley Clarke in June 2006. The series consists of seven episodes titled "Origins of Black Music," "That Philly Sound," "Jazz Beyond the Classroom," "Black Music in Film, Television & Theatre," "Jazz," "Black Music in Film – The Next Generation:" and "Bass to Bass." Some of his guests include Terence Blanchard, Marcus Miller, George Duke, The Tate Brothers, Gamble and Huff, and academicians Dr. Jacqueline Cogdell DjeDje and Dr. Cheryl Keyes from the Department of Ethnomusicology at UCLA among many others. On the Road with Stanley Clarke episodes were re-broadcast on BET-J in 2007. In 2008, Stanley was presented with a doctorate in fine arts from his alma mater, the The University of the Arts. He has three children (Chris and two stepchildren, Natasha and Frank).

Recent records
Clarke's latest records include The Toys of Men in 2007. This was his first release in five years, on October 17, 2007. The first week of release it went to No.2 on Billboard charts' Contemporary Jazz Chart. The 13-track CD examines the issue of war, and it includes performances by vocalist/bassist Esperanza Spalding, keyboardist Ruslan Sirota, percussionist Paulinho da Costa and violinist Mads Tolling. The Toys of Men includes acoustic bass interludes that provide a counterpoint to Clarke's better known electric bass attack. 2009 saw his release of Jazz in the Garden, featuring the Stanley Clarke Trio: with Clarke, pianist Hiromi Uehara, and Lenny White on drums. In 2010, Clarke released the Stanley Clarke Band, with Ruslan Sirota on keyboards and piano and Ronald Bruner, Jr. on drums; the album also features Hiromi on piano (as a guest artist), along with many others. On February 13, the Stanley Clarke Band won the Grammy for Best Contemporary Jazz Album. 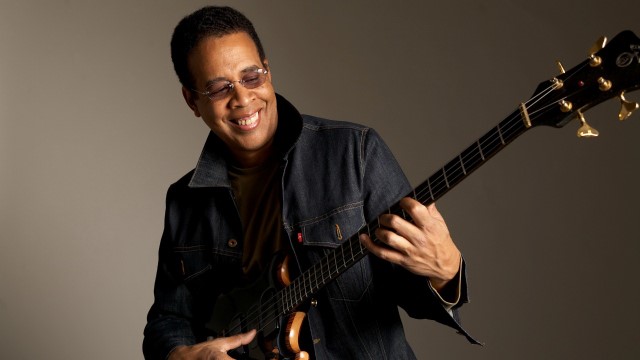 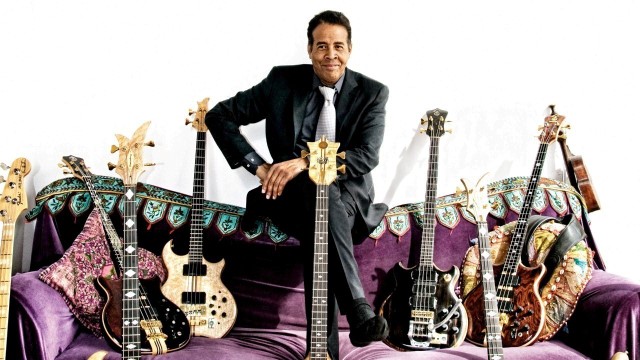 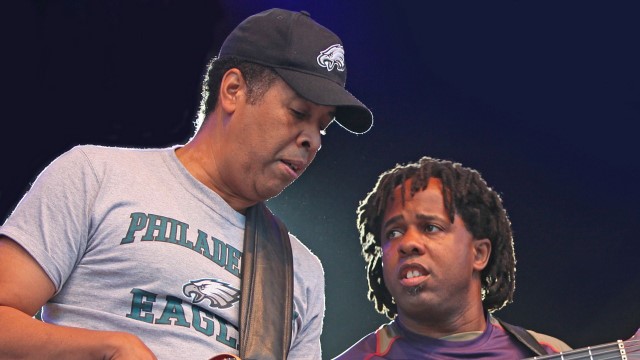 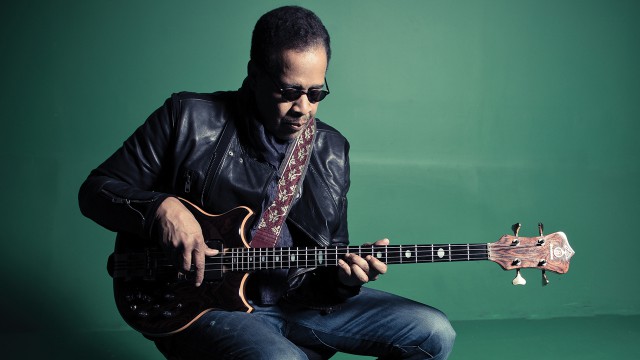