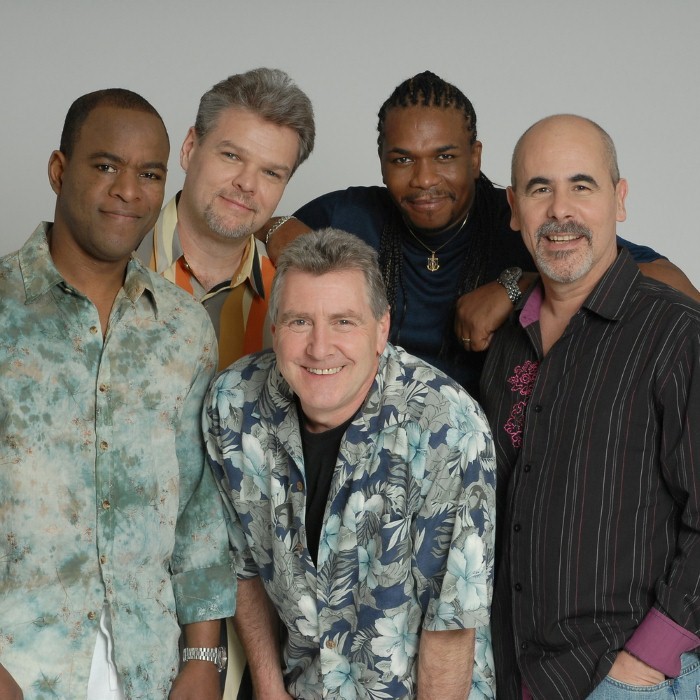 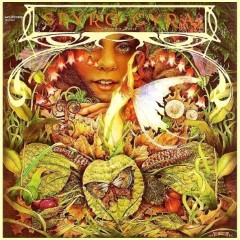 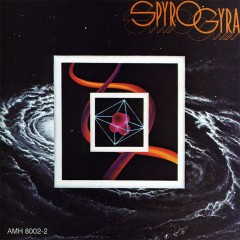 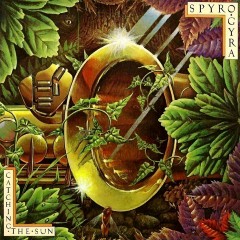 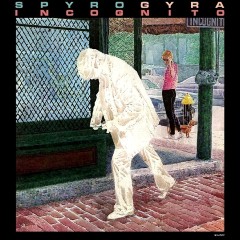 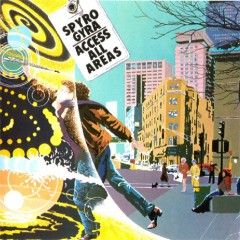 Spyro Gyra /ˌspaɪroʊˈdʒaɪrə/ is an American jazz fusion band that was originally formed in the mid-1970s in Buffalo, New York, United States. Their music, often featured on smooth jazz radio stations, combines jazz with elements of R&B, funk and pop music. To date, the band has released over 30 albums and sold over 10 million copies. They average about 100 live performances per year. Popular singles include "Shaker Song" and "Morning Dance" (1979).

With the exception of founding bandleader Jay Beckenstein (alto saxophonist and songwriter) and Tom Schuman (keyboardist), the personnel has changed over time, and between the studio and the live stage. Today, guitarist Julio Fernandez is also in his third decade with the band.

The band's name is a misspelling of Spirogyra, a genus of green algae, which Beckenstein had written about in a college biology paper.

History
Appearance on the Buffalo club scene
Spyro Gyra emerged around Jay Beckenstein and keyboardist Jeremy Wall, who had met and formed a band during their high school years. Although they headed in different directions during college—Beckenstein to the State University of New York in Buffalo and Wall to Cal Arts—they spent summers together playing outdoor concerts, and Wall moved to Buffalo soon after graduating.

Beckenstein had been working in clubs in Buffalo since his junior year of college, backing various vocalists. Wall teamed up with Beckenstein, and the two started playing instrumental music—mostly covers of R&B songs—together. The other two musicians, who were part of the nucleus, were Buffalo natives Jim Kurzdorfer on bass and Tom Walsh on drums, although many people played in those early jam gatherings. An early regular on the Tuesday Night Jazz Jam scene was Buffalo percussionist Umbopha Emile Latimer. In Beckenstein's description of the Buffalo club scene of the time:

Not many people know it, but Buffalo was like a mini Chicago back then, with a smoking blues, soul, jazz, even rockabilly scene, of all things.
Over a year, their work evolved into Spyro Gyra. Wall has commented, that their sound was a "gutbucket of rhythmic tradition. We did simple music and esoteric stuff. It all came together, this oddball mix, until we found a middle ground, our own groove".

Breaking out of Buffalo
As the group played more venues around Buffalo and became a regular at the Tralfamadore Cafe, their increasing popularity landed them opening slots for national acts and performances in nearby Rochester and Cleveland. During this time, the band featured two guitarists: Alfred "Fast Freddy" Rapillo (who later played for Rick James) and Rick Strauss. When Tom Walsh moved to California, the drum chair was alternately taken by Tom Duffy, Ted Reinhardt, and others. Tom Schuman, who had been sitting in with the band from the age of 16, became a fixture in 1977. The group had two keyboard players for a brief period until Jeremy Wall left the performing band in 1978.

The first eponymous album Spyro Gyra, self-released in late 1977, reflected these personnel as well as some guests like vibraphone player Dave Samuels and percussionist Rubens Bassini. The album attracted the attention of locally-based Amherst Records, who re-released the first album with new artwork. The debut album was one of Billboard's Top 40 Jazz Albums of 1978. Bronx-born percussionist and drummer Gerardo Velez, who started his career with Jimi Hendrix at Woodstock, became a regular in the band around this time. He gained fame with early fans as Spyro Gyra's "dancing percussionist."

The March 1979 release of Morning Dance gave the band national and international notoriety. Through Infinity Records, a start-up label owned by MCA Records, the group appeared in most major US cities and many jazz festivals in Europe in 1979. The Morning Dance album became a platinum seller, Billboard's No. 3 Jazz Album of 1980, and peaked at No. 11 in the UK Albums Chart. The album's title song became a #1 adult contemporary single, Billboards No. 6 adult contemporary single of 1979, and reached No. 17 success in the UK Singles Chart.

When Infinity Records folded, Spyro Gyra's follow-up record, Catching the Sun, was released on MCA Records in February 1980 to similar success, becoming the No. 4 jazz album of 1980 and peaking at No. 31 in the UK. Bass player Jim Kurzdorfer left the group in 1980, replaced by David Wofford. The group released their next album, Carnaval, in late 1980. Like Catching the Sun before it, Carnaval was a gold selling album. Carnaval became Billboard's No. 7 jazz album of 1981.

1980s
1984 saw the release of the live Access All Areas, which became Billboard's #11 Jazz Album of 1984. Access All Areas was the first album of Jay Beckenstein's new "band-centric" approach to Spyro Gyra. It also introduced vibraphonist Dave Samuels as a full-time member of the band. Eli Konikoff and Chet Catallo left the band just prior to its release, replaced by drummer Richie Morales and guitarist Julio Fernandez, respectively.

It was this core unit that recorded 1985's Alternating Currents, which featured the hit "Shakedown." After percussionist Manolo Badrena, a veteran of Weather Report and a previous guest musician on Spyro Gyra's albums, joined the band as a full-time member, replacing Gerardo Velez, the group released the 1986 follow-up Breakout. Alternating Currents (1985) and Breakout (1986) would be among the top 15 Jazz Albums in Billboard in 1986. Longtime co-producer Richard Calandra died in October 1986 of pancreatic cancer.

Another personnel change was made in 1987, as Kim Stone left the band and the bass was taken over by Roberto Vally for the Stories Without Words album. 1988's Rites Of Summer was the band's first without a percussionist, other than the drummer. It was also the introduction of bassist Oscar Cartaya. Both Stories Without Words (1987) and Rites Of Summer (1988) were among Billboard's top 15 Contemporary Jazz Albums of 1988.

In 1989, Point of View provided another turning point for the band, as Julio Fernandez was replaced by guitarist Jay Azzolina. It was also the first album in five years to feature a guest musician, Roger Squitero on percussion.

1990s
The 1990s provided the band with new challenges and a stable line-up for most of the decade. Guitarist Julio Fernandez rejoined the band for their 1991 Collection CD, a Best of... which also featured two new songs. These two new songs on Collection marked the debut of drummer Joel Rosenblatt.

The next CD, Dreams Beyond Control (1993), was another about-face in the production approach, which featured a large cast of supporting players and singers. Alex Ligertwood, of Santana, provided lead vocals, a first on a Spyro Gyra album. Also featured on this CD were the Tower of Power horns, Howard Levy, Brazilian percussionists Cyro Baptista and Marc Quiñones, and the No Sweat Horns.

In the 1995, the band released Love and Other Obsessions with guests Deniece Williams, Barrington Henderson, Billy Cliff, and a host of other backing vocalists and musicians (including Dave Samuels). This release marked the group's last flirtation with traditional R&B vocals. The album's instrumental "Ariana" became a No. 1 song at Smooth Jazz radio. The band's next release, Heart of the Night (1996), marked a conscious effort to produce a themed album of songs signifying the "moods of the night," from romantic to jumpin' at the club.

The group's last studio album for GRP, 1997's 20/20 was named for its distinction as the band's twentieth release in twenty years. This release was notable for its jazz version of James Taylor's "Sweet Baby James" and for the Spyro Gyra debut of guest trumpeter Chris Botti.

The band's last CD for GRP was 1998's live album, Road Scholars, the title being a sly nod to the band's 20 plus years of shows. The album featured extended versions of the group's familiar tunes, including the 10-minute plus piano trio version of the first hit "Shaker Song."

The Nineties closed out with Got the Magic (1999), a single release on Windham Hill Jazz. This album featured another No. 1 song on Smooth Jazz radio, "Silk and Satin," and a jazzy vocal by Basia (Trzetrzelewska) written by trumpeter Jeff Beal and his wife Joan.

2000–present
In 2001, Spyro Gyra released In Modern Times, the first of seven releases on Heads Up International. This release peaked at No. 2 on the Contemporary Jazz Chart in Billboard and also scored on Billboard's Independent Albums chart. It spawned a modest radio hit with "After Hours", written by Chuck Loeb.

In 2002, their former label GRP Records released The Very Best of Spyro Gyra, a somewhat misleading title as it only encompassed releases from 1988 to 1997. The release contained fan favorites from the band's middle period, such as "Breakfast at Igor's," "Para Ti Latino," and "The Unknown Soldier," as well as a live version of "Morning Dance."

2003 saw another studio release with Original Cinema, which was somewhat of a left turn in production values, utilizing a wealth of sequencers and drum programming. In 2004, the band released The Deep End, which peaked at No. 3 on Billboard's Contemporary Jazz chart and at No. 26 on the same publication's Independent Albums chart. Longtime drummer Joel Rosenblatt left the band during the making of the record, allowing for two other drummers to be featured on the album, guest Billy Kilson and drummer Ludwig Afonso.

The bulk of the songs on 2006's Wrapped in a Dream, which peaked at No. 4 on Billboard's Contemporary Jazz chart, featured guest drummer Josh Dion. Trinidadian Bonny Bonaparte (Bonny B) made his drums debut, going on to record the next four albums with the group. Wrapped in a Dream was the first Spyro Gyra album in over twenty years to be nominated for a Grammy.

Good to Go-Go, released in 2007, was a more stripped down effort and introduced Bonny B's talents as a vocalist, performing a convincing dancehall patois on his own "Jam Up." The CD went on to No. 3 on Billboard's Contemporary Jazz chart and was nominated for a Grammy.

The group's next album was a true departure as their only holiday themed release. The Grammy nominated A Night Before Christmas (2008) was their most mainstream jazz effort to date, with instrumental takes on holiday favorites. The album featured vocals from Bonny B, Janis Siegel, and Christine Ebersole on a Beckenstein original.

A Foreign Affair was released in 2011 and included Beckenstein, Schuman, Fernandez, Ambush, and Bonny B, as well as guest vocalists such as Arijit Singh and Keb' Mo'. The CD debuted at No. 2 on Billboard's jazz charts. Drummer Bonny Bonaparte left the group due to health issues in November 2011, replaced by drummer Lee Pearson.

The Rhinebeck Sessions was released in 2013 and included Beckenstein, Schuman, Fernandez, Ambush and Pearson. According to the group, it was written and recorded over three days in a recording studio in Rhinebeck, New York. 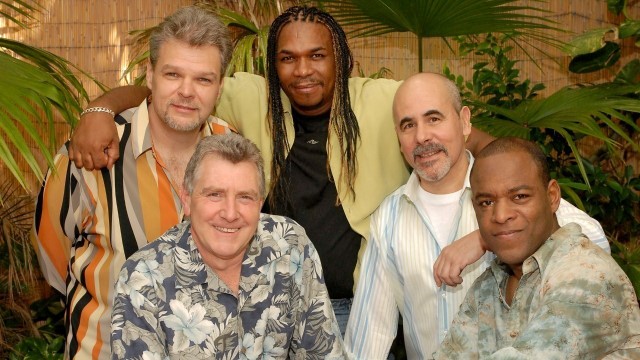 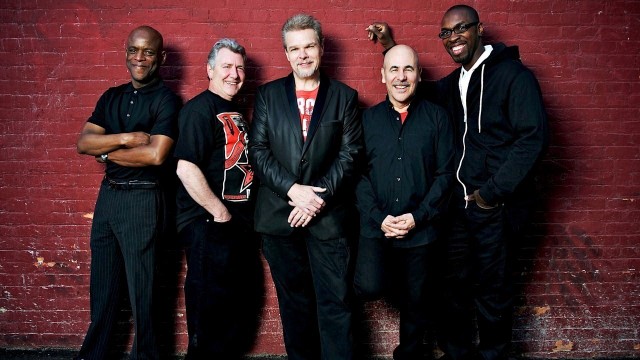 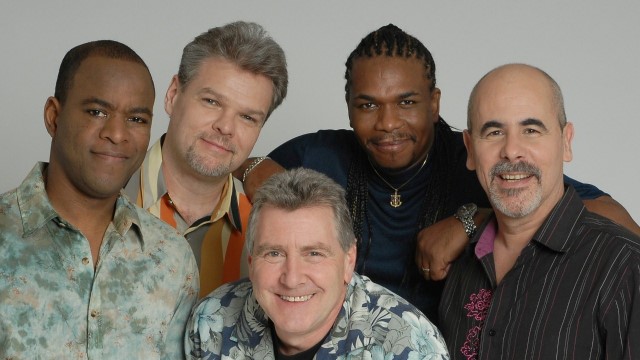