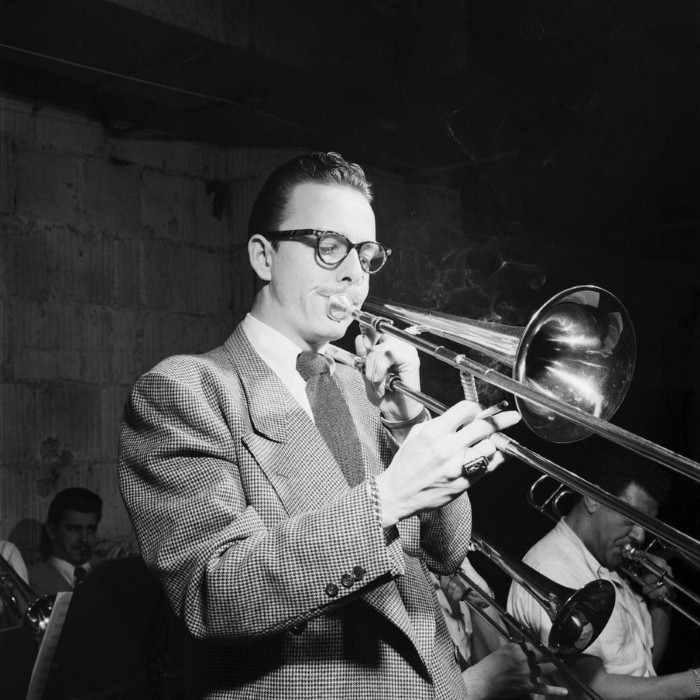 Kai Chresten Winding (May 18, 1922 – May 6, 1983) was a popular Danish-born American trombonist and jazz composer. He is well known for a successful collaboration with fellow trombonist J. J. Johnson.
Winding was born in Aarhus, Denmark. In 1934 his family emigrated to the United States. He graduated in 1940 from Stuyvesant High School in New York City, plus that same year he began his career as a professional trombonist with Shorty Allen's band. Subsequently, he played with Sonny Dunham and Alvino Rey until he entered the United States Coast Guard during World War II.
After the war, Winding joined Benny Goodman's band, and later moved on to Stan Kenton's orchestra. Winding participated in the first of the Birth of the Cool sessions in 1949, appearing on 4 of the 12 tracks (while J. J. Johnson appears on the other eight, having participated on the other two sessions). In 1954, at the urging of producer Ozzie Cadena, he joined forces with Johnson to produce a highly successful series of trombone duet recordings, which were initially on Savoy Records and then on the Columbia Records label. While at Columbia, Winding experimented with different instrumentation in brass ensembles: the 1956 album Jay & Kai + 6 features a trombone octet, as well as Winding and Johnson performing on the trombone-like valved horn called the trombonium. Winding also arranged and/or composed many of the tracks he and Johnson recorded. Unlike most players who absorbed the "bebop" style, Winding notably used more overtly trombonistic slide and mute effects from the earlier eras of jazz, as had another former Goodman trombonist Bill Harris, sounds which Johnson studiously avoided.
During the 1960s, Winding had a long stint at Verve Records and under producer Creed Taylor made some of his most memorable jazz-pop albums. His best-known recording from this period is More, the theme from the movie Mondo Cane. Arranged and conducted by Claus Ogerman, "More" featured what is probably the first appearance of the French electronic music instrument the Ondioline on an American recording. Though Winding himself was credited with playing the Ondioline, guitarist Vinnie Bell, who worked on the session, has said he remembers distinctly that the French electronic-music pioneer Jean-Jacques Perrey was the actual player. He served as Musical Director for the Playboy Club, in mid-sixties New York, when rock was beginning to edge out jazz as the fashionable club music.
While at Verve, Winding further experimented with various ensembles, made solo albums, and even an album of country music with the Anita Kerr Singers. In the late 1960s, Winding followed Creed Taylor to his new recording label at A&M/CTI and made at least two more albums with Johnson.
In the 1970s and early 1980s, Winding recorded for a number of independent record labels. During this time, he continued to give clinics, play jazz concerts and even reunited with Johnson for a live concert in Japan. He was a member of the all-star jazz group Giants of Jazz in 1971-2. He also wrote instructional jazz trombone books that included transcribed solos.
Winding died of a brain tumor in New York City in 1983. He was survived at the time by his wife, the accomplished painter Ezshwan Winding, and his son, the session keyboardist Jai Winding. 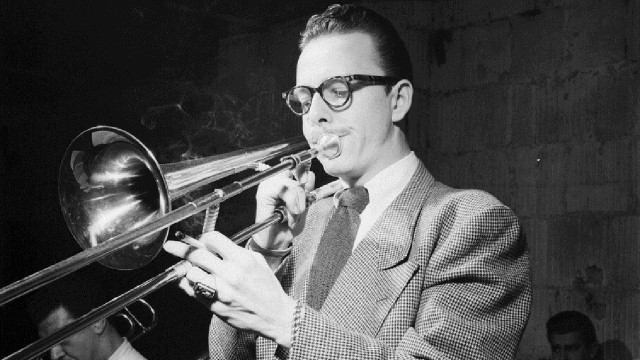