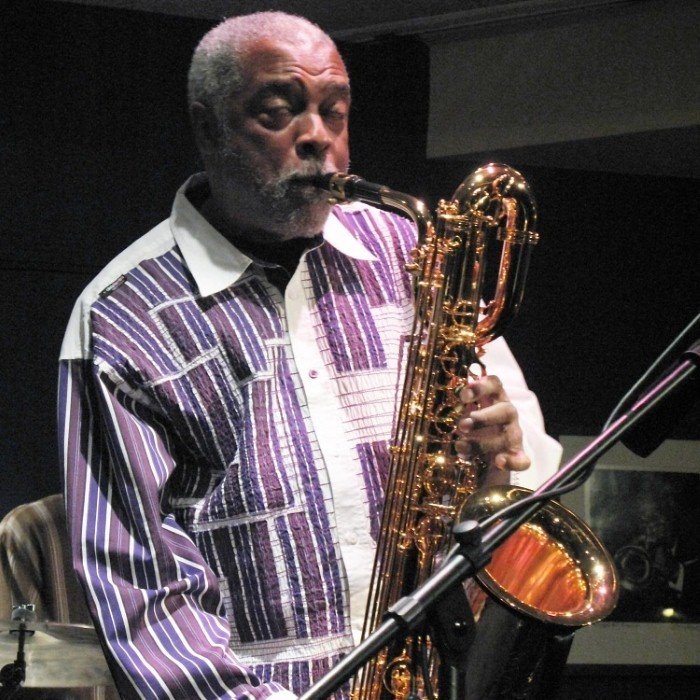 Hamiet Bluiett (born September 16, 1940, Brooklyn (or Lovejoy), Illinois; surname pronounced BLUE-ett) is an American jazz saxophonist, clarinetist, and composer. His primary instrument is the baritone saxophone, and he is considered one of the finest living players of this instrument. A member of the World Saxophone Quartet, he also plays (and records with) the bass saxophone, E-flat alto clarinet, E-flat contra-alto clarinet, and wooden flute.

Bluiett was born just north of East St. Louis in Brooklyn, Illinois (also known as Lovejoy), a predominantly African-American village that had been founded as a free black refuge community in the 1830s, and which later became America's first majority-black town. As a child, he studied piano, trumpet, and clarinet, but was attracted most strongly to the baritone saxophone from the age of ten. He began his musical career by playing the clarinet for barrelhouse dances in Brooklyn, Illinois, before joining the Navy band in 1961. He attended Southern Illinois University Carbondale.
In his mid-twenties, Bluiett heard Harry Carney (the baritone player in the Duke Ellington band) play in a live concert in Boston, which also made a strong impression on the young Bluiett, providing an example of a baritone saxophonist who played as soloist rather than accompanist.
Following his time in the Navy, he returned to the St. Louis area in the mid-1960s. In the late 1960s Bluiett co-founded the Black Artists' Group (BAG) of St. Louis, Missouri, a collective dedicated to fostering creative work in theater, visual arts, dance, poetry, film, and music. He led the BAG big band during 1968 and 1969.
Bluiett moved to New York City in the fall of 1969, where he joined the Charles Mingus Quintet and the Sam Rivers large ensemble. In 1976 he co-founded the World Saxophone Quartet along with two other Black Artists' Group members, Julius Hemphill and Oliver Lake, as well as multi-reedist David Murray. He has remained a champion of the somewhat unwieldy baritone saxophone, organizing large groups of baritone saxophones. Since the 1990s Bluiett has led a virtuosic quartet, the Bluiett Baritone Nation, made up entirely of baritone saxophones, with drum set accompaniment.
In the 1980s, he also founded The Clarinet Family, a group of eight clarinetists playing clarinets of various sizes ranging from E-flat soprano to contrabass. Bluiett has also worked with Sam Rivers, Babatunde Olatunji, Abdullah Ibrahim, Stevie Wonder, and Marvin Gaye.
He returned to his hometown of Brooklyn, Illinois, in 2002 but moved back to New York City in 2012. He currently performs at gigs, including the New Haven Jazz Festival on August 22, 2009. He performed with students from Neighborhood Music School in New Haven, CT. The group were known as Hamiet Bluiett and the Improvisational Youth Orchestra. 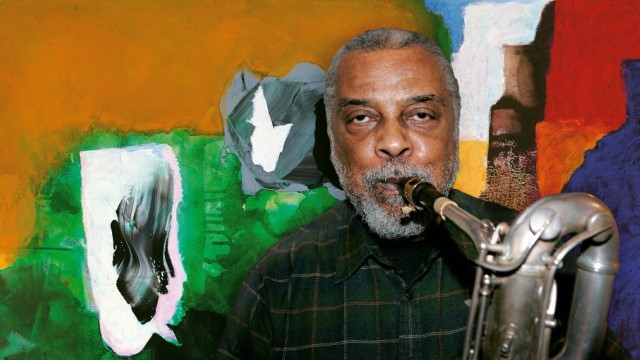