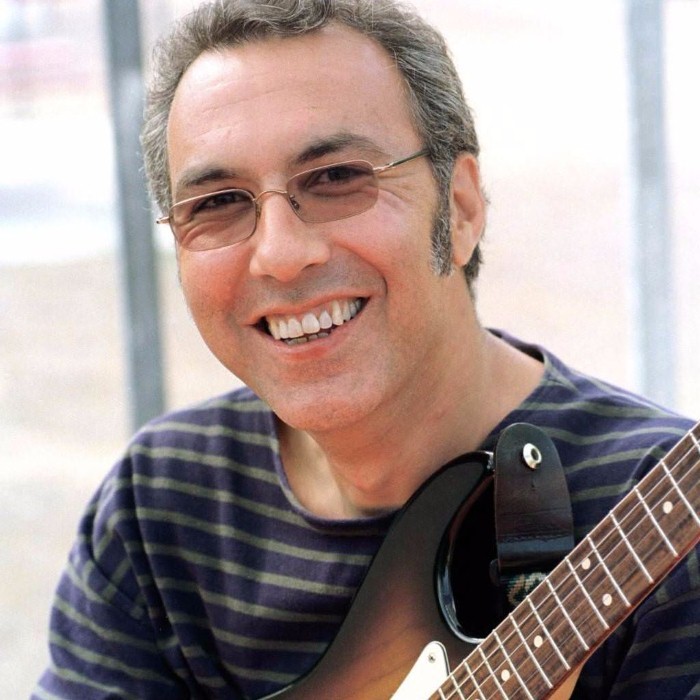 In a dozen recordings as leader over the past 20 years, Iranian born American guitarist and composer Ahmad Mansour has distinguished himself as a leading light of modern jazz guitar on the New York and European music scenes. His past outings like 1993’s Penumbra, 2002’s Nightlight and last year’s Short Cuts garnered rave reviews from critics worldwide who praised his harmonic sophistication and dazzling single note facility. But while his earlier records were often steeped in ECM-ish mystique and sublime lyricism, Mansour’s latest — the live Public Domain and the following Free Speech — are bristling with an adventurous spirit of risk-taking and discovery that he had only hinted at in the past. If jazz is the sound of surprise, then this is jazz with a capital ‘J’.- Bill Milkowski - Recorded live to 2-track during a 2006 European tour, this trio generates quite a bit of spark within the jazz-fusion spectrum. Guitarist Ahmad Mansour’s second release for this German record label is designed with an open-air sound and mode of attack. With ace New York City modern jazz denizens, bassist Stomu Takeishi and drummer Ted Poor providing some of the oomph and gusto, the trio generates a sequence of climactically-oriented, theme-building forays. Mansour gnaws, nibbles and blurts out razor-sharp e-guitar lines amid some jazz-tinged funk phrasings.