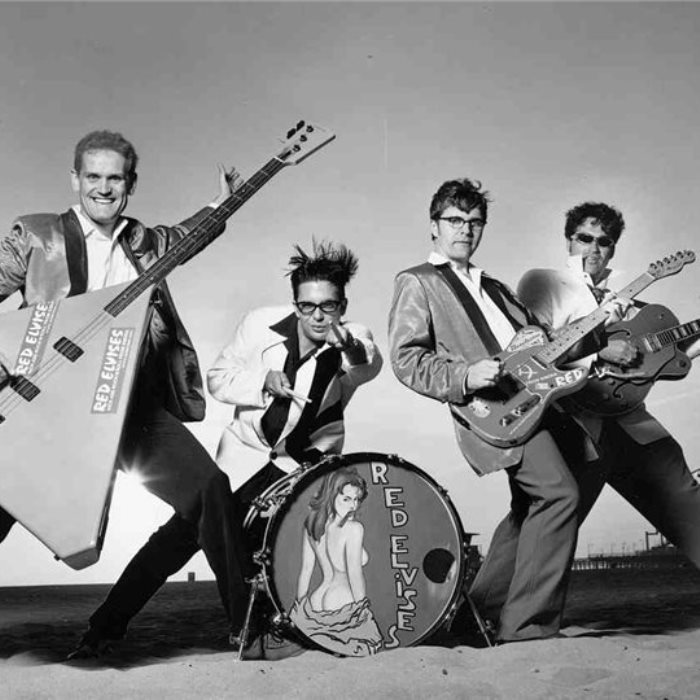 Red Elvises - My Love Is Killing Me
4 x

The Red Elvises (also known as "Igor and Red Elvises", after founding member and bandleader Igor Yuzov) are a Russian-American band that performs funk-rock, surf, rockabilly, reggae, folk-rock and traditional Russian styles of music. They were founded in California in the mid-1990s and are based in Venice Beach.

The Red Elvises were founded in 1995 by Igor Yuzov and Oleg Bernov, two Russians living in Los Angeles, California. Igor and Oleg met during a Russian-American peace walk and subsequently played together in a Russian folk-rock band called Limpopo. The band’s third original member, guitarist Zhenya Kolykhanov (he later legally changed his last name to “Rock”), had also emigrated to America and had been spending time playing in Texas. For the first few months Andrey Baranov was the band’s drummer, but within that year, the first American in the band, drummer Avi Sills from Austin, Texas, was added to the lineup. The four of them got their start playing on Santa Monica’s 3rd Street Promenade. When they weren’t playing on the road they were busy recording and self-producing their own CDs. Grooving To The Moscow Beat was the band's first release in 1996, followed by Surfing In Siberia in 1997. In 1998, the band released their breakthrough CD, I Wanna See You Bellydance. Their music filled the soundtrack of Lance Mungia’s independent film released in 1998, Six-String Samurai, a film in which they also had small roles and screen credits. February 2000 heralded a brief change in musical direction for the band with the release of their seventh CD, Shake Your Pelvis, a more electronic techno/disco style CD that greatly differed from their earlier releases. December 2000 also saw an end to Avi Sills’ association with the band with his decision to move on to other musical opportunities.

The band persevered as an all-Russian three-piece during 2001 with Bernov giving up the big red balalaika bass and taking over much of the drumming. In March two new studio CDs were released, Welcome to the Freakshow, written entirely by Yuzov, and Bedroom Boogie, written entirely by Rock. In 2002, Rokenrol was recorded entirely in Russian with the exception of two songs, Juliet by Yuzov and Sunshine by Rock, both sung in English. Rock began a side project, Zeerok, and by the end of the year decided to commit to his new band full-time, announcing his departure from Red Elvises. In early 2009, the Red Elvises announced that longtime member and bassist Bernov had decided to leave the band, announcing that, literally, he had joined the circus—a Russian traveling group called Slava's Snowshow. Later that month, Yuzov rolled out a new line-up called, "Igor and Red Elvises". Their first performance under this new moniker was at Rusty's in Santa Monica, featuring mostly new band members. By March 2010, Bernov had again joined the Red Elvises' touring lineup, this time on keyboard and accordion.

The band continues to tour relentlessly throughout 2013, with Oleg Bernov now back in the line-up on his big, red, bass balalaika. 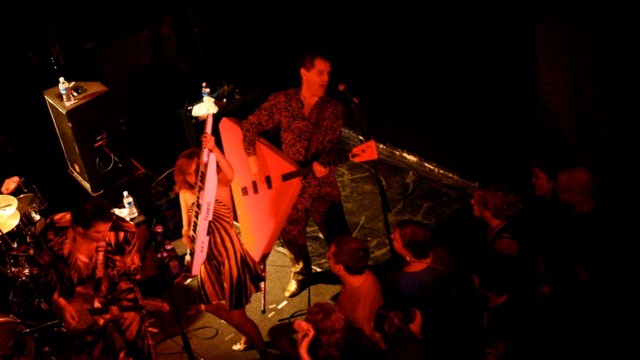 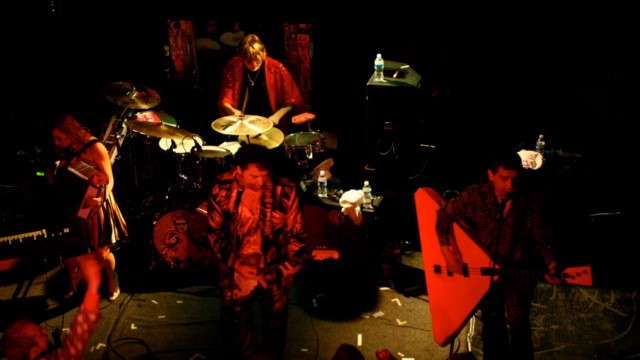 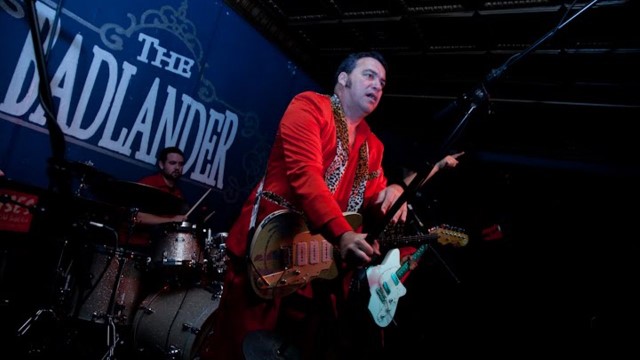