Carmine Appice (born December 15, 1946) is an American drummer/percussionist, most commonly associated with the rock genre of music. He received a classical music training, and was influenced early-on by the work of jazz drummers Buddy Rich and Gene Krupa. Appice is best known for his associations with Vanilla Fudge, Cactus, and the power trio Beck, Bogert & Appice.

Of Italian descent, Appice is the older brother of drummer Vinny Appice by 11 years.

He was a member of KGB which featured Ray Kennedy, Ric Grech, Mike Bloomfield, and Barry Goldberg. Appice has recorded with artists such as Stanley Clarke, Ted Nugent, and Pink Floyd. He has also played with King Kobra and Blue Murder with John Sykes. On May 23, 1981, Mayor Tom Bradley of Los Angeles proclaimed that day as Carmine Appice Day in L.A in recognition of Appice's charitable and educational work. Later in 1983 he toured with Ozzy Osbourne to promote Bark at the Moon (1983).

Appice recorded Caso Cerrado (1995) with the Argentine guitarist Pappo. They were also joined by bassist Tim Bogert on four songs including "P. B. A. Boogie". In 2000, Appice formed the power trio DBA with Tim Bogert and Rick Derringer and was reunited once again with Bogert when they reformed Vanilla Fudge.

In 2005, he became an official supporter of Little Kids Rock, a nonprofit organization which provides free musical instruments and instruction to children in less privileged public schools throughout the USA. He has personally delivered instruments to children in the program, and has also performed at benefit concerts for the organization and sits on its Honorary Board of Directors.

In 2006, he formed the drum ensemble SLAMM in which Appice participates on drums playing alongside four young drummers. The show they put on has been described as "Stomp on steroids". The band filmed a promotional video for the Cable Network station ESPN, using a NASCAR garage as a set and mechanic's hardware as instruments. They were voted as the runner-up in the Drum magazine poll for Percussion Ensemble (2008) after a special appearance at the magazine's drum festival. SLAMM also appears on the Modern Drummer festival DVD (2008).

He recorded Carmine Appice's Guitar Zeus: Conquering Heroes (2009). This was the third album in his Guitar Zeus series. These albums have featured guitarists such as Jennifer Batten, Brian May, Ted Nugent, Richie Sambora, and Yngwie Malmsteen.

He recently lent his talents to the Sly Stone CD I'm Back! Family & Friends, where he plays on the Sly classic "Stand!". It was released Aug. 16 2011.

He is currently on an American tour with the Michael Schenker Group.

2011-2012 saw Carmine performing Drum Wars shows with his brother Vinny Appice and Guitarist Michael Hund, as well a reformation of King Kobra with Johnny Rod, Mick Sweda, and David Henzerling, with Paul Shortino replacing Mark Free on lead vocals. This lineup released an eponymous album in April 2011 on the Frontiers label which received critical acclaim. A new King Kobra album will be released in 2013, featuring the song Have a Good Time, for which a music video was filmed in Fall of 2012 at Count's Vamp'd in Las Vegas. 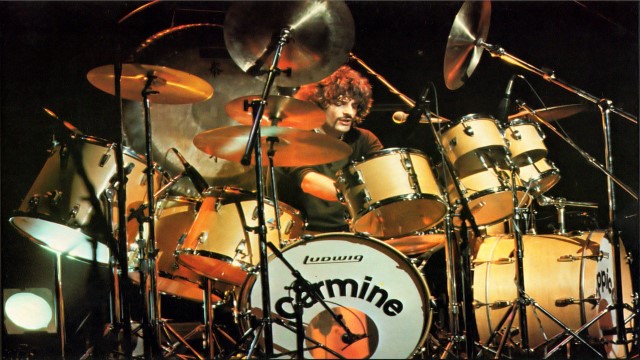 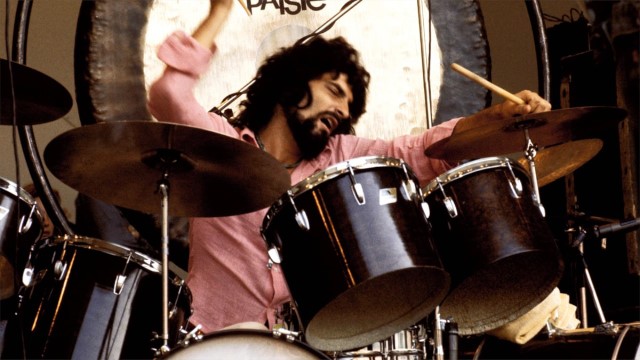 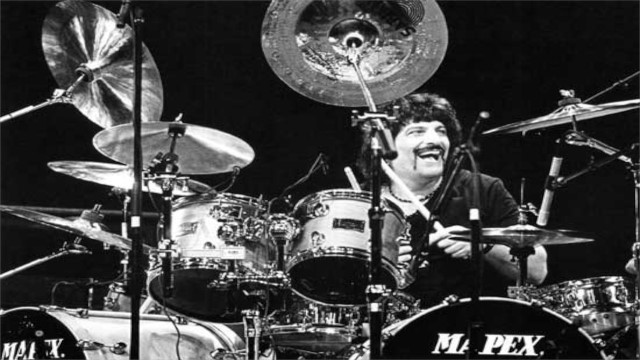