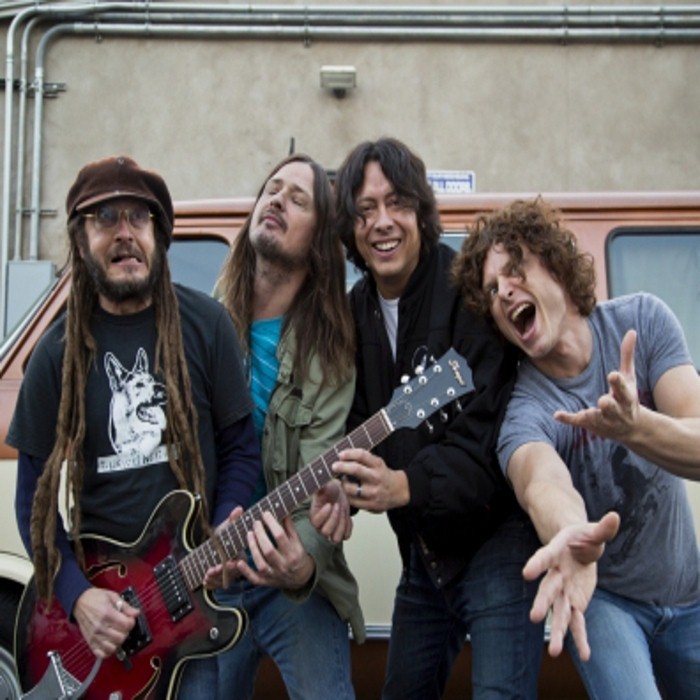 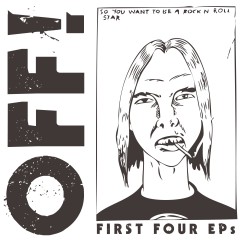 Off! was formed in Los Angeles, California in late 2009 by Circle Jerks/Black Flag singer Keith Morris, Burning Brides frontman Dimitri Coats, Redd Kross bassist Steven Shane McDonald, and Rocket From The Crypt/Hot Snakes drummer Mario Rubalcaba. The idea to form the band came after Coats had worked as producer on a Circle Jerks album which fell apart. During that time, Coats and Morris had written several songs together which they used to start Off!. The group made its live debut at the 2010 South By Southwest Music Festival in Austin, Texas. Off!'s first Los Angeles show featured an original art installation by Raymond Pettibon at a downtown warehouse space.

The first release by Off! is a 7" vinyl EP called 1st EP, which debuted on October 13, 2010. That EP, along with three more EPs, were later released as a four 7" vinyl box set entitled First Four EPs on December 14, 2010. The collection contains sixteen songs and features artwork by Raymond Pettibon.

In 2012, Off! released a full-length self-titled album. In April 2014, the band will be releasing their next album, Wasted Years. Each of their albums have featured cover art by Pettibon and are 16 tracks long.

Anthony Kiedis of the Red Hot Chili Peppers has been one of Morris' friends for over thirty years (Morris at one point in the 80s filled in for Kiedis, who was off scoring drugs and missed his band's show), and is a huge fan and supporter of Off!. At every date on the Chili Peppers I'm with You World Tour, Kiedis has worn an Off! hat to promote the band. He has also sported the hat in some of the band's music videos. Off!, despite some backlash from punk fans, opened a few shows for the Chili Peppers during the tour. Morris said “I’ve known Anthony since the beginning of the Red Hot Chili Peppers. Anthony and Flea are my friends and if I want to go out and play shows with some of my friends, I’m going to. I’ve been playing music for over 33 years, and I have some friends that are in extremely large bands. We could go out night after night and play to people who know who we are, and that’s all fan-fucking-tastic, but part of our job is to take it up a couple of notches. Those people may hate us, but maybe they’ll love us. There’s only one way to find out and that’s to do it.” 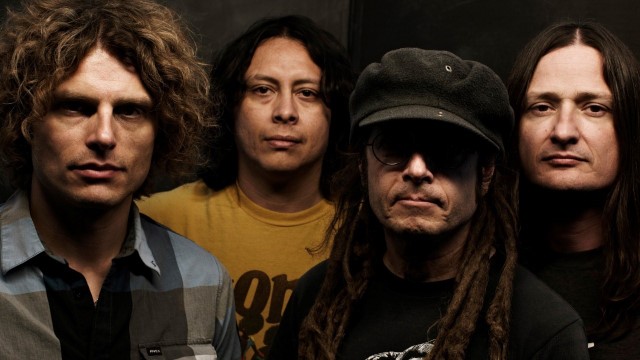