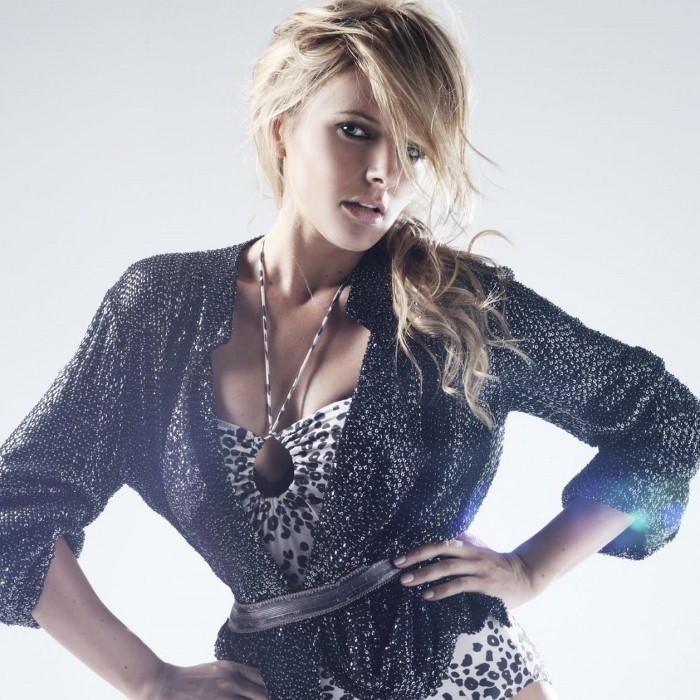 Zoë Badwi is an Australian dance singer-songwriter, model, and actress. Before her career in music began, Badwi spent time modelling and featured in a series of television commercials including advertisements for Telstra and Mars Bars. She made her acting debut appearing in the Australian drama series Raw FM, which she took part in for eight months. Badwi is cousins to Jade Thirlwall from Little Mix. In 2001 Badwi became a member of the Australian girl group Sirens, replacing the original third member who left to pursue a career in modelling. They had minor success with the singles "Like Fire, Like Rain" and the cover version of The Pointer Sisters' "I'm So Excited" featuring Sara-Marie Fedele from the first series of Big Brother Australia. Badwi later left the group to pursue a solo career. Badwi is cousins with Jade Thirlwall from the girl group Little Mix.
After being discovered by Grant Smillie, a member of the Australian duo TV Rock at a venue in Melbourne, Badwi went on to sign with Neon Records and released her debut solo single "Release Me" in November 2008. The single reached number one on the ARIA Clubs Chart and received two award nominations for "Best Dance Release" at the 2009 ARIA Music Awards and also "Dance Work of the Year" at the 2010 APRA Awards. In July 2010, Badwi released her fourth single, "Freefallin". It reached a peak of number nine on the ARIA Singles Chart and was eventually certified platinum. In September 2010, it was announced that she had signed to US record label, Atlantic Records.
"Accidents Happen" was released on 24 January 2011, as Badwi's fifth overall single. While filming the music video for the song, a resident in the street where the clip was filmed fired a catapult at Badwi, who was unharmed. It is not known whether her singing was a motive for the attack. The video shoot went on afterward with no incident and no one was apprehended over the matter.
Badwi's sixth single, "Carry Me Home", featuring Grant Smilie, was on 3 June 2011. The song failed to impact the ARIA Singles Chart, but managed to peak at number six on the ARIA Club Chart. Badwi's self-titled debut album was released in Australia on 5 August 2011. Badwi worked on the album with Static Revenger, TV Rock, Stuart Crichton, Rogue Traders, and Amy Pearson. The following single, "Shoot Me Down" was released on 21 September 2012. The single has only managed to chart on Australia's official Radio Airplay chart at #58
In 2011, saw the ABC Television's new music show Stay Tuned with Joel Phillips talks to across dance pop singing sensation Zoe Badwi will air on ABC3.