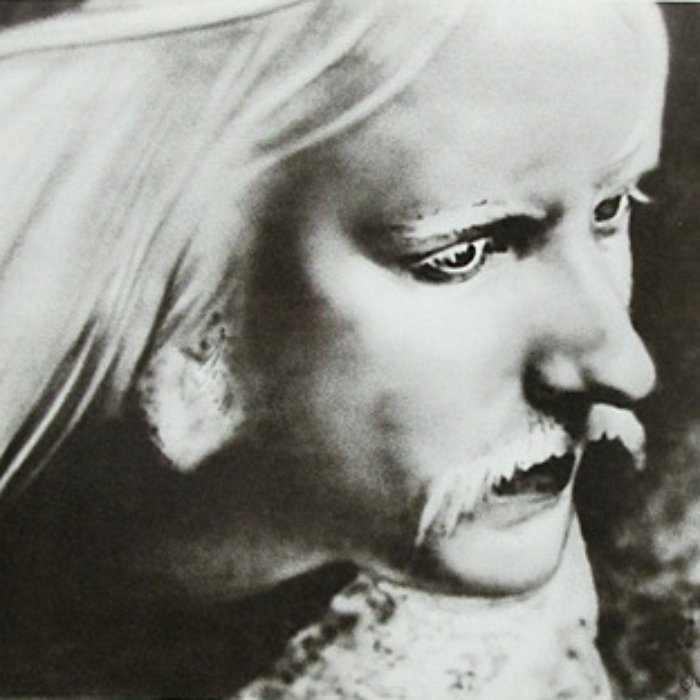 Edgar Holland Winter (born December 28, 1946) is an American rock and blues musician. He is known for being a multi-instrumentalist -- keyboardist, guitarist, saxophonist and percussionist -- as well as a singer. His success peaked in the 1970s with his band, The Edgar Winter Group, and their popular songs "Frankenstein" and "Free Ride".

Biography:
Winter was born to John Winter II and Edwina Winter on December 28, 1946, in Beaumont, Texas. Both he and his late musician brother Johnny were born with albinism, and both were required to take special education classes in high school. Winter states, "In school I had a lot of friends. I wore a lot of white shirts to, like, blend in I guess. No one really gave me a hard time about being albino or taking special education classes. Then again, I wasn't really popular."
By the time Edgar Winter left his hometown of Beaumont, Texas in the 1960s, he was already a proficient musician. A child prodigy who achieved international success as a youth, Winter has found an audience in a number of major commercial entertainment media, including music, film and television.

Winter's music encompasses many different genres, including rock, jazz, blues, and pop. From his critically acclaimed 1970 debut release, Entrance, he has demonstrated his unique style and ability to cross the genre lines and do the unexpected. His early recording of "Tobacco Road" propelled him into the national spotlight. Edgar followed Entrance with two hit albums backed by his group White Trash, a group originally composed of musicians from Texas and Louisiana. White Trash enjoyed huge success, both with the 1971 release of the studio album, Edgar Winter's White Trash (album), and with 1972's follow-up live gold album,Roadwork.
In late 1972, Winter brought together Dan Hartman, Ronnie Montrose and Chuck Ruff to form The Edgar Winter Group, the legendary band that created such hits as the number one "Frankenstein" and the ever popular "Free Ride". Released in November, 1972, They Only Come Out at Night peaked at the number 3 position on the Billboard Hot 200 and stayed on the charts for an impressive 80 weeks. It was certified gold in April 1973 and double platinum in November 1986.
Winter invented the keyboard body strap early in his career, an innovation that allows him the freedom to move around on stage during his multi-instrument high-energy performances.
After They Only Come Out At Night, Winter released Shock Treatment, featuring guitarist Rick Derringer in place of Ronnie Montrose. Later albums included Jasmine Nightdreams, The Edgar Winter Group with Rick Derringer, a live album, Together Live With Johnny Winter, Recycled, a reunion with White Trash, Standing On Rock, Mission Earth, Live In Japan, Not A Kid Anymore, The Real Deal, and Winter Blues.
Major national television and radio campaigns have used Winter's music to advertise their products. Winter has also made frequent television appearances, both to promote his music, and to give his opinions on everything from Politically Incorrect to a commercial with George Hamilton for Miller Lite beer. He has appeared in the film Netherworld, and the TV shows The Cape, Mysterious Ways, David Letterman, and Jimmy Kimmel Live!.
Winter's music has been used in many film and television projects, including Netherworld, Air America, Dazed and Confused, My Cousin Vinny, Encino Man, Son In Law, What's Love Got to do With It, Wayne's World 2, Starkid, Wag the Dog, Knockabout Guys, Duets, Radio, The Simpsons, Queer as Folk, and Tupac Resurrection. Winter's song "Dying to Live" is featured as "Runnin" (Dying To Live) in the film Tupac Resurrection, the biography on the life of rapper Tupac Shakur. Produced by Eminem, the song includes vocals by the Notorious B.I.G., Tupac, and Edgar Winter himself. "Runnin" was on numerous Billboard charts. It peaked at number 5 on the Hot R&B/Hip Hop Singles Sales chart, and the soundtrack CD was number 1 for 8 consecutive weeks.
Winter's CD and DVD, titled, "Live At The Galaxy" was recorded live at the Galaxy Theatre for Classic Pictures in 2003. It features the songs, "Keep Playing That Rock and Roll", "Turn On Your Love Light", "Free Ride", "Texas", "Show Your Love", "New Orleans", "Frankenstein" and "Tobacco Road". In addition, the DVD includes a 30 Minute Documentary, "Edgar Winter: The Man and His Music".
Winter also played with Ringo Starr in his ninth All-Starr Band in 2006, in his tenth All-Starr Band in 2008 and in his eleventh All-Starr Band in 2010-11. On the 2010-11 tour, Winter would play with Rick Derringer again.

Scientologist:
Winter is a member of the Church of Scientology. He has appeared in at least seven issues of the Church of Scientology Celebrity Centre magazine Celebrity between 1995 and 2005, which lists the Scientology courses that he has completed.
Winter also produced, arranged, and performed on the album Mission Earth (1986). This album's words and music were written by Scientology founder L. Ron Hubbard. Hubbard is said to have left detailed instructions and audio tapes for the musicians and producers to follow when making the album. Winter described Mission Earth as "both a return to rock's primal roots and yet highly experimental." Winter wrote, "Ron's technical insight of the recording process was outstanding." Winter also described Hubbard's delineation of counter-rhythm in rock as something "which was nothing short of phenomenal, particularly in as much as it had then been entirely unexplored and only later heard in the African-based rhythms of Paul Simon's work, some five years after Ron's analysis."