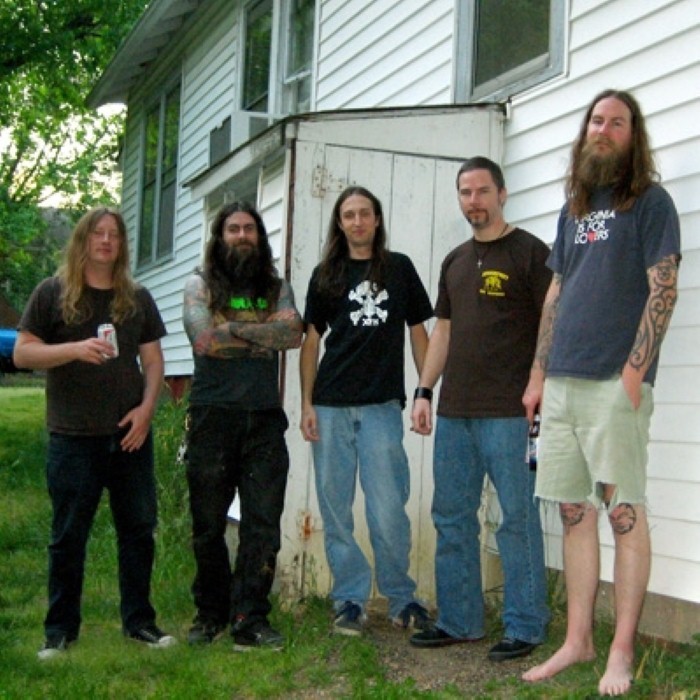 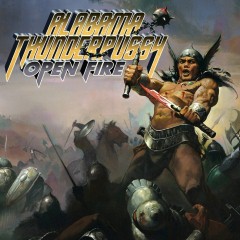 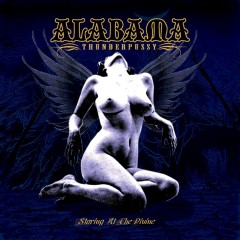 1996, Richmond, Virginia. On a dirt floor basement, Bryan Cox, Erik Larson (ex-Avail drummer) and Asechiah Bogdan founded ALABAMA THUNDERPUSSY (ATP). Fueled by a desire to play dirty, kick ass rock and roll, they began playing the local circuit without a singer. Shortly thereafter, bassist Bill Storms joined the band and after several failed attempts to find the right vocalist, the band recruited Johhny Throckmorton. Only Cox and Larson remain in the band today. With a full band intact, ATP entered the studio and recorded a six-song demo. One of these tapes landed in the hands of Frank Kozik of Man's Ruin Records and an offer was made to release the demo tape as a CD EP. ATP was already in the habit of constantly writing songs, and in the fall of 1997 the band's first full length 'Rise Again' was recorded and released in the summer of 1998. Between the recording and release of 'Rise Again,' Bill Storms was asked to leave the band and was replaced by Sam Krivanec. Re-invigorated by the new line-up, ATP returned to the studio and recorded the 'River City Revival' LP (just prior to the release of 'Rise Again' and it's subsequent southern U.S. tour), which was released in the winter of 1999. Within a month of 'River City's...' release, ATP was on tour supporting the album, which featured a stop at the prestigious SXSW Festival where the band met with rave reviews. ATP then headed back into the studio once again in August of 1999 to record again and embarked on their first tour of Europe alongside High on Fire - 28 shows, 29 days and over 50 bottles of whiskey! Summer 2000 saw the band on the road for full U.S. and UK tours. ATP then delivered split EPs with Halfway to Gone and Orange Goblin and completed another full U.S tour with support provided by Suplecs and Dixie Witch. A line-up change brought in guitarist Ryan Lake and bassist John Peter giving the band a richer guitar sound and more vocal harmonies. In May 2002, ATP delivered ten ass-kickin' shots of "moonshine metal" on their Relapse debut 'Staring at the Divine.' With the one-two punch of low-end rumble and twin-guitar harmonies inspired by Thin Lizzy and Judas Priest plus the do-it-yourself work ethic of their punk rock roots, 'Staring at the Divine' served up the soundtrack of whiskey-soaked rumble while showcasing ATP's blend of volume, distortion and blazing hard rock. Continual touring commenced immediately upon the release of 'Staring...' including high-profile appearances as part of the legendary Wacken Festival (August, 2002), the 2002 Relapse CMJ Showcase in NYC and the 2003 Relapse SXSW Showcase in Austin, TX. Not long after this Johnny Throckmorton left the band, but a replacement was quickly found in Columbus, OH native Johnny Weils. Weils' previous outfit Barbed Wire Dolls had released two singles on Sympathy For the Record Industry (Rocket from the Crypt, Turbonegro, Hot Snakes etc). Weils was subsequently replaced with Kyle Thomas from Exhorder and Floodgate taking over as the band's singer. In early 2008, Kyle Thomas left the band to focus on his family. After a few months of a hiatus, the remaining band members decided to call it quits in September, 2008 after 12 years of kicking ass. ALABAMA THUNDERPUSSY: Kyle Thomas: Vocals Erik Larson: Guitar Ryan Lake: Guitar John Peters: Bass Bryan Cox: Drums 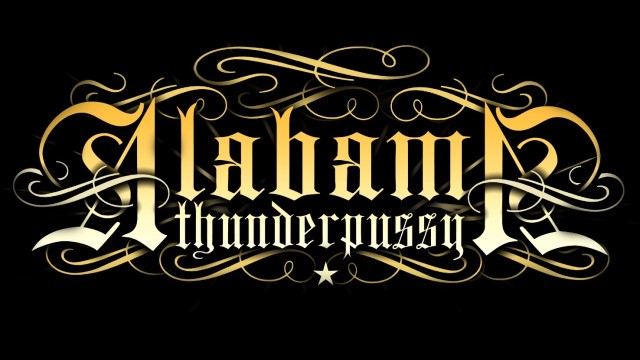