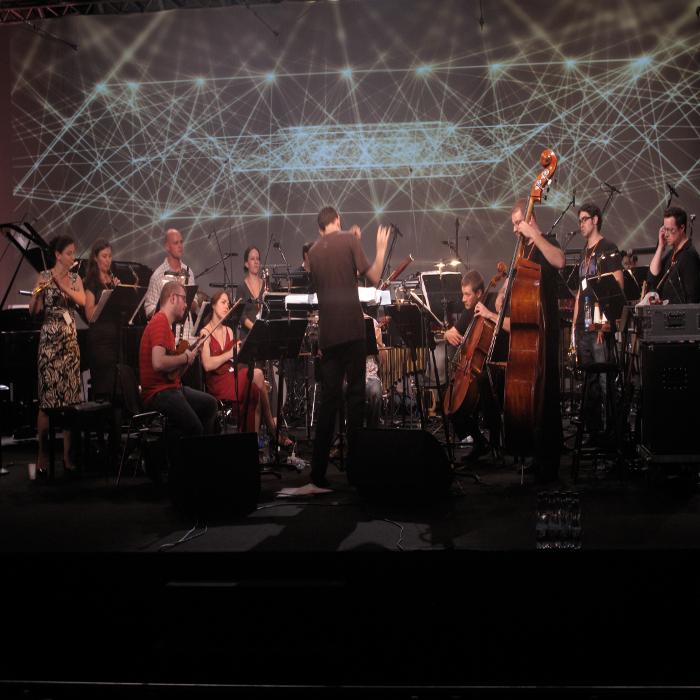 Alarm Will Sound is a 20-member chamber orchestra that focuses on recordings and performances of contemporary music. Its performances have been described as "equal parts exuberance, nonchalance, and virtuosity" by the Financial Times and as "a triumph of ensemble playing" by the San Francisco Chronicle. The New York Times said that Alarm Will Sound is "one of the most vital and original ensembles on the American music scene."

From 2004 to 2007, they were musical artists-in-residence at Dickinson College. ASCAP recognized Alarm Will Sound with its Concert Music Award in 2006 for "the virtuosity, passion and commitment with which they perform and champion the repertory for the 21st century."

In 2010, the group collaborated with Dirty Projectors to develop and perform The Getty Address in its new identity as a live performance piece at Lincoln Center, Disney Hall and the Barbican Centre. Music that Dirty Projectors front-man Dave Longstreth created on a computer by meticulous and complicated sampling, looping and layering was translated and arranged by Matt Marks, Alan Pierson, and Chris Thompson for 23 musicians of both bands.

In 2011 at Carnegie Hall, the group presented 1969, a multimedia event that uses music, images, text, and staging to tell the compelling story of great musicians—John Lennon, Karlheinz Stockhausen, Luciano Berio, and Leonard Bernstein—striving for a new music and a new world amidst the turmoil of the late 1960s. 1969’s unconventional approach combining music, history, and ideas has been critically praised by the New York Times (“...a swirling, heady meditation on the intersection of experimental and commercial spheres, and of social and aesthetic agendas.... a consistent wonder.”), and the LA Times (“They exploded musical genres, made history come alive and demonstrated that art—original, vivid, reckless—can lift the grim clouds of current events, if only for two hours.”)

Alarm Will Sound began their St. Louis Season in 2013 to complement their existing touring schedule and bring to the midwest the work they do around the country and abroad. The goal being to grow a local audience for contemporary performing arts. In St. Louis, AWS has presented concerts at The Sheldon Concert Hall, the Touhill Performing Arts Center and The Pageant.

In the 2013-2014 season, Alarm Will Sound partnered with The Metropolitan Museum of Art and became artists-in-residence at the institution. Their season at the museum includes a performance entitled "The Permanent Collection," a concert of integral works for the sinfonietta; "All Steve Reich," featuring the NY premiere of Radio Rewrite; "Twinned," a collaboration with John Heginbotham, a Brooklyn-based choreographer who worked with Mark Morris; and "I Was Here I Was I," an opera with music by Kate Soper, and libretto by Nigel Maister, performed in and around the Temple of Dendur.

Members of the ensemble began playing together while studying at the Eastman School of Music in Rochester, New York, and have diverse experience in composition, improvisation, jazz, popular styles, early music, and so-called world music. 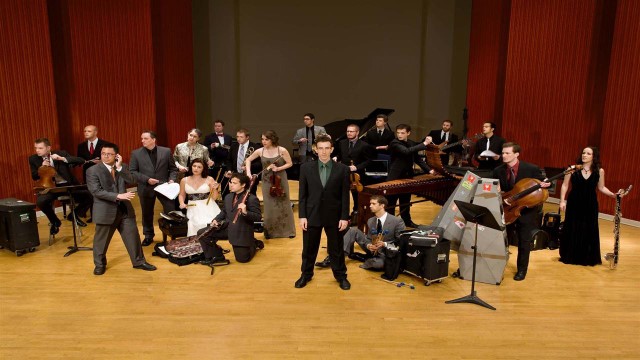