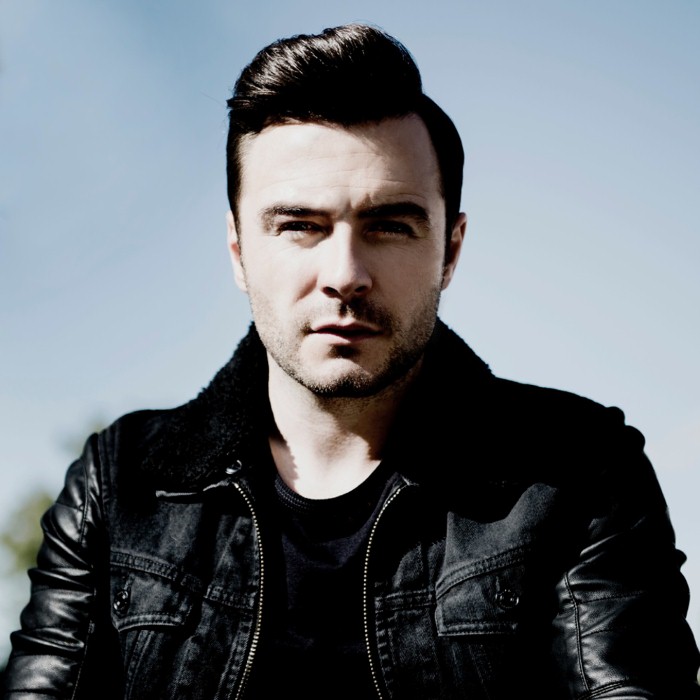 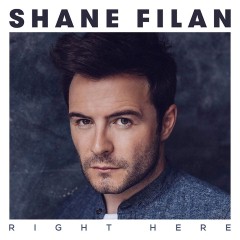 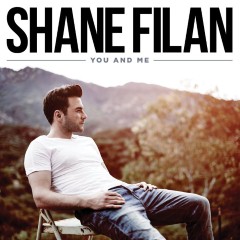 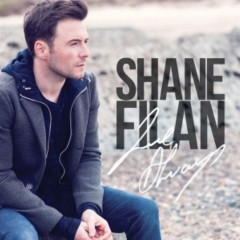 Shane Steven Filan (born 5 July 1979) is an Irish singer and songwriter. He was one of the lead singers and primary songwriters of Irish boy band Westlife until the group disbanded in 2012. After Westlife disbanded, Filan released his debut solo album, You and Me, in 2013.

Early life:
Filan was born on 5 July 1979 to Peter and Mae Filan and grew up in Sligo, a busy commercial town in the northwest of Ireland. The youngest of seven children, he has three brothers and three sisters: Finbarr, Peter Jr, Yvonne, Liam, Denise and Mairead. His parents owned a diner in Sligo named Carlton Café located on Castle Street and Shane used to work there as a waiter from a very early age.
Filan attended Summerhill College, a Catholic school, with Kian Egan and Mark Feehily. All three of them participated in a school production of Grease when they were about 12. The Hawkswell Theatre became a significant part of their careers. Filan was a fan of Michael Jackson as a child, and claimed the singer inspired him to pursue a career in music.

IOYOU and Westlife:
Before Westlife, Egan and Feehily were with Filan in a band known as I.O.U. with other Sligonians Derrick Lacey, Graham Keighron and Michael "Miggles" Garrett. He partly wrote the IOYOU's song Together Girl Forever. For 6 months, Shane's mother, Mae Filan, tried to phone Louis Walsh (who is also the manager of Boyzone). Eventually, she was able to speak to him and talked about her son's band. 3 of them were dropped and the other 3, Shane, Kian and Mark, joined ventures to finding 2 more slots for the band. Then they were joined by Nicky Byrne and Brian McFadden to form Westside. The name of the band then changed to Westlife as there were already a number of bands with the name Westside.
Filan, along with Mark Feehily, was the lead singer in Westlife. Their first album was released in November 1999, titled Westlife. With Westlife, Filan has received twenty-eight platinum discs and sold 40 million records worldwide.

Solo career:
In 20 October 2011, Westlife announced and decided to split and go separate ways until the end of their 2012 Farewell Tour. Filan showed interest of being a solo music artist as his daily living. In December 2011, press said Filan is close to sealing a solo deal as several UK record labels are battling it out to sign the singer. Shane and his manager Louis Walsh, have been in talks with several record companies in London that month. "There's four, possibly five labels so far who have made it clear that they want to sign Shane," said a music source, to showbiz writer Paul Martin. "He's an incredible singer and he already has a very good idea of the kind of album he wants to make. He and Louis have been in meeting after meeting this week and are looking at their options. It's looking very good for Shane - he has his choice of record deals." Louis Walsh added:

"Shane Filan has one of the greatest voices out there," "He's a complete natural - he's never, ever out of tune. He wants to do an album of modern, contemporary songs along the lines of Michael Buble - something that would have wide appeal. He can tackle any music really simply because he has the voice." "I'm going to manage Shane Filan. He's going for the Michael Buble market," Louis said on Irish TV over the weekend. "They're all good but I can only manage one. I love Shane's voice. I love Mark's voice too. The other boys are going to do TV and different stuff and radio. They are going out on a high," "He is going to be a big artist. I will only manage someone if I believe in them. If I get someone amazing I will manage them."

Back in 2008, Filan showed no interest on planning a solo career. On 4 March 2012, it was updated that three major labels battling to sign him including Simon Cowell's record label, Syco Records. Paul Martin of The Irish Daily Mirror revealed the singer "has a number of multi-million euro offers and is currently deciding which to go with. Songs are already being picked out for Shane's debut album which could see him become one of the biggest singers to come out of Ireland since Ronan Keating. An insider said: "Everything seems to be going perfect for Shane right now. Having three labels fighting over you is about as good as it gets. It's going to be a tough decision picking who he goes for as the offers are all extremely good. But for Shane a lot of it is coming down to what they can offer him. He wants to be sure there is good promotion waiting for when he begins as a solo artist. Behind the scenes his team are already eyeing up the songs that will go on his first record. They want to make sure the album is absolutely perfect. It seems to have been decided that Michael Buble is the person Shane should aim towards becoming. If a tenth of the people who bought a Buble album buy Shane's first album he'll be an immediate success. This is going to be a hugely hectic year for Shane. The hope is to get his album out towards the end of the year when there's still a buzz after Westlife."
In a March 2012 interview with Paul Martin, Filan said he will be signing on the dotted line in the next few weeks and he admitted that the nerves are jangling at the thought of going it alone and did not want to rush on things.

"It's exciting but, of course, I'll be nervous. It's only natural when you're coming out of a band after 14 years, you don't know where your life's going to take you," "But all I want to do is sing, sing great songs and see where it goes. It's down to the songs." I'm just working out now exactly what's happening, there's different things happening and we'll work it out in the next month or two. Obviously I want to make the right decision," he said.

In December that year, it was announced that Filan has landed with a recording contract with Universal Music Entertainment. He spent time in Nashville with some well known pop singers to boost his solo career. On 9 April 2013, an official website for Filan was launched, with a countdown to reveal news about his solo career. On 12 April, the official website of opened with an apology for keeping the fans waiting for a long time, and an announcement from him that he has signed a record deal with London Records, which is a part of Universal music Entertainment Group. He also stated that he had spent the past 12 months in both US and UK writing songs and recording. He also announced that a forthcoming single and an album later this year. He also said that "One of the things that pleases me the most about this record is that I've been given the opportunity to write my own songs. I'm so excited for people to hear them."
On 10 May, he announced that his first single will be released, along with three other tracks as an EP, via his Twitter account. On 17 May, he released a teaser from the studio through his official YouTube channel, and issued some lyrics featured in the teaser through Facebook and Twitter and also uploaded the photo of the lyrics in Instagram.
On 31 May, he announced that the website will be launched soon, and that he had finished the album and had been doing some shooting in Los Angeles for the video of the first single. He also stated that the first single will be released in few weeks, and he would be doing some radio work and some small gigs to promote his album. On 14 May, Shane revealed that the first single will be out on August. On 4 July, Filan revealed the title of his first single was "Everything to Me", and the resulting EP has three other songs "Everytime", "Today's Not Yesterday" and "Once". The release date was also announced as 25 August.
On 20 August 2013, Filan performed "Everything to Me" live at the 2013 Rose of Tralee festival, his first live solo TV performance.
On 10 September 2013, Filan released About You, the second single from his album You and Me. Shane released his latest CD You and Me in November 2013 and he is going a UK tour in 2014.

Artistry:
Filan, along with the other band members, has co-written a few songs, including:
"Fragile Heart",
"Bop Bop Baby" (reached No. 5 in the UK Singles Chart),
"Don't Say It's Too Late",
"I Wanna Grow Old with You",
"I'm Missing Loving You",
"Singing Forever",
"Where We Belong",
"Never Knew I Was Losing You",
"Love Crime",
"How Does It Feel",
"Crying Girl",
"Reason for Living",
"Miss You When I'm Dreaming",
"A Little Part of Me / Little Part of Me / Extraordinary Love",
"Love Ain't War",
"This Life",
"Closer",
"Too Hard to Say Goodbye",
"Last Mile of the Way",
^1 - Songs were found to be Filan's co-written songs. No other details whether it's for Westlife or not.
Songs written for other artists, (together with his former bandmate McFadden):
"Listen Girl" performed by John Ostberg,
"Let Me Be the One" performed by Simon Casey (co-written with Gary Barlow),
"Sei Parte Ormai Di Me" performed by Il Divo,
"The Music Won't Last / Music Won't Last" performed by Jerry Given,
In the week beginning 26 April 2010, an unreleased solo song by Filan called "Beautiful in White" leaked on the Internet, but it was credited as being recorded by Shayne Ward instead of Filan.

Personal life:
Filan married his childhood sweetheart, Gillian Walsh on 28 December 2003 at Ballintubber Abbey, followed by a reception at Ashford Castle, Ireland. Gillian is the cousin of fellow band member, Kian Egan, making Filan and Egan cousin-in-laws. Gillian gave birth to their first child, a daughter, Nicole Rose, at Sligo General Hospital on 23 July 2005. Their second child, a son, Patrick Michael, was born at Sligo General Hospital on 15 September 2008. On 5 July 2009 (the day of his 30th birthday) Shane announced that he and Gillian were having their third child. Shane Peter, named after his father, was born at 9.34pm on 22 January 2010 weighing in at 6 lbs 9oz.
He and his eldest brother, Finbar, run Shafin Developments - a property development company. The company was placed in receivership in May 2012 and Filan was declared bankrupt a little over a month later after suffering losses in Ireland's property crash. 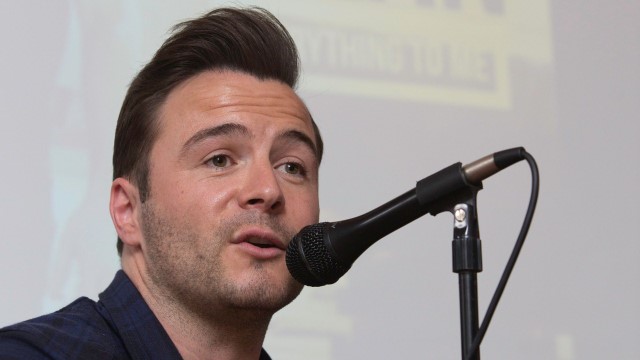 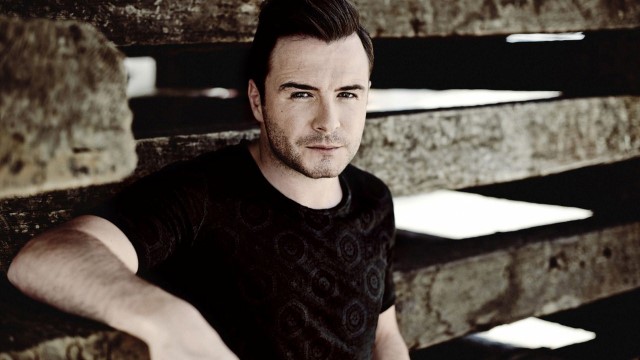 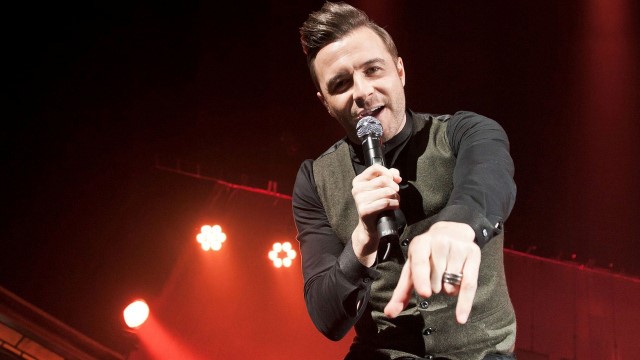