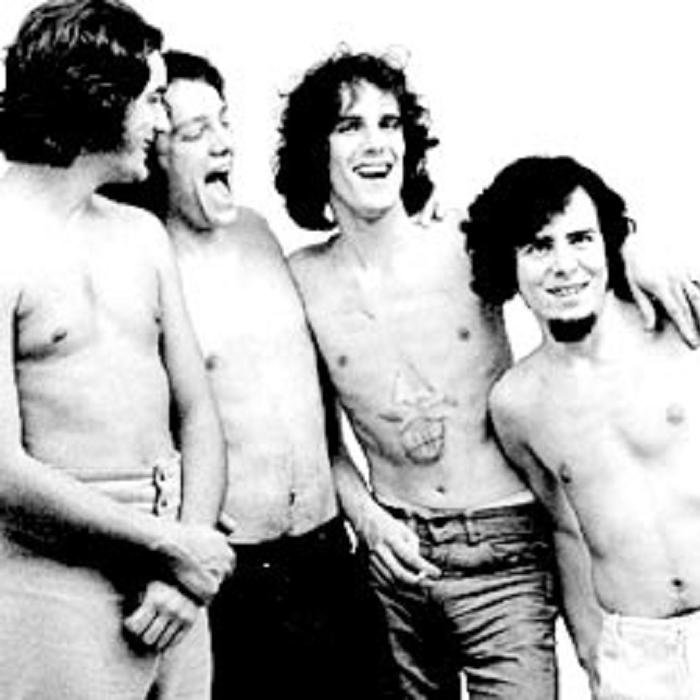 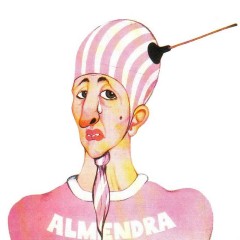 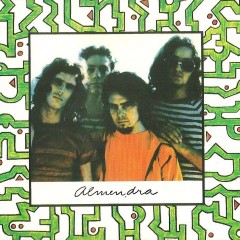 Almendra was one of the most important rock and roll groups from Buenos Aires, Argentina in the late 1960s.
Led by guitarist and lyricist Luis Alberto Spinetta, Almendra released between 1968 and 1971 a few singles and two albums that revolutionized the sound of Argentine rock for the remainder of the 20th century and almost single-handedly changed the way local rock music was perceived by critics and audiences. Widely compared to The Beatles by their local contemporaries, Almendra did not survive the 1960s and the making of the difficult second album, though all individual members went on to form the backbone of Argentine rock in the 1970s.

Almendra was formed in 1968 after the breakup of three teenage school groups, Los Sbirros, Los Mods and Los Larkins. The initial rehearsals were held at Spinetta's house in Belgrano (an upper-middle-class neighbourhood of Buenos Aires). By mid-1968, they met producer Ricardo Kleiman, who signed them for a single. Kleiman was the owner of an important clothing shop -Modart- and ran a radio show -Modart en la Noche/Modart at Night- that aired the latest editions of beat and rock music of the world.
On September 20, 1968, "Tema de Pototo" (a.k.a. "Para saber cómo es la soledad") b/w "El mundo entre las manos" was released. "Tema de Pototo" is a beautiful beat ballad about a friend they thought was dead. Both sides feature orchestral arrangements by Rodolfo Alchourrón, a request by the producer. By the end of the year, "Hoy todo el hielo en la ciudad" with a great fuzz guitar work by Edelmiro, hit the stores. The b-side features "Campos verdes" from which a promotional film was made.
Almendra played during the summer at the beginning of 1969 in Mar del Plata a resort city 400 km south of Buenos Aires. Their debut in Buenos Aires was on March 24, at the DiTella Institute, the avant-garde cultural centre of the 60s. Almendra spent the rest of the year performing at different venues, until September 21, first day of Spring and Student’s Day in Argentina, when they played at the Pinap Festival. Pinap was the name of a beat magazine, and this Festival was the first major event of Argentine rock.

Almendra's first album
Meanwhile, the group was recording their debut album. An odd event marked the completion of it. Spinetta had drawn an original enigmatic face character for the cover. Days afterward, the record company told the boys that the drawing had been lost, so they were planning to use a photo of the group instead. Obviously upset, the musicians looked for the lost drawing and eventually found it discarded in the garbage. Spinetta had stayed up all night reproducing his original artwork and took it to the record company the following day. The company offered no excuses the second time. The extraordinary debut album was finally released on November 29, 1969. Along with the infamous drawing, it included an insert with lyrics and technical information. The black & white back cover pictured the group live at the Pinap Festival.
By the end of 1969 the record company released a new single featuring "Tema de Pototo" and "Final". The latter was originally scheduled to end their debut album, but could not make it due to time length limitations. The group wanted "Gabinetes espaciales" to be the a-side of this single but RCA wished to promote "Pototo" instead. "Gabinetes..." was eventually included on the compilation LP Mis conjuntos preferidos (RCA Vik 3836).
In early 1970 another single was released with two songs from the album. Meanwhile, Spinetta was working on a highly ambitious -though not original at that time- project: a rock opera about mankind’s inner search. But while they were working on this new album the group split.

On 19 December 1970, Almendra (a.k.a. "Almendra double album") was released, along with a new single taken from it. The 2-LP set included only traces of the unfinished opera but was full of songs that previewed what the members of the group (noteworthy Emilio and Edelmiro) would do next. Although Luis Alberto Spinetta was the main composer of the first album and most of the singles, it was clear that his fellow musicians had their own ideas as well. The brilliant double album is, thus, pretty heterogeneous. The music is more complex and has much organ and guitar playing.
Side A begins with "Toma el tren hacia el sur" featuring a great Edelmiro guitar solo. Next to the short and simple "Jingle", a Molinari powerful guitar composition ("No tengo idea") follows. "Camino difícil", written by Emilio, would fit in any Aquelarre album. The steady rock of "Rutas Argentinas" (a very popular song on live shows), the dark "Vete de mí, cuervo negro", and another two Molinari compositions: "Aire de amor" (advancing the Color Humano style) and the excellent "Mestizo" completes this side. Side B features the chirping hard-psycho 14-minutes-long "Agnus Dei" and the cute "Para ir". Side C includes the powerful "Parvas", "Cometa azul", "Florecen los nardos", -all with great guitar work- and Del Güercio's rhythm ballad "Carmen". Side D begins with "Obertura" (obviously the ill-fated opera’s overture), followed by the country-folk "Amor de aire" and "Verde llano" (both written by Edelmiro). This last side continues with "Leves instrucciones", a nice tune sung by Emilio & Luis Alberto and the outstanding "Los elefantes". "Un pájaro te sostiene" -a rock number written by Del Güercio- and the great Spinetta’s guitar oriented "En las cúpulas" close this highly recommended album.

Almendra’s split produced bands Aquelarre, Color Humano, and Pescado Rabioso.
Years later, on 7 and 8 December 1979, Almendra reunited to play live at the Obras Sanitarias Stadium in Buenos Aires. These highly successful shows led to a big tour including various cities of Argentina and Uruguay. A 2-set live album -Almendra en Obras (Almendra ML 712 & 713) -, and a studio album of new material -El valle interior (Almendra ML 135) - were also released, this time on their own independent label.
Some interesting compilations are 1972’s Almendra (series Rock Progresivo) (RCA Vik LZ-1227) and 1977’s Muchacha, ojos de papel (RCA AVS-4765). Both include singles. A rare 4-song EP with PS (RCA Vik 3ZE-3704) also exists. Also, a now-impossible-to-get book titled Almendra, featuring poems and drawings was published in 1970. All records were re-issued on CD. [Note: CD Cronología 1 includes the first RCA album plus all the singles and CD Cronología 2 -now out of print- includes all the songs of the second album in chronological recording order, except the songs released as singles (since they are already included on Cronología 1). This way, these 2 CDs features the Complete Almendra recordings on RCA. Also, the double RCA second album was later released as a 2-CD set with its complete original running order.
BMG released a 4-CD Box with all their studio recordings.