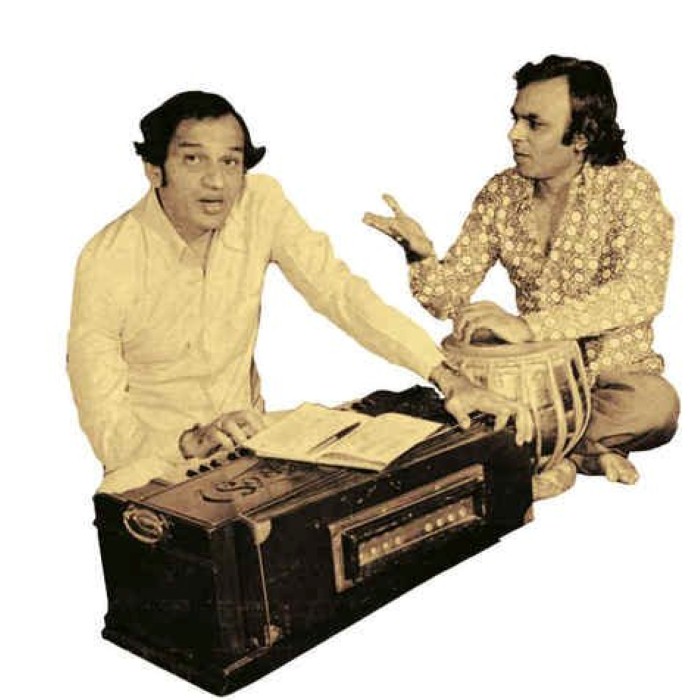 Kalyanji and Anandji were born to Virji Shah, who migrated from Kutch to Mumbai to start a Kirana (provision store) business. The two brothers began to learn music from a music teacher, who actually knew no music, who taught them in lieu of paying his bills to their father. One of their four grand parents, was a folk musician of some eminence. They spent most of their formative years in the hamlet of Girgaum (a district in Mumbai) amidst Marathi and Gujarati environs — some eminent musical talent resided in the vicinity. The brothers were known for their humility and easy-to-approach nature. They also were well known for their love songs and poetry readings.

In the late 1990s and early 2000s, their work was introduced to a young Western audience by three albums. ‘Bombay The Hard Way: Guns Cars And Sitars’ was a mix album put together by US DJ Dan The Automator; ‘Bollywood Funk’ was an Outcaste compilation album put together by Sutrasonic DJs Harv and Sunni; while ‘The Beginners Guide To Bollywood’ was compiled by John Lewis from Time Out magazine. All three of these records concentrated on Kalyanji Anandji tracks from 1970s films that featured funk breakbeats, wah-wah guitars and Motown-style orchestrations.