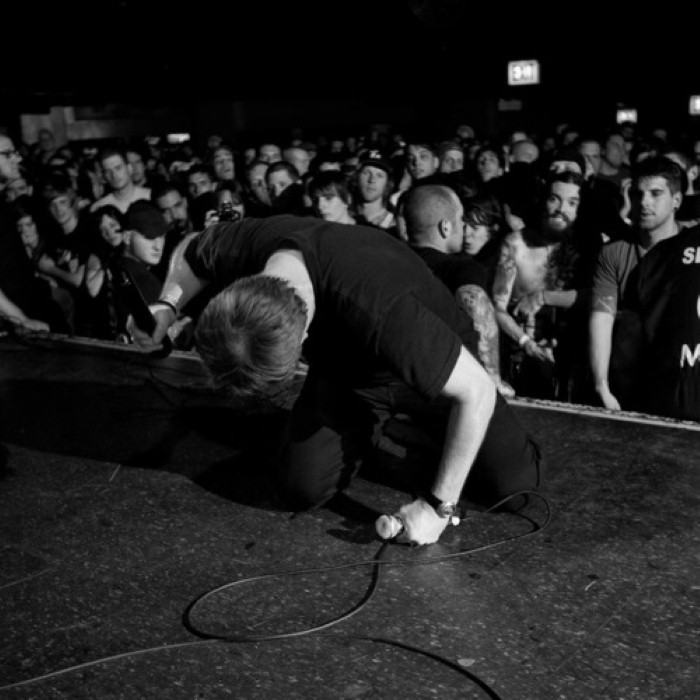 The Death of True Spirit (0)

It's Getting Tougher to Say the Right T (0)

Unbroken was a hardcore band from San Diego, California. They were influential in the Southern California hardcore scene during the mid-to-late 1990s. The band chose the name Unbroken because they wanted to emphasize their dedication to the straight edge philosophy of drug abstinence. However, most of the members have since given up this belief.

The band’s members were also in the groups Struggle, Swing Kids , Kill Holiday, Julia, Some Girls, Smooth Man Automatic, Johnny Angel, Stabbed By Words, and Over My Dead Body before, during, and after Unbroken’s existence.

Guitarist Eric Allen committed suicide 3 years after the break up of the band. The band reformed soon after Eric’s death for 1 show as a benefit to Eric’s family.

Rob Moran until recently played in the hardcore group Some Girls and now resides in Seattle. He has more recently started a band with John Pettibone (former member of Undertow and Nineironspitfire, currently in Himsa), Ryan Murphy (former member of Undertow, Ten Yard Fight, Ensign) and Aram Arslanian (guitarist of Champion and vocalist for Betrayed). The band, The Vows, is a straight-edge band that is musically influenced by the old-school hardcore band Judge. The Vows released a CD on Indecision Records in 2006.

Rob Moran is in a new band called Narrows with Dave Verellen of Botch and Ryan Frederiksen of These Arms Are Snakes. They have an ep and album coming out on Deathwish Inc.

Dave Claibourne sings for the band Stabbed By Words (who have a full length out on Hawthorne Street Records), and is a drum & bass dj with Dedication Crew in St. Louis, MO.

Steve Andrew Miller moved away from San Diego and he resides in Orange County. He has a band called Crushed On You. Former Bleeding Through guitarist and long-time O.C. scenester Scott Danough joined the band a couple of months ago.