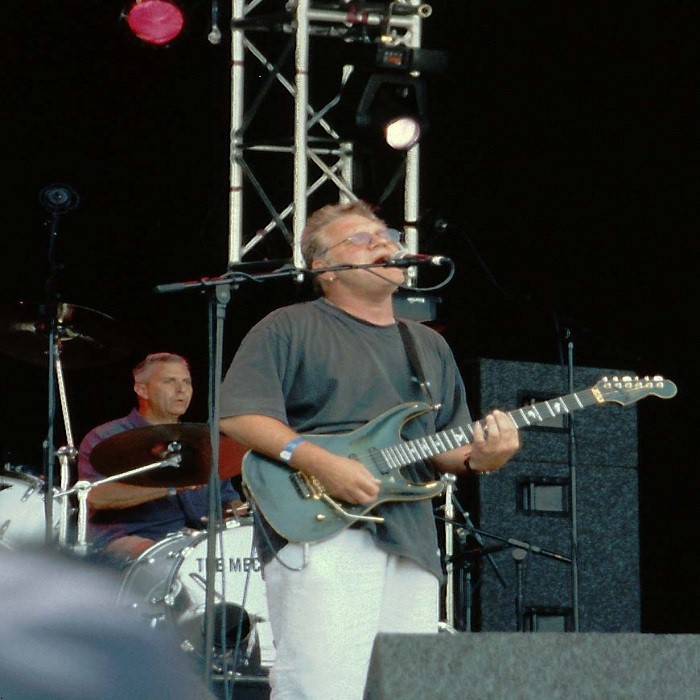 Al Hodge (1951 - 6 July 2006) was a guitarist and songwriter, who has had success with "Rock N Roll Mercenaries", a song that was recorded by Meat Loaf and John Parr in 1986. Hodge co-wrote the song with the American, Michael Ehmig.

Hodge was one of the most successful singer-songwriters to come out of Cornwall in recent years. For forty years Hodge, who was born in Bodmin, performed mostly in pubs and clubs. During the 1960s he was guitarist for the band The Onyx. He also did session work with some well known acts such as Toyah Willcox, Sad Café, Randy Crawford, Linda Ronstadt and Suzi Quatro.

Hodge was a guitarist for Leo Sayer from 1981 to 1985. He was also a guitarist for Elkie Brooks in 1999 and 2000. He wrote music for numerous TV programmes and appeared on many TV shows throughout Europe.

In the years before he died he taught many young guitarists in Cornwall. He died after a two-year battle with cancer on 6 July 2006.

In July 2007 the first Alstock Festival was held in his memory with one of the bands made up of Al Hodge's students.In June 2008 the second Alstock took place in Bodmin, Cornwall, with a much larger line-up of local bands and is now held every year on the last Saturday in July.