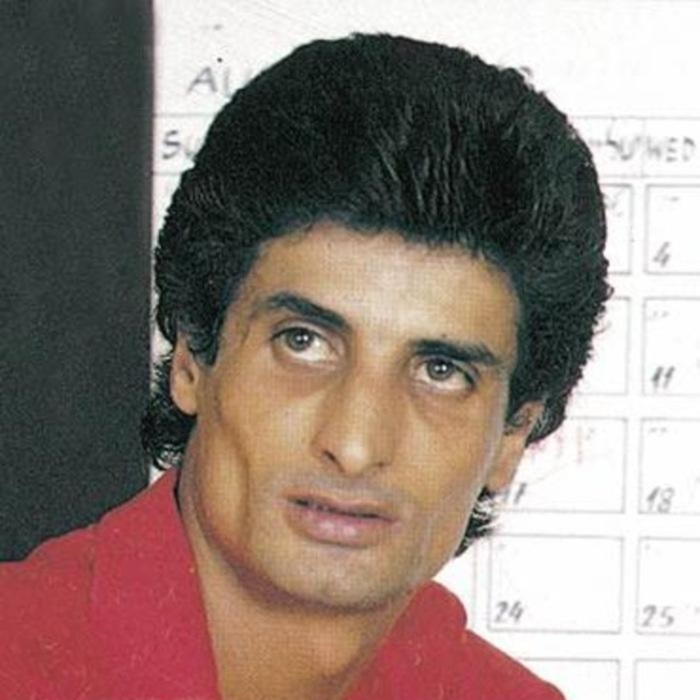 Zohar Argov (July 16, 1955 - November 6, 1987) (born as Zohar Orkabi) was a popular Israeli oriental Mizrahi style singer. The most serious disadvantage that Argov met in his rise to stardom was his Yemenite background, which was considered inferior to the prevalent European Jewish culture that dominated Israel since the settlement of the state. His singing abilities were developed by his early participation in the song and chant of Yemenite religious communities. Most of the Orkabi family (NB: Only Zohar Argov used the surname Argov, which was a stage name chosen for him by his producer) was in one way or another wrecked by poverty following its immigration to Israel. Both his father and grandfather died of alcoholism when he was young, and he and his brothers and sisters were raised by their mother. Argov was the first singer to achieve commercial and country-wide success with Middle Eastern (mizrahi) style music. The radio friendly music of the time pandered either to Zionist songwriters or shadowers of Western pop, both of which were influenced by 1960s American counterculture and dress. Mizrahi music was a deep backlash against integration of Yemenite, Moroccan, and other Oriental Jews, in that it rejected the often politicized bent of Ashkenazi (European Jewish) artists, and instead focused either on religious themes, or far more often on personal ones. Though Argov's music was largely suppressed by radio as primitive Oriental crooning (he neither wrote nor played an instrument), the impoverished Oriental street embraced his music and created an underground hero in him. This despite the fact that none of his music ever moved from either religious or personal/love subject matter. Argov's debut album Eleanor (1981) featured the title track, "Sod HaMazalot" ("Secret of the Charms"), and "Mah Lakh Yaldah" ("What to You, Girl"), the last a tribute to the love of his life, his ex wife Braha. Most of his popularity continues to be held among the working class, rather than the publishing media in Israel. What is beyond doubt is that throughout the late 1980s Argov fell into drug addiction to cocaine, and lived the life of a social outcast simultaneous to his massive success as an artist. Numerous legends surround his addictive rampages, which dragged members of his family with him. Argov, whose criminal record stretched back to his teens and who served a year in prison for allegedly raping a woman, committed suicide by hanging himself in his jail cell after he was arrested for the attempted rape of a woman