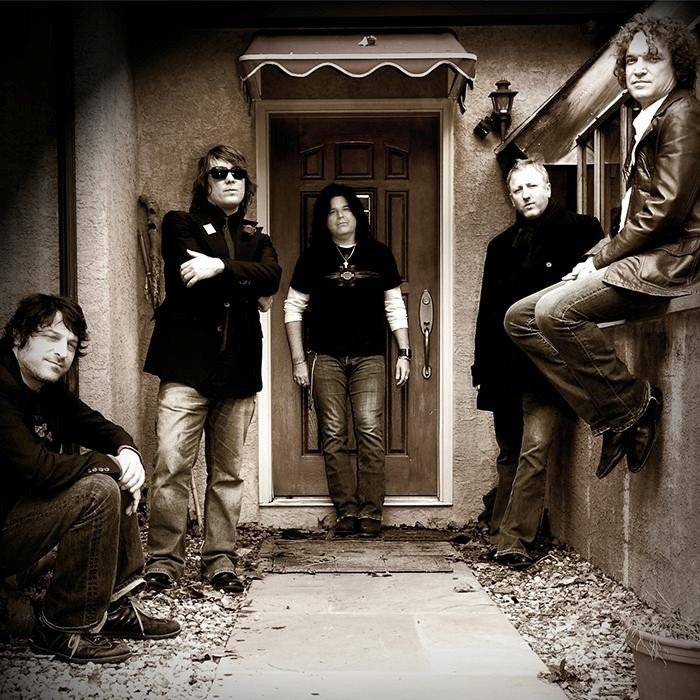 Blue Rose Records label's own 'super group' US RAILS has set its sights on being more than just short-lived entry in rock history and been gaining new fans and consolidating its cult status in Europe as well as in the United States. The past year and half has seen the ‘Rails mount successful tours through Germany, France, Belgium, Spain and The Netherlands in support of their second album, “Southern Canon” and a new collection of comfortable acoustic versions of old and new songs titled “Wire And Wood”. Spring 2013 will see the band heading back to Europe on their longest tour to date. The prolific group will be presenting material from their entire catalogue and featuring songs from their brand new Blue Rose release “HEARTBREAK SUPERSTAR”. All of this a formidable testament to how tightly knit Tom Gillam, Joseph Parsons, Scott Bricklin, Ben Arnold and Matt Muir have become as a band. They continue to write and record some of the finest folk rock and driving rock'n'roll music for the ever-hungry and growing Americana crowd.

The US Rails name has been circulating in well-informed folk/roots/rock circles for a while. A new little super group with well-known songwriters originally got together on the Philadelphia scene and caused quite a stir with its first few live appearances. But it was their phenomenal gig at the Blue Rose Christmas Party in December 2009 in Hannover-Isernhagen which convinced German roots music fans of the band's enormous talent and potential. As a confirmation, their eponymous debut album followed in June 2010 as well as an extensive and very successful tour of Europe shortly thereafter. That could've been it for this band since all five musicians have music careers separate from US Rails. But when inspiration strikes and there's a strong musical bond, things yet to be said and energy to be shared, they have no reason not to keep this train rollin’!

Five independent artists form the musical nucleus of US Rails. This puts them in a category with CSNY and the Traveling Wilburys as well as label mates The Resentments and Hardpan. US Rails are the direct descendants of '4 Way Street' from Philadelphia. There’s Joseph Parsons (acoustic guitar, vocal), the simpatico Philly singer-songwriter, now residing in Germany, a former Blue Rose artist since 1998. With his warm, sonorous voice he has proven himself to be a master of melodious, sensitive folk rock who can certainly rock out in concert, too. HIs latest release is “HOPE FOR CENTURIES” (Meer Music/Rough Trade). He also continues to record with Todd Thibaud for Blue Rose.

Ben Arnold (acoustic guitar, piano, organ, vocals), Scott Bricklin (bass, acoustic guitar, organ, vocals) and Matt Muir (drums, percussion, vocals) are also erstwhile members of 4 Way Street. Arnold certainly has the most recognizable, gravelly and soulful voice and has been releasing albums since 1993. In 2010 he released the excellent “Simplify” on Blue Rose and most recently released a new record “CIRCLE ‘ROUND THE SUN” in the U.S. He is involved in many musical projects on both coasts including In The Pocket with members of The Hooters.

Multi-instrumentalist, producer, recording engineer, singer & songwriter Scott Bricklin has also come a long way from 80’s cult band Bricklin and Philly’s Martin's Dam. He has been living in Paris for a number of years now and also released his self-titled debut in early 2011.

Tom Gillam (electric guitar, slide guitar, vocals), an established Blue Rose artist who also in the past, has worked as Joseph Parson's sideman - on tour and on record. He hails from New Jersey, joined the others in Philadelphia but has resided Austin, Texas for several years. It's his instrumental skills on electric guitar that add a rocking edge to US Rails.

He transports the delicate, harmony-laden and acoustic-guitar-driven folk rock into roots rock territory. He has also recently released “GOOD FOR YOU” a new full band record on Blue Rose which was produced by both Matt Muir and Ben Arnold.

Matt Muir has been playing drums, engineering and producing records for many years in and around the Philadelphia area. He offers a dynamic and eccentric center to the US Rails sound.

US Rails has been building their audience and their catalogue at a rapid pace. With the upcoming release of a brand new full length album and tour, they continue to grow as an un-stoppable musical force. The depth of their nightly set- lists now enables the band to stretch their shows into long and dynamic live “stories” of who they are, where they come from and where they’re headed next. It’s more than a band playing a concert. It’s a revealing, living and breathing experience not be missed! 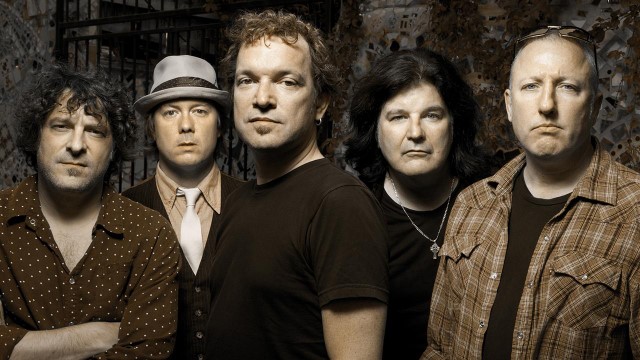